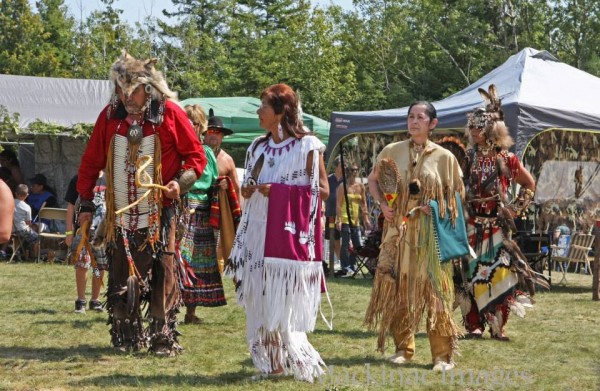 It was right around Thanksgiving that the U.S. Department of Energy, or DOE, announced the names of two Native American tribal divisions that had won the first round of the Climate Action Champions Competition, or CACC.

The CACC, launched by the Obama administration, is being adopted by local communities in an effort to establish energy efficiency goals, build more efficient infrastructure, and deploy green energy solutions like solar – all in an attempt to prevent more devastating climate events in Earth’s climate-change future.

Green? Native Americans Get It

The apparent dichotomy – between Thanksgiving (which was really a tragedy for Native Americans, not a celebration) and participation in climate change measures – is, in fact, not a paradox at all. Native Americans were about conservation, resource protection, and taking “footsteps” that lay lightly on the land (some tribal units more so than others).

These two winners – the Blue Lake Rancheria Tribe from California, and the Sault Ste. Marie Tribe of Chippewa in Michigan – were among 16 finalists competing in the CACC. The use of the word “Indian” in the press release seems like the unfortunate oversight of a newly fledged reporter. The other 14 winners are cities and towns.

This competition, which recognizes and supports steps that local and tribal governments are taking to reduce carbon pollution and prepare for the impacts of climate change, provides the impetus and some of the funding for tribal efforts to maintain and improve tribal lands across the United States.

And The Winners Are …

The Blue Lake Rancheria Tribe of Northern California is ideally situated to capitalize on the benefits of solar energy. Given the Blue Lake Rancheria’s ancient relationship with the land – an attitude of great respect and stewardship carried down to the present – it’s no surprise that the Tribe has reduced energy consumption by 35 percent and, further, committed to reduce greenhouse gas emissions by 40 percent by 2018.

The Sault Ste. Marie Tribe of Chippewa (pronounced Soo Saint Marie), which occupies Michigan’s Upper Peninsula – also known as the UP – has committed to reducing greenhouse gas emissions by 4 percent per year.

Given northern Michigan’s climate – bitterly cold and cloudy in the winter, often stormy during the rest of the year – pledging as much as 4 percent seems hopeful but unlikely. Still, the Chippewa (also known as Ojibwa) have always held to their northern forests, lakes and rivers, ignoring the prairie-burning, which the Sioux used to reestablish desirable native plants like Big and Little Blue Stem and fireweed.

As to the Lakota buffalo slaughter, it took the white buffalo hunters a mere three decades to wipe out all but 300 of what had once been estimated at 30 million, based on the carrying capacity of the land.

Rancheria and Sault Ste. Marie were the only Tribal entities in the winner’s circle and will be given climate science and climate-risk assessment and projection tools to evaluate future measures and upgrades. For a complete list of winners, and detailed information of the funding and assistance the program will provide, please visit the White House’s website.