What Types of Solar Panels Should You Buy? 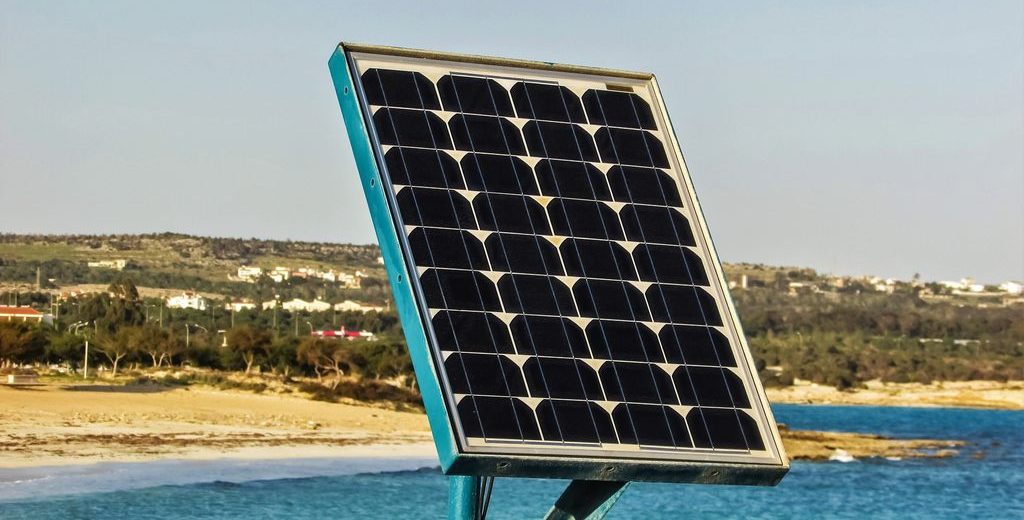 It can be more than daunting to scroll through the various types of solar panels available today.

How do you know what to buy? Which solar panels are more efficient? And what other factors should you take into consideration?

Solar energy has been appealing since its appearance on the commercial market in the 1950s with promises of low costs and renewable, clean energy. And unless you live in a remote island in Papua New Guinea, electricity is inarguably one of the most important commodities in your life today. Like in the case of all vital things to our daily functioning, electrical power costs money. You’re more than familiar with this concept. You, your spouse or your roommate get a nice little bill every month for your electricity use from the big, national grid – and you’re encouraged to pay this invoice on time unless you’d like to experience camping in your living room savoring a candlelit dinner that consists of canned food.

We’ve come a long way since Edward Becquerel’s 1839 discovery of the Photovoltaic Effect, Albert Einstein’s 1905 Nobel Prize paper – On a Heuristic Point of View about the Creation and Conversion of Light, which explained the exact mechanism of said effect– and Bell Labs’ production of the first solar cell in the 1950s.

Today, thanks to Einstein, his fantastic hairdo, and lots of other smart individuals, everyone gets to enjoy solar energy in the comfort of their own home – and even on the road. Although hooking up your home to a solar system can involve inverters, racking and even solar trackers if you’re really cutting edge, the most important component of your solar energy hardware is, to state the obvious, the solar panels themselves. Encouraging is the fact that solar panel prices have been dropping considerably over the past decade, which is good news for us. In fact, according to a leading analyst at Bloomberg New Energy Finance, an abundance in the solar manufacturing market could lower module prices to as low as $U.S. 0.30 per Watt by next year, which corresponds to a 20% drop.

So back to the question at hand: what types of solar panels should you purchase? What exactly should you consider when browsing through the virtual world of online solar panel shopping?

Thomas Jefferson once declared that all men are created equal, but this is far from the case when it comes to types of solar panels. SolarCity has just released a report stating that PV modules should have a usable lifetime of 35 years, with an annual average degradation of less than approximately 0.5%. These “Tier 1” solar panels should also still produce at least 80% of their power after 35 years of service, which is actually 40% longer than the average 25-year lifetime expectancy of other types of solar panels.

The term annual degradation refers to all geographic and meteorological conditions that the PV modules are subject to throughout their life.

Since SolarCity is one of the largest manufacturers of solar panels in the world, the company is able to analyze the real time performance of tens of thousands systems, all connected to a central data base. In their study, SolarCity engineers examined over 11,000 panels to conclude that their quality was much higher than the average industry standards.

Annual degradation takes into account all factors that will lower the power production of solar panels over the years – such as the every day increases and decreases of temperatures, heavy rain and hail that can damage the exterior of solar panels, water vapor inside the panels and sunlight gradually breaking down essential materials.

This has led to the definition of Power Production Warranty: Tier 1 types of solar panels that are warranted to lose no more than 0.7% efficiency annually for the first 25 years.

So stick to premium manufacturers such as SolarCity, SunPower and SolarWorld if you want to secure your solar energy investment. You can also check out last year’s top 10 solar companies for more options.

You may have heard that certain types of solar panels can reach efficiencies up to 46%. This was achieved in December of 2014 following the efforts of Soitec, CEA-Leti, France working with Fraunhofer ISE, Germany. If you’ve wondered where to purchase these exotic solar energy jewels, the answer is that you can’t. These technologies are yet to be available to the consumer market and are primary used in other applications such as the space program. Rather, the Average Joe is left to contemplate purchasing solar panels of a much lower efficiency – meaning in the 20 to 22% range.

To this day, SunPower still holds the record for the most efficient rooftop solar module in the world, achieving an efficiency of 24.1% (which was validated by the National Renewable Energy Laboratory).

These numbers, naturally, lose some of their grandeur when entering the consumer market. For instance, Mr. Average Joe today can purchase SunPower solar panels of 21.5%, which can fit 33.5% more power in the same space than other panels sold globally – including the Tier 1 16.1% Trina All Max series.

What does this tell you? Well, you shouldn’t be looking at efficiency numbers by themselves: considering the actual power generated by your rooftop area is just as important. An approximate rule of thumb to keep in mind is that a square foot (sqft) of roof space should generate about 17 kilowatt hours (KWh) annually assuming a standard efficiency. This translates as a SunPower panel generating 23 kWh/sqft/year. So look at your electricity bill and divide that by an educated guess on how much roof space can actually be used for the installation of solar panels. Now you have an approximate annual KWh usage number to rely on when shopping around.

So what’s the catch? Well, going for the highest efficiency solar panels costs more; to be exact, you’ll pay just about 2.5 times more by purchasing SunPower PV panels rather than other Tier 1 panels. While the price of your home solar energy system will increase, the upside is that it’ll take you longer to pay off the entire system, which is a strong advantage in a market where prices of electricity are constantly rising. For this reason, the majority of individuals are opting to invest in higher priced and higher efficiency PV modules.

What it really comes down is achieving a balance between price and need. How much electricity do you need? How much roof space is available for the installation of solar panels? If you lack space, can you afford to purchase high-efficiency panels that over time, will save you money and bring you one step closer to achieving independence from the grid?

As mentioned earlier, the Power Production Guarantee accounts for solar panel degradation. Reputed manufacturers will replace your solar panels at no cost if exterior conditions have affected your home solar system’s efficiency over time, i.e. – more than 1 to 2% in the first year, followed by a ~0.7% loss every year after that.

There’s also a hardware warranty to keep in mind. The solar panels themselves generally only have warranties that last 10 to 12 years. This protects you from any defects, including those caused by manufacturing, environmental problems or simply premature wear and tear.

Now imagine that 13 years later, your town (and subsequently the world) experiences an alien invasion. Your roof (and its elegant, expensive solar panels) become damaged as a consequence. While it remains unclear whether solar panels under an alien attack are covered in the hardware warranty, it no longer matters: you’ll need to assume the costs of replacing your solar panels on your own because of that one extra year.

So be careful of which products you purchase and from what company. You shouldn’t have this problem if you invest in top tier products, and this may not even be a problem if you decide to save 10 to 15 cents per Watt by opting for less-expensive PV panels. The call is yours to make.

Factors # 4: Upcoming Trends, New Technologies and Your Plans for the Future

Finally, last but not least is everything else. For instance, Factor # 2 talks about planning the purchase of solar panels based on your roof space and average yearly electricity consumption. But you may have other projects in mind, such as purchasing an electric car: if that’s the case then your yearly electricity bill will  increase while your fuel expenses exponentially decrease as you charge up your futuristic car in your own driveway.

Don’t forget that solar power technology is constantly evolving. It seems like new methods to boost solar efficiency are coming out every month, including the manufacturing of various types of solar panels, assembling solar cells with different chemical compounds, coating PV panels to capture more light, arming our systems with state-of-the art solar trackers and even trying to imitate the biological process of photosynthesis in plants. While we’re not telling you to wait decades and decades until making a decision, do keep an eye out for upcoming product releases scheduled in the near future – such asthe Tesla solar roof shingles.