SolarCity vs Arizona Utilities: The War Wages On 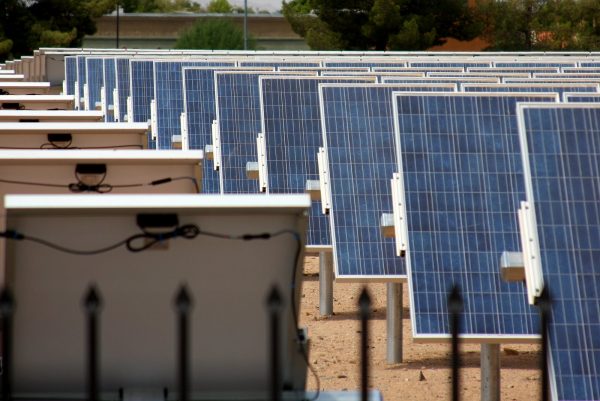 In Arizona, solar is heating up — but not in the way you’d think. According to ThinkProgress, solar users in Arizona will be subjected to a new, additional “demand charge” of about $50 per month starting in April.

This new charge will be based on user’s peak energy use, and all solar users have to pay it, regardless of the amount of solar energy they produce. This means that even if a home with residential solar panels produced enough energy to offset the amount of energy they would otherwise take from the grid, they still have to pay the utility fee.

The reason for the charge is simple. Public power utilities, like Salt River Project, want to charge for renewable energy fees in order to offset the costs for maintaining solar grid infrastructure. They believe since solar customers use the grid differently, it’s necessary to shift grid maintenance costs to customers who are using solar.

“To retain the level of service our customers have come to expect from SRP, we must continue to invest in modernizing our energy grid to adapt to new technologies and that will improve reliability and allow for more customer choice,” said Chief Financial Executive Aidan McSheffrey.

Meanwhile, SolarCity filed a lawsuit in Arizona federal court against Salt River Project over these changes. CEO Lyndon Rive sent a letter to the Salt River Project board, saying this new price plan is designed to undermine solar leasing companies like theirs, and it is inherently “unsupportable by any economic analysis”. They followed up by claiming Salt River Project is using anti-competitive practices so it can remain an energy monopoly, unfairly blocking solar power competition in the state.

Solar advocates argue that because residential solar panels can generate energy during peak demand hours, it reduces the strain on utilities and traditional power sources like gas and coal. It adds value to people’s homes and helps promote green energy. On the other hand, Salt River Project says it expects a net loss of $46 million for the fiscal year. Then again, SolarCity says the utility company has over $100 million in profits from electricity. So who is actually right?

It’s obvious that with solar installation prices dropping and installations increasing, Salt River Project wants to get in on the action and earn as much as it can from new solar users. Luckily, anyone currently using solar will be grandfathered in and get to keep their current utility rates for the next 20 years. However, it seems as though new solar owners in Arizona are the ones losing the most right now.

This is one of many stages in the unfolding drama of solar and distributed generation. Will the 100+ year old business model of the utilities prevail, or are we on the brink of a shake-up for the utility industry?

Do you live in Arizona and use solar? How do you feel about these changes?

What are the Top Solar Companies in Arizona?