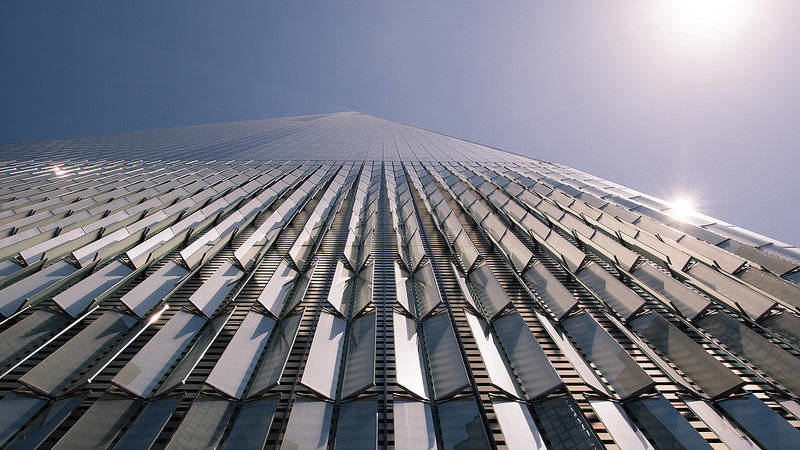 Civilizations have been harnessing the power of the sun since the 7th Century B.C., when magnifying glasses were used to concentrate the sun’s rays and create fire.

The modern solar collector was invented by William J. Bailey over a century ago. But in the past 15 years alone, solar power capacity and adoption has seen more leaps and bounds than in the past 2700 years combined. There’s no question that solar power is on the rise. Once regarded as an expensive option for those off the grid, solar power is now well on its way to mainstream adoption, seen everywhere from suburban neighborhoods to the White House. Since 2001, we’ve seen solar power adoption increase by over 700 percent. From 2010 to 2014 alone, U.S. solar capacity has grown by 418 percent—nearly 10 megawatts in just four years.
In reality, the growth we’ve seen is just the tip of the iceberg. Let’s explore four reasons why solar is surging in 2015.

In the past 15 years, climate change has gone from a liberal conspiracy to a very tangible problem. The rate of sea level rise over the last decade is double that of the last century. Global temperatures are on the rise. Oceans are warming and ice sheets are shrinking. The evidence is clear.
Carbon dioxide and greenhouse gas emissions are largely to blame for these changes, with the majority of these emissions resulting from burning fossil fuels for energy production. Because of this, finding a renewable energy source has become a top priority in the fight against climate change. Solar power is a very attractive energy alternative. Not only is solar power emission free, it’s extremely sustainable—the sun produces enough energy in one minute to supply the world’s energy needs for one year. As we continue to look for climate change solutions, expect to see solar power investment near the top of the list.

In addition to climate change, solar popularity has seen a big boost from technological improvements. In December 2014, researches in Australia set a new record for solar conversion efficiency by converting over 40 percent of sunlight captured into usable energy. This was accomplished by splitting the sunlight into four different cells, instead of the standard single cell model which only achieves a maximum of 33 percent efficiency.
For the average consumer, more efficient means more affordable, as energy savings more easily outweigh the initial costs of the system. According to the U.S. Green Building Council, “The efficiency and cost effectiveness of residential solar is approaching a tipping point where homeowners should be asking themselves why they haven’t yet adopted the technology.” 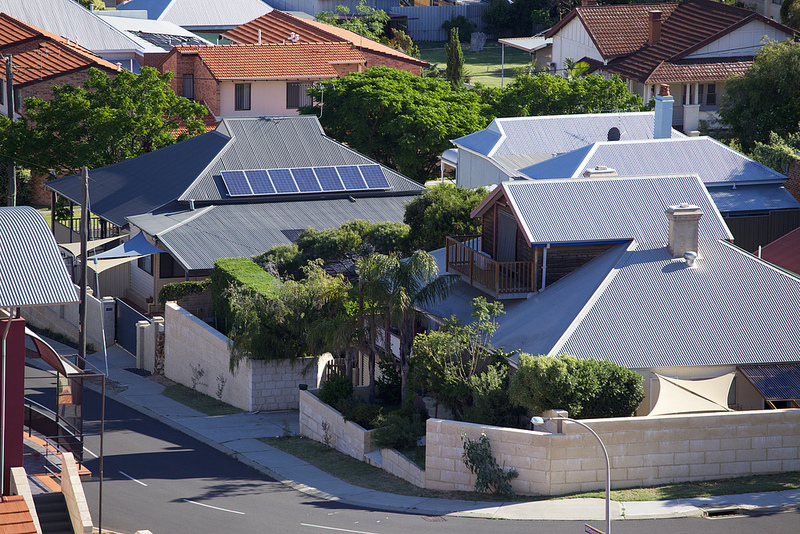 Solar popularity has seen a huge boost from improved consumer affordability, and it’s not just efficiency that is making systems more affordable. From 2010 to 2013 alone, the prices for rooftop PV systems dropped by 29 percent. In addition to buying systems outright, consumers also have the option to lease solar panel systems at no cost to the homeowner via a power purchase agreement. This allows consumers to enjoy the energy savings of solar without the high upfront costs of purchasing a system.
Consumers can also take advantage of numerous tax credits and rebates, including the Federal Residential Renewable Energy Tax Credit which has a rebate amount of 30 percent. Depending on your state, these incentives can bring the total cost of a solar panel system to under $10,000.

Local and national legislation have helped boost the popularity and feasibility of solar power. 30 states have specific Renewable Portfolio Standard (RPS) programs that place an obligation on electricity supply companies to produce a certain percentage of their electricity from renewable energy sources. 16 of these 30 states have a specific set-aside for solar energy. This means that states must find a way to encourage residents, businesses, and utilities to consume and produce energy through a renewable source, often through financial incentives.
Solar power is surging and will only continue to grow as we seek to cease our dependence on traditional energy sources.
Bryan Phelps is a solar energy analyst at Vivint Solar.