Arkansas Utility Gets Into Solar Energy 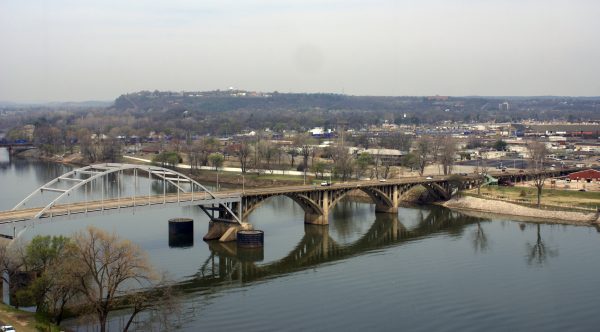 When you think of states going strong with solar, you think of California, Hawaii, Arizona — the usual suspects. You might even think of New York or New England states, which are quickly catching up. But chances are you didn’t think of Arkansas first.

According to UALR Public Radio, Entergy Arkansas has announced plans to add the state’s largest solar power plant by the end of the decade, so long as it’s approved by the Arkansas Public Service Commission.

Entergy Arkansas, which is the state’s largest electric utility, said Arkansas County’s Grand Prairie will soon be home to an 81-megawatt photovoltaic solar energy generating facility. Once it’s build, it will be connected to their grid no later than mid-2019.

Soon to be known as Stuttgart Solar, this project will involve an array of solar panels covering almost 500 acres that will generate enough solar to power about 13,000 homes. The utility company entered into a power purchase pact with an affiliate of NextEra Energy Resources, who will develop the solar facility and provide all the renewable energy credits. Additionally, Entergy Arkansas plans to invest $2.4 billion over the next two years on energy generation and distribution improvements to the state’s electrical infrastructure, focusing on the goal of upgrading efficiency and reliability across all energy sources.

Arkansas Soon to Be Solar Player?

Part of why you don’t think of Arkansas as a solar state is because…well, it isn’t. Arkansas ranks nearly last in a list of state solar report cards due to policy and payback from previous years. Entergy Arkansas’ energy portfolio shows that 71 percent of its power generation comes from nuclear energy. And renewable energy overall only accounts for less than 3 percent of the state’s energy.

However, it’s clear the utility knows where the future is headed. Hugh McDonald, CEO of Entergy Arkansas, said the company’s move into solar is “meeting the needs of our customers now and in years to come means embracing new technologies in our industry that make sense for our customers and for the communities we serve. This will place Arkansas in a position to grow by creating jobs through attracting new businesses and expanding existing ones, all while keeping our rates lower than the national and regional averages.”

As the largest energy provider and generator, it makes total sense for Entergy Arkansas to expand beyond nuclear and traditional energy sources. Other energy providers have begun diversifying their energy portfolios, so why not the largest one? More importantly, it’s a sign that states beyond the coasts may be starting to seriously consider the benefits of solar in a big way.

What do you think of Arkansas’ solar play? Tell us in the comments!

Image Credit: Herrick via Wikimedia under a Creative Commons license