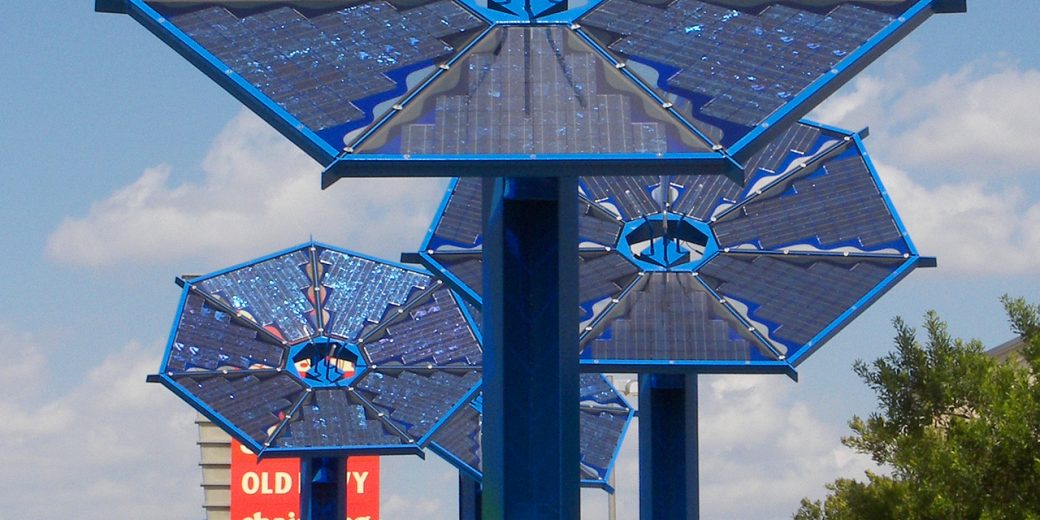 Texas is known for barbecue, football fanatics, and “Texas Tea,” or a massive number of oil fields. While Texas has done a lot to increase its wind energy capacity, it looks as though the Lone Star State is starting to embrace solar.

According to Scientific American, Austin Energy is adding 600 megawatts (mW) of solar energy to its portfolio as soon as 2017. The municipally owned utility company provides power to around one million people in Austin, and all new solar energy has to be produced within the territory of the Electric Reliability Council of Texas.

The solar power Austin Energy plans to generate is in part an answer to the Resource, Generation and Climate Protection Plan. This plan calls for 55 percent of all electricity to be delivered via renewable energy sources by 2025, with 900 mW of solar energy by that time. To achieve these goals, Austin Energy is considering getting solar power under agreements with independent solar firms or owning solar capacity itself.

About 60 percent of Austin Energy’s current energy comes from fossil fuels like natural gas and coal. However, renewable energy sources like wind and biomass power are growing rapidly, accounting for nearly 29 percent of energy produced in 2013. Over the next several years, Austin Energy will maintain its target of 800 mW of energy efficiency and continue adding incremental 100 mW, plus meet affordability metrics set out by the council.

Texas and the Path to Solar

Surprisingly, only 50 mW of solar have been produced thus far by Austin Energy. This is really a reflection of Texas as a whole. The state has produced tons of wind energy — over 14,000 MW of wind has been installed, and it’s ranked first overall for wind capacity. But all things considered, Texas has been fairly slow to adopt solar energy. Given its abundance of sunshine and vast land, it seems as though Texas would have boarded the solar bandwagon much earlier.

Finally, with Austin Energy’s announcement, that seems to be changing slightly. Austin Energy adding 150 mW of utility-scale solar in the next year will help boost its solar profile, and hopefully prompt other Texas utilities to follow suit. With Recurrent adding large utility-scale solar arrays in West Texas, it’ll become the largest single solar power plant in the state when it’s finished being built in 2016. And San Antonio’s CPS Energy aims to produce solar energy through OCI Solar Power. Between these, plus Texas’ continued contributions to increasing wind energy, the state may soon be formally known as the state with a love for oil.

What do you think of Texas’ plans to increase solar? What could they do to improve solar energy production? Let us know in the comments!