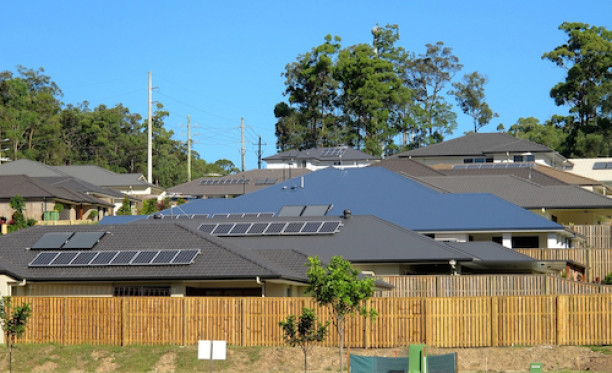 In the U.S., the biggest and most motivated state to push for clean energy is Hawaii. They recently announced they aim to reach using 100 percent renewable energy by 2045, by far the most demanding yet enthusiastically pro-solar goal in the country. However, across the Pacific Ocean, Australia is ready to compete for the same goal. According to Renew Economy, Australia could reach a goal of using 100 percent renewable energy as soon as 2040.

To reach this ambitious goal, Australia is looking to add 1.9 gigawatts (GW) of solar photovoltaic power, as well as 1.9GW of wind power capacity per year. Not in a few years, but every year.

From Renew Economy: “Andrew Blakers, director for Sustainable Energy Systems at the Australian National University, told the Australian Solar and Energy Storage conference in Melbourne that his conservative prediction was that Australia would reach 90 per cent renewables by 2040 – just through natural attrition.” At the rate Australia is adding solar and wind power in general (it cites that nearly 1GW of solar was added to rooftops last year alone), reaching 100 percent isn’t that crazy.

So just by using solar power more steadily every year, that ambitious goal is fairly manageable and — dare we say — easy to reach. And considering that solar and wind now cost as much as new fossil fuels, it’s simple to imagine a time in which an entire country and continent is able to power itself purely through clean energy.

How Australia Can Meet the Goal

Part of what makes 100 percent renewables-only in such a large country is the development of efficient solar cells. Blakers worked on solar energy conversion and PERC (passivated emitted and rear call) solar cells, which are expected to make up nearly half of solar cell production in the next decade. And these cells will help cut the cost of solar due to their efficiency. Heating water and building batteries becomes cheaper as these solar cells become more efficient, thereby killing fossil fuels in favor of clean energy sources.

Additionally, the renewables goal assumes there will be no new gas or coal-fired power plants being built. By their estimation, the national renewable energy target is on course to produce and deliver 28 percent of its electricity from renewable sources by 2020. However, if more traditional energy was built up over the next 10 years, this would throw off the numbers.

To put it into other terms, Director of ANU’s Energy Change Institute Ken Baldwin added during Clean Energy Week in Brisbane (in a separate article from Cool Australia) that if Australia double the current rate of solar and wind energy, renewable energy could provide all but a very small percentage of Australia’s electricity within three decades.

Do you think Australia can meet its renewables goal, or do you think they’ve got further to go? Do you think other countries, including the U.S., can come up with aggressive renewable energy goals like this one? Tell us your thoughts in the comments!

Image Credit:  via FlickR under a Creative Commons license