Department of Energy Competition Winners Are 5 Solar Startups to Watch 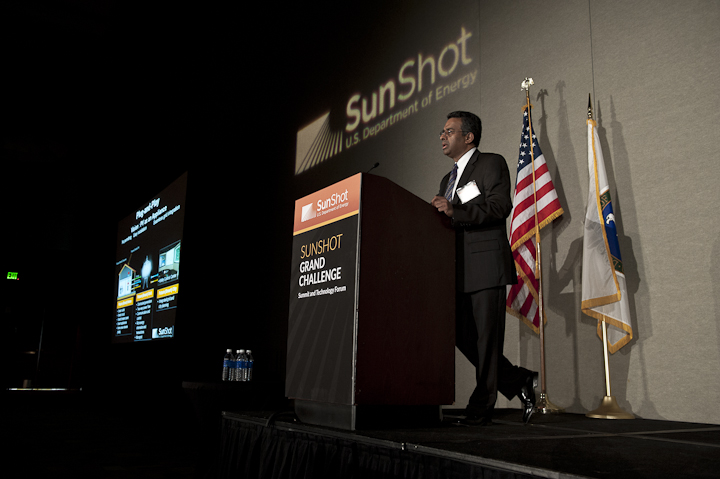 Tech startups in solar just got the opportunity to show off their development and research. Forbes reported on the U.S. Department of Energy’s Sunshot Initiative competition, in which 17 teams that gave 8-minute pitches about services to make solar power installation easier.

According to Forbes, the solar market needs IT improvements yesterday. Part of this is because sales people need a basic solar energy system design that’s not only functional, but efficient enough that they can offer a fair quote to consumers. However, the software that’s used isn’t always the same as the software used by the engineers to design the solar system that’s being installed. As a result, the price of the final product could vary a lot between what was originally quoted.

Enter the Sunshot Initiative program, which “aims to drive down the average wholesale price of solar electricity to $0.06 per kilowatt-hour by 2020,” says Forbes. SunShot has funded over 350 projects since 2011, and this competition (called Catalyst) is designed to promote market innovations quickly. Of the 17 teams, technology ranged from software to creating IT solutions for solar.

Judges picked five winning teams, who each won $30,000. Here are the five teams to watch:

Congrats to all the winners and teams that participated! It’s exciting to see this many solar startups making a mark.

What do you think of the winning companies? Tell us in the comments!

Image Credit: energy.gov via Wikimedia under a Creative Commons license