What is the Best Place to Buy Solar Panels in the US? 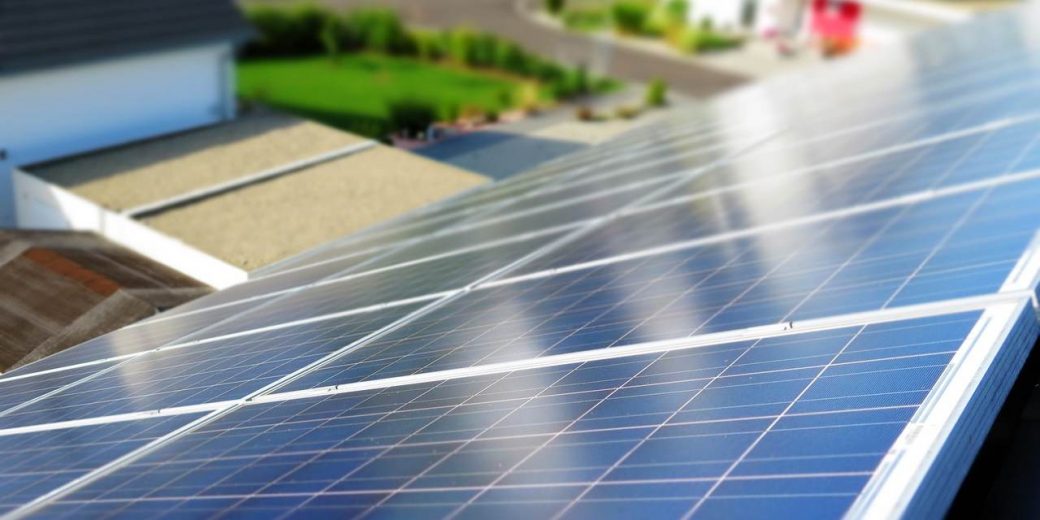 For most of us, moving to a new state because solar panels produce more electricity there or they have higher financial incentives for going solar just simply isn’t going to happen. Even if you’re not moving, it’s good to know what other states offer to compare to your own situation, so you can know how your situation compares to others.

Below, we’ve chosen the best states to install solar using a variety of criteria, with an overall winner (and overall loser…) based on numerous criteria at the bottom.

Irradiance is the amount of radiation coming from the sun – basically the intensity of the sunlight – and greatly affects how much electricity a solar panel can produce. The desert southwest sees the highest irradiance in the country, with Arizona seeing about 6 to 7 kilowatt-hours per square meter per day – the highest overall irradiance of any one state. States surrounding Arizona like California, Nevada, and New Mexico also see very high levels, though not as consistently across the entire state. 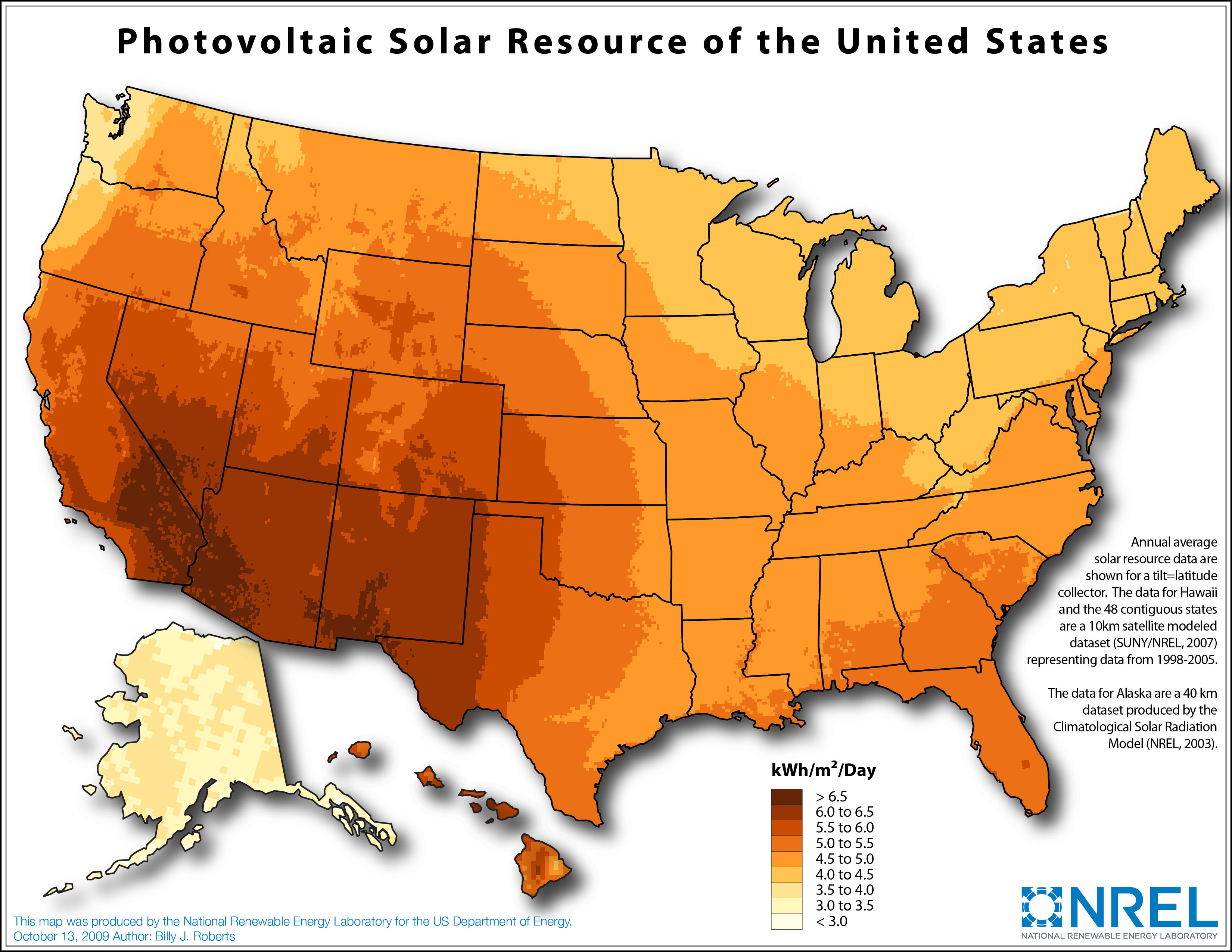 To show how important irradiance levels are to your solar production, take a look at the following situation:

According to the National Renewable Energy Lab’s PVWatts solar calculator, an average-sized (250 watt) solar panel will produce about 420 kilowatt-hours of electricity per year in Phoenix Arizona. This same solar panel in Juneau, Alaska, (the state with the lowest levels of irradiance in the US) produces just 236 kWh per year – about half of the Arizona solar panel. If a homeowner in Alaska wanted to produce the same amount of electricity as a homeowner in Arizona, she’d need about twice as many solar panels to account for the lower solar irradiance!

If thinking about installing solar, don’t rely on state-level averages. Be sure to look up irradiance levels for your specific address. As you can see in the map above, each state sees a wide variety of irradiance levels! 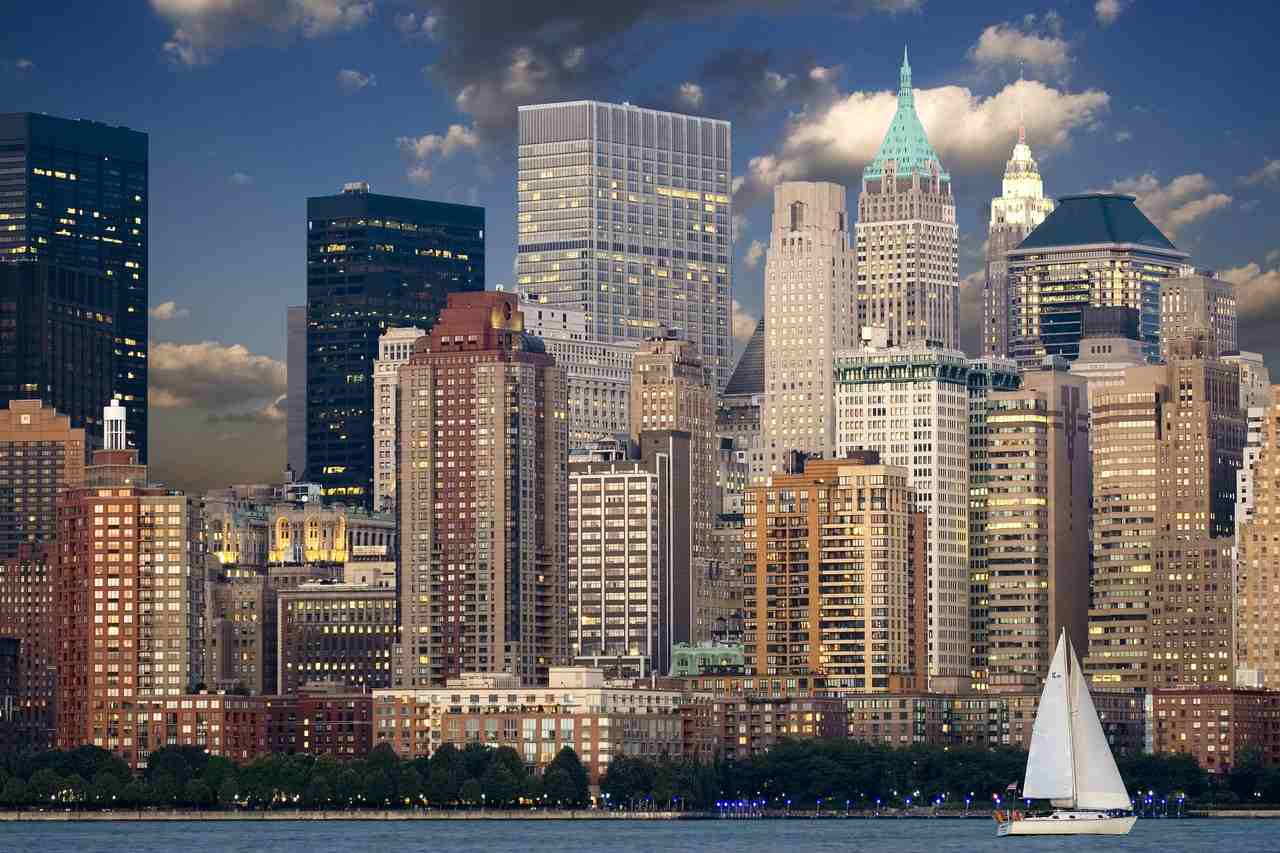 While New York sees fairly low irradiance levels, it accounts for the 7th most solar energy out of all the US states. Solar is installed on around 108,000 homes and the number of installations grew 575% from 2012 to 2015 – a testament to the state’s highly-supportive financial incentives.

Keeping Up with the Joneses – Most Rooftop Solar Installations: Hawaii

With 564 MW installed, Hawaii falls just 8th on the list of states with the most installed solar. This may not seem like a big deal, but consider that Hawaii’s population size is extremely small, just 1.4 million, and your perspective starts to shift. In fact, Hawaii has more installed solar than Colorado, a state many see as extremely solar-friendly and has almost 4x more people to boot!

The main draw for homeowners wanting to go solar is the huge financial savings solar can bring from avoiding the highest utility rates in the US. 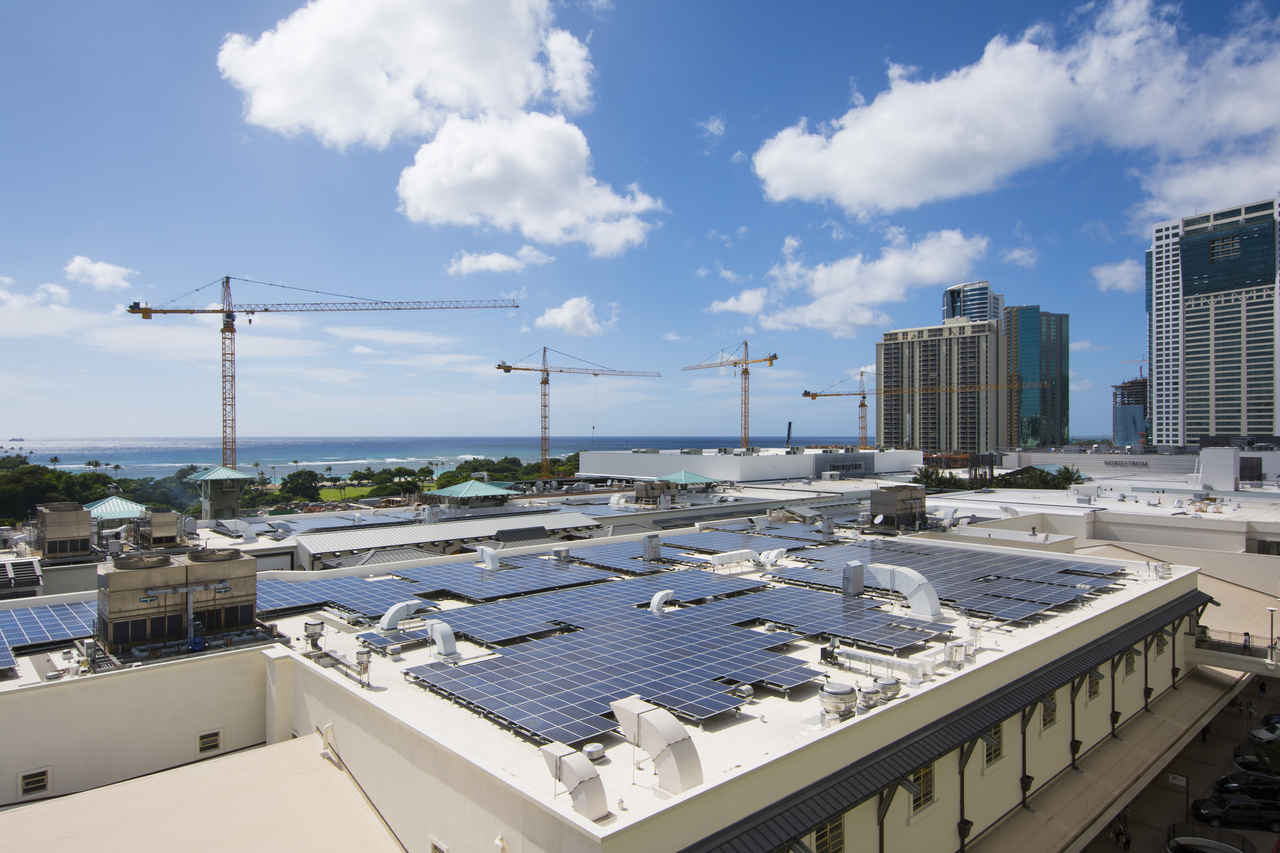 It’s estimated that about 30% of all homes in Hawaii have solar installed on their roof. So if you’ve got a hankering for solar and want to be surrounded by like-minded folks – probably on all sides in fact – you better move to Hawaii!

Most Prepared for the Solar Craze: New York

It doesn’t come as a surprise that the state with the best financial incentives for going solar is also the one attempting to prepare for the future of the energy industry, where roof-top solar and small-scale renewables are an everyday sight.

New York’s’ Reforming the Energy Vision (REV) initiative seeks to prepare the state for a more distributed, give-and-take energy grid of the future, where electricity will flow not just to homes and businesses, but from and between them as well. REV promotes regulatory changes that lead to more efficient use of energy, wider deployment of small-scale renewable energy like roof-top solar and micro-grids, and greater freedom and choice for residents in how they use their electricity.

The program focuses on setting goals for the amount of electricity to be sourced from renewables, as well as implementing energy efficiency strategies and cutting greenhouse gas emissions. As New York pushes forward into this uncharted territory, states all over the country are eagerly watching to see what works and decide if similar programs make sense for their own communities. 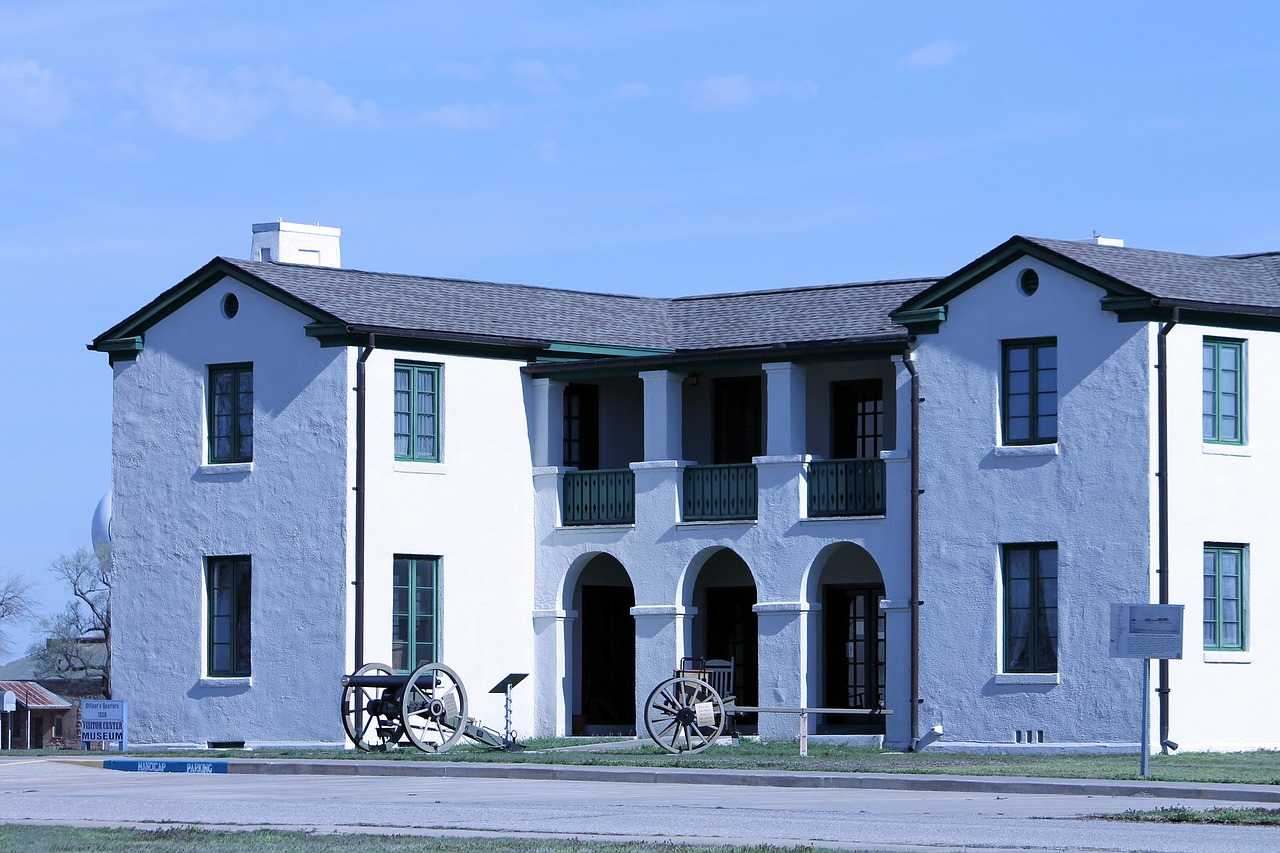 Looks like a good spot for solar to us.

Before we say which state is the overall best for solar panels, let’s take a look at the worst state for installing solar panels.

If you’re thinking about installing solar in Oklahoma, think long and hard before making any decision. The state, despite seeing higher irradiance levels than most other states in the country, provides little to no incentives for solar installation. Third-party ownership isn’t allowed, so leases and power purchase agreements that have made solar so popular over the last 10 years simply aren’t an option, requiring homeowners to pay upfront for solar installations.

On a positive note, like many states in the country, Oklahoma has set a goal that 15% of its electricity must come from renewable sources by 2020. A good sign right? Unfortunately, the goal is simply a goal, not a mandate and is fairly gutless. Unlike in other states with similar goals, there is no penalization for businesses that fail to comply.

Doesn’t seem like a recipe for great success and if Oklahoma truly wants to take advantage of their strong sun and jumpstart an industry that is flourishing in other states, they need to instate a more comprehensive plan to encourage growth as well as offer some financial incentives for going solar. 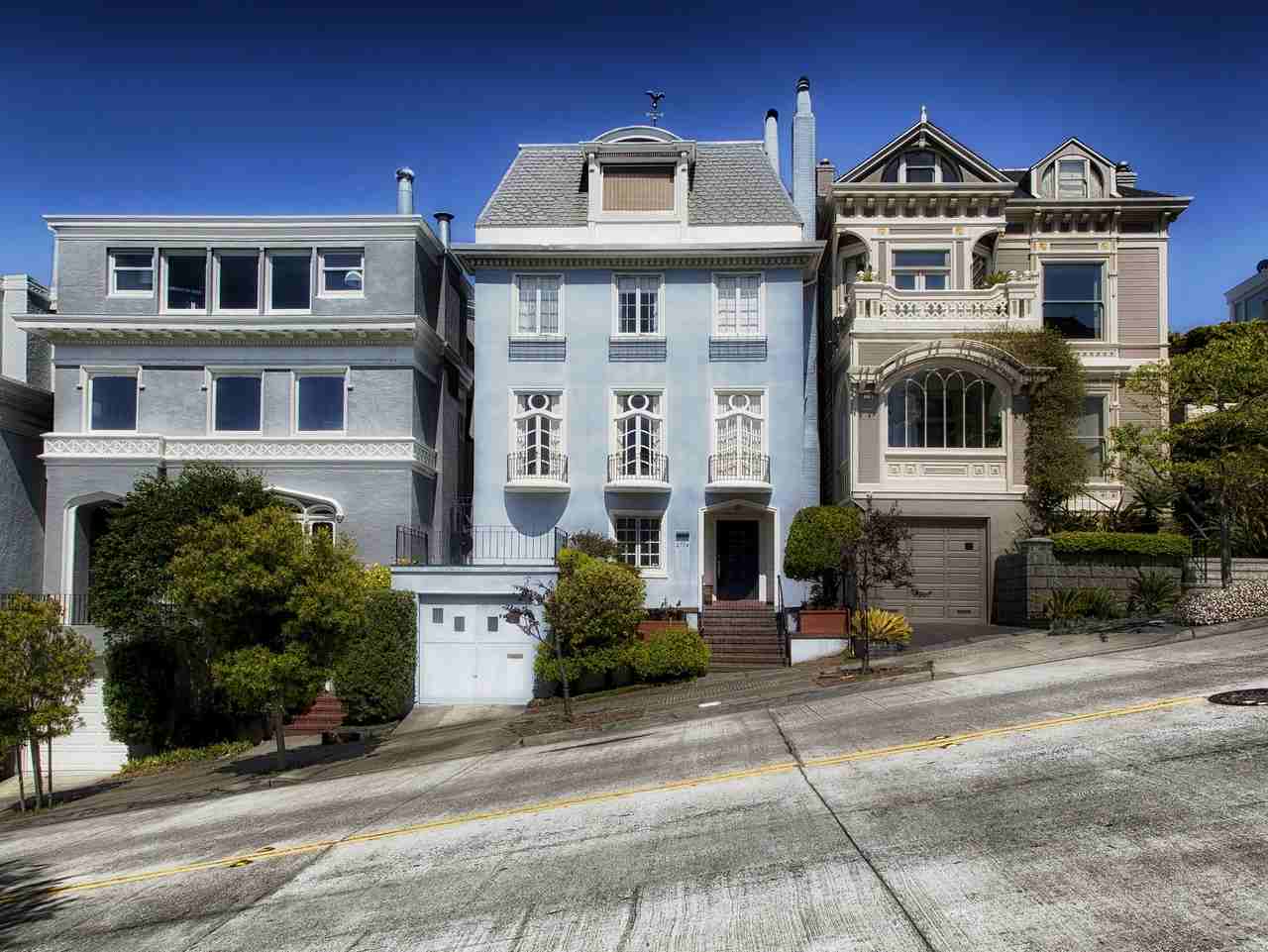 Numerous incentive programs make going solar an easy decision. State-wide net metering allows homeowners to receive credit on their bill for excess generation at full retail rates, with the option to cash out at the end of the year for any excess generation at market price. The California Solar Initiative also provides upfront rebates to homeowners going solar based on system size. The New Solar Homes Partnership provides incentives to builders and developers for installing solar on new residential buildings and the state also offers a property tax exclusion for solar installations that is available until the end of 2016, making solar even more attractive.

All of these financial incentives, coupled with California’s high irradiance levels and high RPS goals make going solar in California a no-brainer.