Study: California Can Use Developed Land for Solar Power 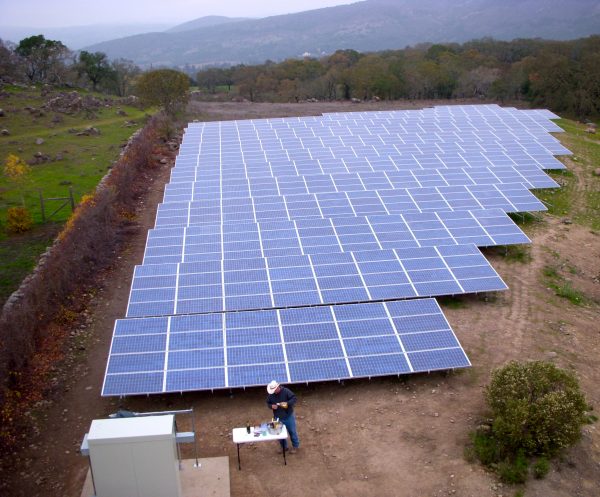 For many people, the question of where to put solar panels is what holds their community back. While putting giant solar panels out in the desert or in a field far away from the city makes sense (lots of sunlight in a flat space), it does have the potential to destroy environmentally sensitive areas.

That’s why a new study in Nature Climate Change could change the game, as it suggests that in a state like California, there is enough space to install solar power on or close to land that we already occupy. Better yet, there’s enough space in the state to power three to five Californians.

Right now, California is going for the gold in terms of becoming the number one clean energy state. It wants to supply a third of its electricity from renewable sources like wind and solar by 2020, as well as cut its carbon dioxide emissions 80 percent by 2050, according to the Washington Post.

In order to meet those goals, California has to find the space to develop and build solar power plants of greater scale. That’s partly why so many plants are located out in the desert and other remote areas, where there is plenty of open land and sunshine. But many of these lands are home to ecosystems that could fall apart if they’re covered in solar panels. Moreover, the sites can be too far away from where power is actually needed. Los Angeles, San Francisco, and San Diego are all located on the Pacific coastline — a far cry from the hot inland desert. Although transmission lines can be built to deliver electricity to homes, there’s a desire for a more reasonable solution.

Building Solar Where You Can

Roofs are already a solar power hotspot. Residential solar power continues to grow, saving homeowners money on their utility bills and increasing the value of their homes. However, what about other rooftops or grounds?

Rebecca Hernandez and Christopher Field at Stanford University and the Carnegie Institution for Science studied photovoltaic cells and concentrating solar power to see if people can take advantage of open spaces in developed areas.

After assessing California’s land, they discovered the most “compatible” places would be in areas that humans have modified or developed, with enough open, flat space. This means constructing solar panels in parking lots, farms, fields, golf courses, warehouses, and businesses. With 2,422 square miles of “compatible” land for photovoltaics and concentrating solar power systems, Hernandez and Field found that photovoltaics could provide about 1 billion kilowatt-hours a year in power, and concentrating solar power systems could provide about 6,000 terawatt-hours a year.

There are, of course, other factors that play a role in how much land can actually be developed into solar projects. Federally protected areas, for example, are off limits. Not every community will agree right away to parking lots and rooftops covered in solar panels. And there’s the issue of available transmissions lines to deliver all that power in the first place. However, this research is extremely promising news, and may go a long way towards helping California meet its aggressive renewable energy goals.

What do you think of using already developed land to build solar panel systems? Tell us in the comments!