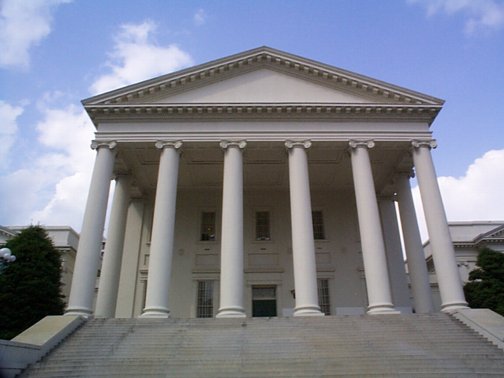 Two states, two different approaches to clean energy. In Virginia, lawmakers said “yes” to solar power, passing a number of bills in its latest session that will bolster solar in the state. But next door in West Virginia, the governor approved a bill to rewrite net energy metering rules for on-site distributed solar generation after vetoing the nearly identical bill a few weeks before. What does this mean for each state?

The bills that were passed in the Virginia state legislature will embrace solar initiatives. Public outcry attempting to shoot down the Clean Power Plan was heard, according to PV Magazine, and instead the solar bills will double non-residential net metering to 1 megawatt and establish the Virginia Solar Energy Development Authority to help utilities develop 400 megawatts of solar projects by 2020.

Furthermore, local authorities can now finance clean energy for business. The state is expected to approve the Regional Greenhouse Gas Initiative program in its next session. All of this is, of course, great for solar power overall, and demonstrates how another unexpected state on the East Coast is quickly becoming a leader in solar generation.

While Virginia may be embracing solar, its neighbor West Virginia took steps towards making it harder to build rooftop solar panels. Gov. Earl Ray Tomblin approved a bill to rewrite net energy metering rules, despite vetoing a bill that was nearly the same two week prior. The bill Tomblin signed included minor revisions compared to the bill that was initially vetoed. virtually the same proposal two weeks earlier.

Solar industry groups had cautioned the proposal would jeopardize rooftop solar in the state, encouraging Tomblin to veto it. Now, the bill will require the Public Service Commission to stop cross-subsidization through net metering, and conduct an investigation into net metering rules. It also caps the amount of consumer generation capacity eligible for net metering at no more than three percent of total utility peak demand.

“I encourage the Public Service Commission to continue to evaluate the costs and benefits of West Virginia’s net metering policy to balance the potential for new jobs and investment in alternative energy without unfairly burdening current ratepayers,” said Tomblin. While Tomblin stated he wants the Public Service Commission to look into the benefits of solar power, lobbyist groups like American Electric Power ultimately prevented the commission from considering any benefits of solar.

Here’s to a future where Virginia continues to expand and push its support of solar, and where West Virginia works harder to fully understand the benefits of solar and begin championing it.

Do you live in Virginia or West Virginia? What do you think about these recent laws? Tell us in the comments!

Image Credit: Amadeust at Wikimedia under a Creative Commons license