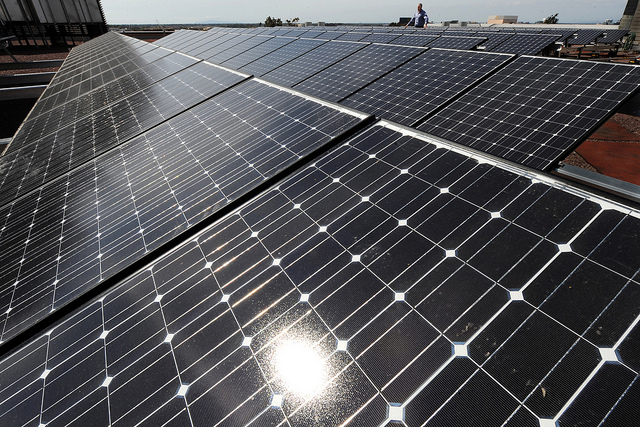 For every passing day that another person installs rooftop solar panels on their home to harness the power of the sun for energy, another low-income home is left out. Generally, solar power hasn’t been a particularly egalitarian enterprise, leaving out low-income housing due to the cost of adding solar rooftop panels to their homes. That may change with a new California plan to bring free solar power to its poorest citizens, saving them hundreds (if not thousands) of dollars in energy costs.

According to Good, the nonprofit firm Grid Alternatives based out of Oakland will be leading the initiative using $14.7 million raised through cap-and-trade laws. These laws require companies — aimed at large companies like factories, oil refineries, and power plants — to buy “credits” for each ton of carbon dioxide they produce.

So with those “credits,” their goal is to provide over 1,600 free solar panel systems by the end of 2016. To qualify for the program, homeowners must own their home in a state-defined “disadvantaged” neighborhood, and they must earn 80 percent or less of the area’s median income per household.

The credits program was first introduced by California State Senator Kevin de León, who said he introduced that particular bill to ensure “our disproportionately impacted communities benefit from investments in clean energy. These investments will bring energy savings, quality jobs, and environmental benefits where they are needed most.”

Previously, Grid Alternatives had worked on providing solar power energy to low-income homes, but what makes this time so different is that the money used to pay for the solar panels is coming from the state cap-and-trade fees. It also makes the plan remarkable because it puts into action the purpose of the bill in the first place — using the funds collected as an “environmental tax” of sorts towards the expansion of renewable energy. While the current cap-and-trade system may not be doing what Grid Alternative is doing overall, the fact that Grid is doing it in the first place proves that this kind of taxation can be used to further improve the livelihoods of other citizens and promote greener, cleaner energy sources.

Already citizens are enjoying it, according to SFGate. For example, Kianté London used the program to put panels on his three-bedroom home. “It helps me and my family a great deal to have low-cost energy, because these energy prices are really expensive,” said London. “And I wanted to do my part. It’s clean, green energy.”

What do you think of the Grid Alternatives plan? What else can be done to offer solar power to everyone? Tell us your thoughts in the comments!