Every California Solar Roof to Run an EV by 2050? 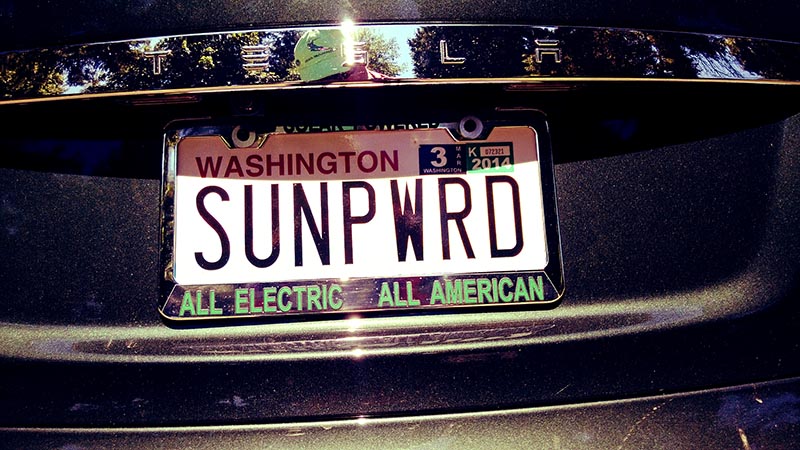 Thirteen states and countries with a combined auto market size of ten million passenger cars a year have pledged to switch every new one to zero emissions by 2050.

If they achieve the goal, the EV market globally will zoom from 1 million to 200 million EVs by 2050

Led by three literally world-changing Governors, Jerry Brown of California, Dannel Malloy of Connecticut, and Kate Gordon of Oregon, US states including New York, Massachusetts, Rhode Island, Vermont, and Maryland are pushing the US auto industry to get roughly 200 million zero emission vehicles (ZEVs) on the road between now and 2050.

They are joined – so far – by Québec in Canada, and by Germany, The Netherlands, Norway and the United Kingdom in Europe.

To date, the electric car industry has produced and sold a million EVs, and half a million of these are on just California’s roads alone, thanks to the state’s tough rules for automakers.

California, the sixth largest economy in the world, employed tough love with US automakers. You want to sell in this state? Simple. Make at least one EV model to sell in our market. (Of course, it is not practical to make any model to sell in just one state. So, of course, they make enough to sell in other states too.)

As a result, automakers scaled up fast and since just 2009, have achieved the most rapid industrial scaling-up in any manufacturing industry since WWII.

So now Californians get to choose between EVs – not just luxury EVs like the gorgeous Tesla or golf carts – but they also get to pick between plenty of practical everyday ZEVs; Chevys and Toyotas and BMWs and Nissans.

The transportation sector is among the fastest growing source of carbon pollution, contributing almost one-quarter of the global energy-related emissions, according to the United Nations.

So meeting climate goals means we must switch from combustion-powered driving ASAP. To cut carbon pollution globally, the next generation ride must be battery-electric, plug-in hybrid or hydrogen fuel cell. 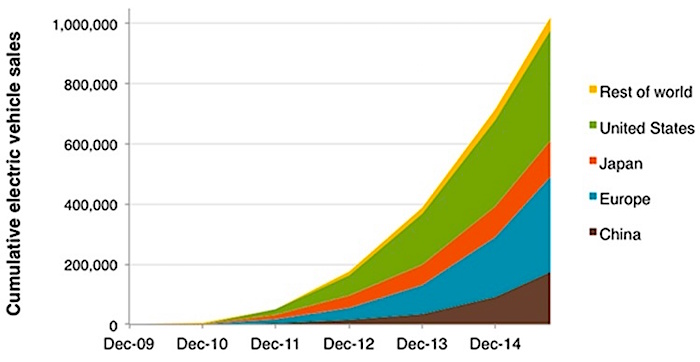 According to a white paper published by the ZEV Alliance; if the world transitioned off combustion engines to electric power for all passenger vehicles it would cut emissions by more than one billion tons per year by 2050. While commercial vehicles like buses and trucks account for 60%, passenger vehicles represent nearly half of global vehicle emissions globally.

It is most cost-effective from a manufacturing point of view to switch these over too, but to start with the lighter weight passenger cars. This way automakers have time to really develop confidence in the new paradigm before lugging the superheavy loads and battery production also has time to scale up to cover demand.

Politically, it is going to take time for auto dealers to adjust their business models too, to do without auto repairs. The cumbersome combustion engines with the myriad little things that go wrong have been a very lucrative side business for auto dealers. Electric motors are very different. No more oil replacements, no filter replacement, no spark plugs, no transmission.

What will this mean to homeowners considering solar?

If you are making a decision to go solar, it’s not too soon to consider also including a few extra kilowatts to run an ZEV, if space permits. Come 2050, homebuyers are definitely going to be looking for homes with the ability to save them money at the charging start.