Why Californians Will be Driving on Sunshine in 15 Years 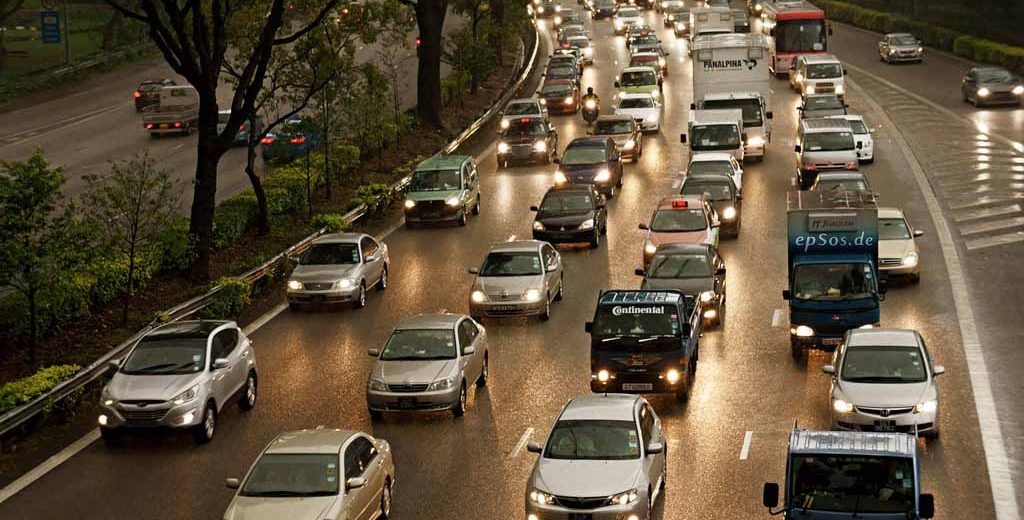 SB350 requires California utilities to play a key role in speeding up a major switch – from burning gasoline to driving on sunshine.

California’s powerful oil industry is surprisingly influential, even though it’s a progressive state that leads the nation in solar deployment.

So it was no surprise that, when the state’s very ambitious Senate Bill 350 passed in October, requiring California to get 50% of its electricity from renewable energy like wind and solar (big hydro is excluded) by 2030, Big Oil had forced legislators to remove a provision cutting gasoline consumption.

But with billions ploughed in by Big Oil, enough legislators were cowed and that provision was erased from what passed in the end.

Initially that looked like a huge win for the oil industry. Big Oil prevented the climate legislation from including a 50% cut in gasoline use in SB350. But the devil was in the details.

Hidden in the larger bill was a pleasant surprise!

Language in the bill directs regulators to help reach those ambitious goals by making it easier for the state’s 23 million drivers to opt for vehicles that run on electricity instead of gasoline.

Mary Nichols, who as head of the state’s Air Resources Board has helped craft the governor’s climate policies, chuckles when asked why the oil companies didn’t try to block the electrification language in SB 350. “Perhaps they should be asking their lobbyists that question,” she says.

“The language of the bill was out there in plenty of time for people to see it. I’ve been accused of brilliant strategy, creating this diversionary battle so the really important part of the legislation could go through, but I really can’t take credit for this.” (Via Bloomberg)

“The media was focused on the fight over cutting petroleum consumption by 50 percent, but this is going to do a lot of the same thing.”

According to Laura Wisland of the Union of Concerned Scientists – while the media had been focused on the failure of the specific provision cutting petroleum consumption by 50% by 2030, that in fact a little noticed aspect of the overall bill will achieve the same effect – by leveraging Big Electricity against Big Oil.

The reasoning behind the legislative language is that a wholesale switch to driving on sunshine would significantly impact greenhouse gas emissions.

Currently less than 2% of the cars on California roads are electric. In 15 years, estimates are that 1/4 of the vehicles will be zero-emission EVs.

In a recent study from Electric Power Research Institute (EPRI) – “Environmental Assessment of a Full Electric Transportation Portfolio” the EPRI concluded that if by 2050 electricity were to replace gasoline for about half of the nation’s cars, then GHGs could be cut by somewhere between 45% and 77% compared to 2015.

The range of potential GHG cuts depends on how much of a switch is made.

If the switch involved replacing half the nation’s lightweight cars like Honda Accords for example with electric vehicles, then emissions would drop 64%.

If the switch included heavy cars like SUVs like RAV4s, and also commercial trucks and vans (and also forklifts and cargo handling machines at the nations ports) this would result in a massive 77% drop in emissions.

This is why California legislators had tried to get a 50% cut in gasoline use into SB350 – to jumpstart the switch.

The bill incentivises California state utilities to speed up the adoption of electric vehicles. After all, if everyone drove on electricity, that would be an opportunity for the utilities to grab a piece of the $55 billion the state’s drivers spend each year filling up with the dirty stuff.

PG&E alone plans to install thousands of charging stations throughout Northern California by 2018. Until 2014, utilities were not permitted to own or run charging stations, in order to foster private competition among startups in the brand new market for charging EVs. 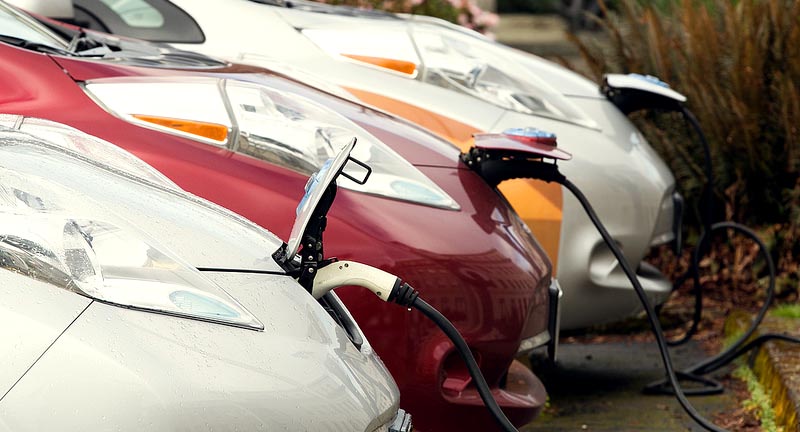 To do so, legislators snagged an equally formidable foe by setting Big Electric against Big Oil. The final bill still targets the oil companies – but by empowering competition from the utilities.

And since the utilities are already mandated to get 50% of their electricity from renewable sources like sun and wind by 2030, within 15 years Californians driving EVs will be driving on the cleanest electricity in the US.

With its increasingly solar-powered grid, it makes sense for Californians to drive electric on sunshine.

In some states, run on coal, EVs are no cleaner than gasoline cars. That is not the case in California, where coal is only about 1% of the grid, and dropping, while solar represented 7.4% of the grid by the end of 2014 – and that’s rising rapidly.

And these percentages, required in utility mandates, don’t even count behind-the-meter rooftop solar, which has expanded so much faster than regulators expected that there was never a provision to count it. All utilities see is that rooftop solar is “decreasing demand” rather than actually supplying additional power on the grid. According to one estimate, all the residential solar rooftops added in separately come to 2.4% of the grid, as of the end of 2014.

Bottom line, California has a clean grid that’s getting cleaner, so it is not coal, but cars that are its worst problem when it comes to climate destabilization.

So, if you are among the many in California thinking of going solar before the 30% tax credit expires in December 2016, and you know you’ll need a new car within the next ten years, check with a solar advisor on how driving on sunshine changes the best way to optimize your solar system.