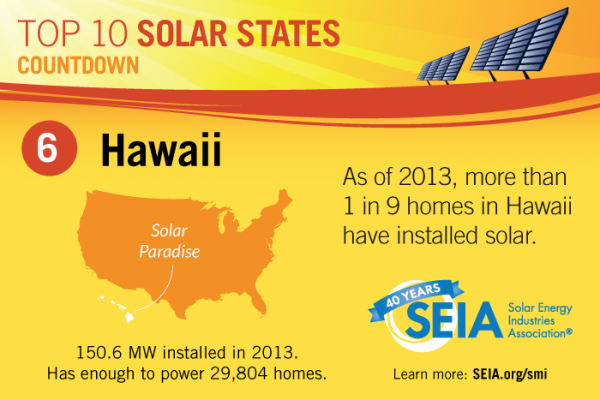 Hawaii is experiencing a solar boom like nowhere else. The state ranked 6th in total installed solar capacity in 2013, and now leads the nation in the percentage of electricity that comes from solar power (2.6%, which recently passed Arizona’s 2.4%). This is incredible, since the average adoption rate of solar energy in the US is under 1%.

1 in 9 homes in Hawaii now have solar panels installed.

As a homeowner looking to go solar in Hawaii, let’s face it: solar energy is complicated, and you may be looking for answers to the following questions:

The important thing is not to get lost in the details! These and many more questions are answered on the site, but don’t think that you have to be an expert in solar power to put panels on your home. Our goal is to help you make informed choices and boil things down to a clear, succinct summary.

Why does UnderstandSolar.com promote solar power in Hawaii?

Well, for starters, we love Hawaii!

It’s no question that the islands are one of the most beautiful places on earth, and we’d like to help keep it that way. Renewable energy like solar power is one part of the equation to keeping this paradise intact and clean for future generations.

What makes Hawaii so great for solar power?

For one, incredibly high electricity prices. Hawaii has some of the most expensive electricity in the nation– 2-3 times the national average! What this means is that solar panels in Hawaii are much more affordable than other parts of the US — they will pay for themselves much more quickly than in other areas. In fact, the average homeowner will save over $2500 on electricity in the first year they go solar.

How much do solar panels in Hawaii cost?

Most homes and businesses that use solar technology typically see a return on their investment in as little as 4 years. This is an extremely short amount of time when compared with other states that are located on mainland of the United States. The cost of installing a solar panel system is typically high but in Hawaii these expenses are slightly lower. Most homes within the U.S. will pay at least $18,000 for the average solar panel system but single family home PV systems are about $15,000 in Hawaii. Note that

What if I’m broke, can you still help me save money on electricity?

You don’t have to buy solar panels to have them installed on your home! One of the most popular ways to go solar is the solar lease, where a solar company installs and owns the solar panels but gives you a permanently discounted electricity rate. These deals, while they won’t save you as much as owning the panels in the long run, are nearly pain-free and save you money from day one.

How do I find a solar installer in Hawaii?

This is often difficult for the typical homeowner, but we can help. We’ve partnered up with several companies that make it a lot easier than looking in the phone book. All you have to do is enter a few details into the form on this site and you’ll receive quotes from several different solar companies (if you choose).

Are there any tax credits for going solar in Hawaii?

Absolutely, and glad you asked. Most people don’t know that there are numerous incentives for going solar, both Federally and on the state level. Hawaii’s solar tax credit is 35% of the cost of the system or $5,000, whichever is less, and this is in addition to the 30% Federal solar tax credit (yep, 30% right off the top of the system cost). Like any tax credits you have to wait to file your taxes to get this money back.

Hawaii has an extremely strong mandate to produce 40% of it’s electricity from renewable sources by the year 2030. If you want to get technical, check out the Hawaii Renewable Portfolio Standard, which is being phased in gradually until 2030.

It’s true that installing solar panels adds value to your home, and therefore can increase your property taxes. Most states offer an exemption for solar panels, but Hawaii only recently passed one, and only for the City and County of Honolulu. While this covers about 70% of the population of Hawaii, it still lets a few people fall through the cracks. If you’re one of those unlucky ones, just remember how much money you’ll be saving on the balance, and don’t forget to call your state legislature and tell them to get their act together.

Are Solar Panels Worth it in Hawaii?

Putting solar panels on your home is the only home improvement that pays for itself. Stop using dirty energy and start saving money while producing clean energy to power your home. It’s that simple.

So, what are you waiting for?

Solar energy in Hawaii is on track to grow rapidly over this decade. 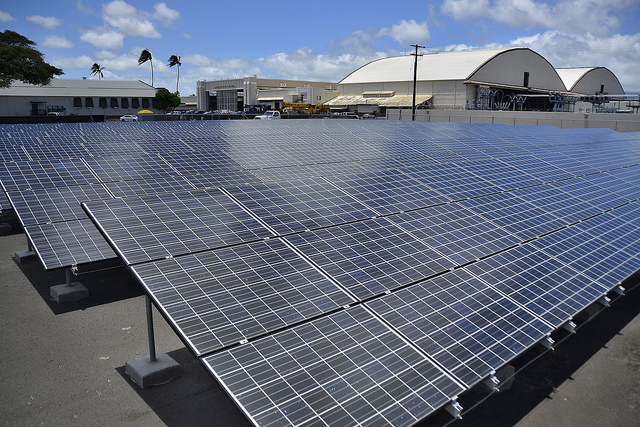 [US Navy Solar Panels in Hawaii]

Solar energy in Hawaii is expected to generate at least 40% of the state’s electrical power by the year 2030. Since the cost of fuel is a lot more expensive for residents who reside on this island state (as much as 3x over the mainland), the use of solar power only makes sense. Solar energy is a clean and renewable energy source that is best suited for the climate and environment of Hawaii.

Not to get too technical, but one gigawatt of electricity is able to provide energy for at least 700,000 homes.  In 2010, Hawaii solar energy generated 56 gigawatts (GWh) of electricity–more than enough electricity to meet the needs of many businesses, industries and residents within the state of Hawaii.

In 2012, 13.9% of electricity in Hawaii came from renewable sources including solar energy (see the end of 2012 Renewable Portfolio Standards report), which is on track to meet the mandate of 15% by 2015. Note that this is purely electricity and does not include energy efficiency and savings from solar hot water installations–both of which are valid and important ways to reduce the demand for electricity.

Hawaii’s Renewable Portfolio Standard mandates that 40% of energy in the state come from renewable sources by 2030.

Hawaii Solar Energy Rank in the US

It comes as no great surprise that Hawaii ranks #2 in the US for solar watts installed per person. At the end of 2011, more than 10,000 residential solar systems had been installed in Hawaii (Oahu, Maui, Hawaii Island) totaling over 78MW.

Here is the breakdown of solar energy production in Hawaii by island in 2010:

Solar panels in Hawaii are a common feature of the islands.

You’ve probably seen plenty of roofs around the islands already. Photovoltaic technology transforms sunlight into electricity primarily through the use of silicon materials that can be placed just about anywhere. Solar panels can be situated onto structure or grouped into a cluster on property. While distributed solar systems (eg on your home) make a lot of sense, so do the solar farms are spread out over the different islands which make up Hawaii. Solar panels not only provide electricity they’re also used to heat up water. These types of systems are called solar water heating systems and they too are used by businesses and homes.

Hawaii is on track to produce a great deal of it’s energy from renewable sources — we just hope that we’re doing enough. Want to get involved? Sign up to get a solar evaluation for your own home, or call your state legislature to see what they’re doing to speed the adoption of solar energy in Hawaii.