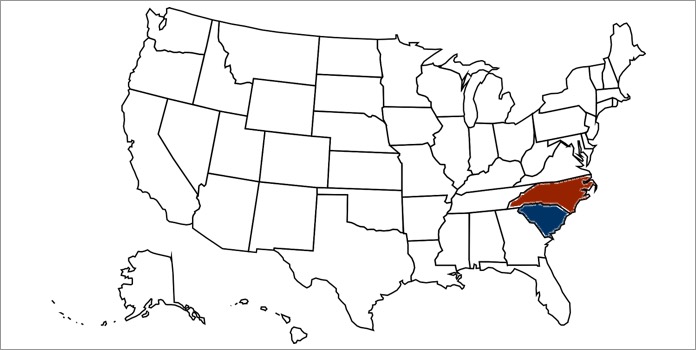 In terms of developing and producing clean solar energy, Georgia and Florida are doing their best to catch up to the Southwest. Now, it looks like their neighbors to the north are also playing catchup.

How South Carolina Solar Could Get Much Better

Since the proposal refers to building projects, Duke wouldn’t be competing with residential solar installation companies. Instead, it would be able to get very into utility-owned solar in a huge way. Plus, under this plan, residential solar users who install rooftop solar panels could earn around $5,000 in rebates.

How South Carolina Solar Could Get Worse

On the flip side, South Carolina Gas & Electric (SCG&E) “appears to be backpedaling on that agreement,” and has come up with a new proposal, according to Greentech. Unfortunately, this proposal raises tax concerns and doesn’t let consumers use the energy they produce.

This new proposal is a buyeverything and sell everything arrangement, so consumers have to sell all the energy they generate on their roof. Then they’re taxed on the sale of that energy, and have to buy the power they need from them. That’s not an improvement — that’s going in the opposite direction. So while there is a big push right now for legislative activity to give the consumer more power, there’s also a push to take it away.

How North Carolina Solar Could Get Much Better

Meanwhile, solar job growth in North Carolina has inched incrementally, growing about 25 percent in the last three years. Overall, clean energy technology annual revenues topped at $1.6 billion, and the state was the second-largest solar market in terms of new capacity added last year. That puts it on par to compete with high-grossing solar states like California, New York, Arizona, and Massachusetts.

What’s made solar grow so well in North Carolina? For starters, the state offers a cushy renewable energy investment tax credit, along with federal credits. Though utilities and interest groups want a more comprehensive plan when it comes to distributing solar energy throughout the state, it may lead to reauthorizing loans for solar and improving access to energy usage data so that consumers can get the most for their panels.

So what does this mean for the future of solar in the Southeast? It’s not quite there yet, but the outlook is sunnier than ever?

Do you live in North or South Carolina and have rooftop solar panels? How do you feel about what may happen with utilities laying down more regulations on consumers? Tell us in the comments!