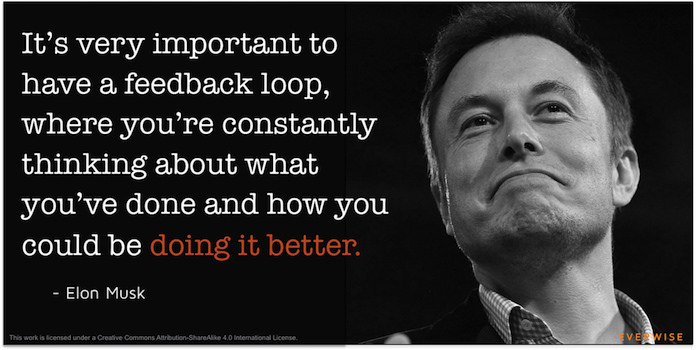 A post solely dedicated to providing you with stellar Solar Quotes.

Looking to get solar-inspired? Check out our list of quotes about solar from famous men and women in science, politics, and entertainment.

If you were looking for information on the financial type of solar quotes (not the inspirational), there are many online calculators for that as a first step, or get in touch with solar contractors for a direct estimate. But if you were looking for the other kind of quotes – quotes about solar, then read on!

“We have this handy fusion reactor in the sky called the sun, you don’t have to do anything, it just works. It shows up every day.” – Elon Musk, CEO Tesla Motors, 2015

“Try everything. Do everything. Nuclear. Biomass. Coal. Solar. You name it. I support them all.” – T. Boone Pickens, Oil Magnate, 2008

“I’ve been very passionate about renewable energy for many years, particularly solar energy and its capacity to bring abundant clean, sustainable energy to millions around the globe.” – Richard Branson, Founder of Virgin Group, 2016

Business leaders have a wide variety of reasons to like solar – it helps reduce their impact on the environment and saves them money. This could be why a ton of companies – including Nike, Starbucks, and Walmart – are pledging to work toward using 100% renewable energy!

Solar has a wide variety of cheerleaders in the business world, from the more obvious (Elon Musk co-founded SolarCity, a well-known solar panel vendor for homeowners), to the less obvious (T. Boone Pickens made his living on oil but can appreciate the need for solar innovation).

There are a lot of leaders investing in solar in places you might not think of, like Richard Branson’s support for a solar energy provider of rooftop systems in West Africa. If solar makes good business sense to these leaders, it can make good sense for your home, too!

“It’s not just oil and natural gas production that’s booming; we’re becoming a global leader in solar, too. Every four minutes, another American home or business goes solar; every panel pounded into place by a worker whose job can’t be outsourced.” – Barack Obama, 44th President of the United States, 2014

“Imagine if you could sell back the excess power you generate with solar panels on your roof. Imagine if the system could manage the stresses on the grid continuously, cutting peak demand to avoid brown outs, conserve power and save money.” – Hillary Rodham Clinton, Secretary of State, 2007

“The use of solar energy has not been opened up because the oil industry does not own the sun.” – Ralph Nader, Presidential Candidate, 1980

“If we are serious about moving toward energy independence in a cost-effective way, we should invest in solar energy.” – Bernie Sanders, US Senator, 2010

“My house is solar powered. I tell Republicans, you can hate the subsidies… but you can’t hate solar panels. These are rocks that make electricity, they are incapable of receiving your hate.” – Thomas Massie, US Congressman, 2013

“I think God has blessed this country with enormous natural resources, and we should pursue all of the above. We should be developing oil, and gas, and coal, and nuclear, and wind, and solar, and ethanol, and biofuels.” – Ted Cruz, US Senator, 2016

You should notice something in the quotes above – a ton of U.S. politicians support solar energy, and they come from all parties! Democrats, Republicans, and Independents all have good reasons to support solar, though they may do it in different ways.

You see a lot of values mentioned in these quotes, from the creation of solar jobs, to the cost-effectiveness of solar power, to solar’s ability to help us become more energy independent as a nation. Long story short – you can find support for solar energy all across the political spectrum! 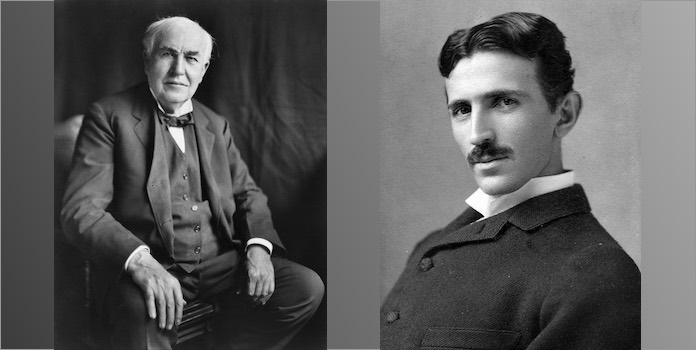 “If we use fuel to get our power, we are living on our capital and exhausting it rapidly. This method is barbarous and wantonly wasteful, and will have to be stopped in the interest of coming generations. The heat of the sun’s rays represents an immense amount of energy…” – Nikola Tesla, Inventor and Electrical Engineer, 1915

“I’d put my money on the sun and solar energy. What a source of power! I hope we don’t have to wait until oil and coal run out before we tackle that.” – Thomas Edison, Inventor, 1931

“If you hate me and you hate the government, solar energy is for you. Because you’ll make your own electricity.” – Bill Nye, Scientist and Educator, 2017

“If you are pro-solar power, try not to hold up signs that say “No Nukes” because that’s exactly how the Sun makes its energy.” – Neil deGrasse Tyson, Astrophysicist and Science Communicator, 2012

I bet they’d be fascinated by the number of American homes with solar panels and how easy it is for residents to get their hands on such cool technology. Nowadays, you’ll see scientists in the public eye championing solar as well, and trying to make sure we understand how simple it is (and how simply solar works!).

“I drive into the neighborhood and I see people on their porch, and I ask them how is their house treating them? And they say, ‘Good.’ And I say what’s your utility bill? And they’ll throw something out like, ’24 bucks’, and I feel fantastic.” – Brad Pitt, Actor (speaking on eco-friendly solar homes he helped build in New Orleans), 2015

“I know that solar electric works. How do I know that? Because it’s been making my electricity since 1990…These things work. We need to embrace them as quickly as possible.” – Ed Begley Jr., Actor, 2012

“If I were to do a foundation, it would be to promote solar energy. And I’m worried about drilling for oil… It’s like we’re giving the earth arthritis.” – Debbie Harry, Musician, 2011

“Our system will allow us to run both the house and studio on sun power alone, even on cloudy days… With the sun estimated to burn another 5 billion years, I’m stoked about my energy independence.” – Jason Mraz, Musician, 2009

It’s not too hard to find celebrities or entertainers that are on board with solar energy – whether they’re installing panels on their homes in California, a very solar-friendly state, producing solar energy documentaries, or driving philanthropic efforts – there are a lot of thoughts on panels.

They appreciate solar as an earth-friendly and wallet-friendly alternative to coal and gas for themselves and for others. Brad Pitt’s philanthropy Make it Right loves to use solar when rebuilding homes in low-income areas because the low electricity bills are a huge help to the community.

Here’s one last quote we love that we’ll leave you with that doesn’t come from a specific person:

What did you think of that list of quotes? Which was your favorite? Did you learn anything new? Have you heard any other ones that you like? Please let us know in the comments – and also let us know if you have any more questions about getting the financial type of solar quote, too!