Tesla solar roof cost vs solar panels might surprise you.

Tesla unveiled their solar tiles in late 2016 and the big question on most of our minds remains the same: What is Tesla’s solar roof cost vs solar panels?

Originally Tesla was somewhat silent on the issue, but they’ve since published information on cost and added a calculator to their website that estimates both homeowners’ total cost to install solar tiles on their home as well as the savings they’ll earn over the life of the solar panels.

We at Understand Solar analyzed the cost data and took the solar calculator for a ride to see what we could find out.

First things first, let’s take a look the total cost to install these solar tiles, then calculate exactly how much you can save over the life of the roof.

Tesla estimates that their solar tiles cost around $21.85 per square foot of roof space, with 35% of the roof tiles being solar tiles and the remaining being matching, non-solar tiles.

FYI, solar tiles can’t be installed on all areas of the roof, so Tesla is manufacturing matching tiles both with and without solar panels. The cheaper non-solar tiles are installed in shaded or north-facing areas of a roof where putting solar just doesn’t make sense. This allows you to only install solar where it’s beneficial, lowering your total cost and leading to more savings.

Strangely enough, the Tesla blog post linked to above actually pulls all its cost data from a November 2016 Consumer Reports article that estimated the cost of Tesla’s solar roof. Why Tesla cites a cost estimate from another company is beyond us. Tesla must have found the estimates so on point they decided to use them.

With this calculator, you type in your address (presumably so Tesla can know the number of sunlight hours in your area as well as your utility rates), home square footage, and the number of stories in your home and it will calculate out general costs and savings.

Below is a quick rundown of installation costs for single story homes with varying square footage. To stay as close as possible to the cost estimate above, we chose to cover just 40% of roofs with solar tiles (there is no 35% option), though Tesla recommends 70% for max production. For the costs below, we’ve already included the 30% federal tax credit as well.

Obviously, your home’s square footage doesn’t necessarily correlate to your roof’s square footage, but it gives a pretty good estimate if your home is a single story home. You can expect to pay around $20 per square foot – actually pretty close to the estimate above from 2016 (well done, Consumer Reports).

How does this cost compare to traditional roofing? Below we’ve highlighted the cost per square foot of a handful of common roofing materials. As you can see they are much cheaper than Tesla’s solar tiles, especially the ubiquitous asphalt shingle (all cost estimates from Homewyse):

Even slate tile – the most expensive traditional roofing material of the bunch – costs about 25% less than Tesla’s solar roof tiles. $40k for roofing? What gives? If Tesla’s solar tiles are so expensive, why are they such a big deal? Who can even afford them?

The not-so-secret secret, as you well know, is the fact that Tesla’s solar tiles are roofing as well as solar panels. After the installation, you’ll be producing your own electricity, allowing you to save money while the tiles just sit up on your roof.

This leads us to our next method of calculating Tesla’s solar tiles cost: looking at total savings.

This is where it gets good. As mentioned, the total installation cost is just one piece of the puzzle. Yes, Tesla’s solar tiles are expensive. However, over their lifetime they’ll be producing electricity that you can use directly in your home. Tesla’s Solar Roof is a financial investment. Yes, it’s a lot of money, but spending $10 today to get $15 tomorrow makes sense, right?

Let’s look back at our cost examples above for the different sized homes. Installation costs for Tesla’s solar tiles drop slightly as your roof gets bigger but generally fall around $20/square foot. Let’s see how much electricity each of these homes can generate. Tesla has yet to publish data on the efficiency or wattage of their solar tiles, so we’ll have to use their solar calculator again.

Let’s compare a few very different cities to get an idea of how much electricity Tesla’s solar tiles can produce over 30 years (the claimed lifespan of the tiles), as well as the total net savings:

You could probably have assumed this, but savings are highest in southern California, where solar irradiance (the strength of the sunlight) and utility rates are both sky-high. Even in North Carolina, though, Tesla estimates your total savings from solar will not only pay for your roof but also saves you thousands of dollars over the 30-year life of your solar roof.

Suddenly, Tesla’s solar tiles don’t look too expensive, do they?

Before you get too excited, a few caveats are in order:

That being said, the calculator still performs one basic function well: it shows that a Tesla Solar Roof could be a good financial investment.

Right off the bat, let’s say this: Tesla’s tiles are more expensive than normal solar panels. That makes sense as it’s really two products in one: roofing and solar.

Let’s dig into the numbers a bit: and compare costs for the average US home, which now clocks in at 2,700 square feet in size:

As you can see, Tesla’s solar shingles really don’t make financial sense. Even if you install a giant solar installation – upwards of a whopping 10 to 12 kW – with conventional solar panels, you’re still better off financially. With Tesla’s solar shingles, you’re spending a lot more money for the same end result: a new roof and a solar installation that helps you save money.

Of course, things can and will change. Prices will certainly decrease as more and more homeowners install Tesla’s solar tiles. Tesla’s already done it with their Powerwall 2, which packs quite a punch at a surprisingly low price.

Considering that you’re getting both solar panels and a very durable roof when you purchase Tesla’s solar tiles, it seems like they’re on course to be a game changer in the roofing industry and solar industry. 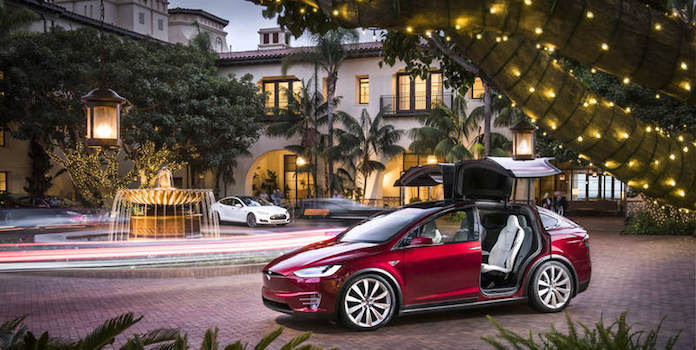 At such a high cost, who’s the market for Tesla’s solar shingles? $40k for a 2,000 square foot home? That’s quite an investment. At such high cost, you’ve got yourself a niche product, at least until the price comes down a bit.

Obviously people buy cars that cost $30k to $40k, typically by taking out a loan. We’re sure the same thing will happen with these solar shingles as well. However, with the majority of the population having less than $1,000 in their bank account, a $40k investment in roof shingles is a longshot for most of the population.

Instead, just like Tesla’s incredible automobiles, the well-to-do are the likely early adopters of Tesla’s shingles. This isn’t such a bad thing though. The same thing happened with traditional solar panels as well: they were expensive at first and only a handful of wealthier homeowners could afford to install them. However, as more people jumped on the trend, panel production increased, prices dropped, and more and more people could go solar.

In fact, this was Elon Musk’s exact plan with their own electric vehicles: make a high-end product while the technology is expensive, then produce cars for the masses once the technology drops in price. This is a plan he adopted at the very outset of Tesla and made public back in 2006. Talk about vision!

So while at the beginning Tesla’s solar tiles might just be for the rich – even with the high savings over the life of the tiles – as time progresses and costs lower, they might just be the technology that shifts solar from a ‘green’ technology to standard technology – one you see (or more accurately, don’t see – that’s the point right?) everywhere.

Until then, the shocking height of Tesla’s solar roof cost vs solar panels will keep it out of reach of most homeowners. Better to just install ‘normal’ solar panels and enjoy that extra cash you’ll see.