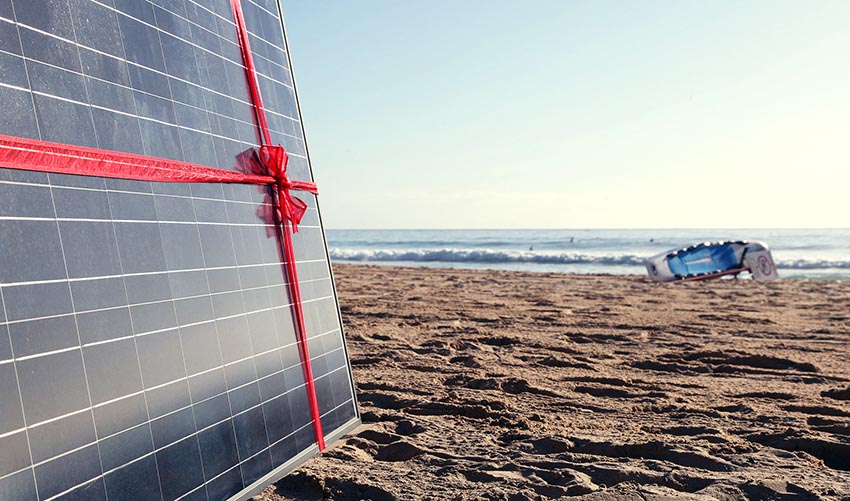 In a truly surprising move, the US congress actually moved pre-emptively ahead of the 2016 expiration of the Investment Tax Credit (ITC) for solar to extend the ITC.

President Obama had asked for a permanent PTC (for wind) and ITC in every previous budget, but legislators were unable to find the votes with a GOP implacably opposed to clean energy, and no major bargaining chip.

The agreement was forged as a rare bargaining chip arose: allowing oil exports, a must-have for the GOP. There were detractors on both sides of the aisle, but ultimately both sides got some of what they wanted.

The White House lobbied Pelosi successfully, and ultimately it remained for her to convince some reluctant Democrats in her environmental caucus that the positives for solar and other clean energy sources would outweigh the negatives of allowing oil exports permanently.

“While lift­ing the oil ex­port ban re­mains at­ro­cious policy, the wind and sol­ar tax cred­its in the Om­ni­bus will elim­in­ate around ten times more car­bon pol­lu­tion than the ex­ports of oil will add,” Pelosi wrote in a letter to Democrats.

The GOP had their own resistance to climate legislation to overcome.

The news rocked the markets.

According to the Solar Energy Industry Association (SEIA), investment in US solar will increase by $40 billion between 2016 and 2020 as a result. After 2020, this should draw an average of $30 billion a year. Solar employment is also poised to nearly double over the same period, to almost half a million, while 100 GW of solar is added to the grid.

Dan Utech, a seni­or cli­mate ad­viser to Pres­id­ent Obama, said the case for the bill was borne out by an analysis by the Na­tion­al Renew­able En­ergy Labor­at­ory (NREL) which found that extending the ITC for solar together with the ITC for wind would help spur enough new solar and wind power to take 30 million homes permanently off the dirty grid by 2020.

This would represent a pretty astonishing percentage of the 125 million homes in the US, if 30 million households were to be operating purely on clean power from 2020 on, for their remaining lifecycle of maybe 60 years.

This year, it looks as if, if not permanent – like ending the ban on oil exports – we do have an extension that makes it much more likely that by 2022, the solar industry will be a force to be reckoned with.

Once the solar industry employs half a million Americans, it becomes a lot harder to devalue the contribution made by the clean energy industry to the nation’s economy. And growing America’s solar energy industry makes it that much easier to export to the rest of the world.