The Top Solar Cities in America 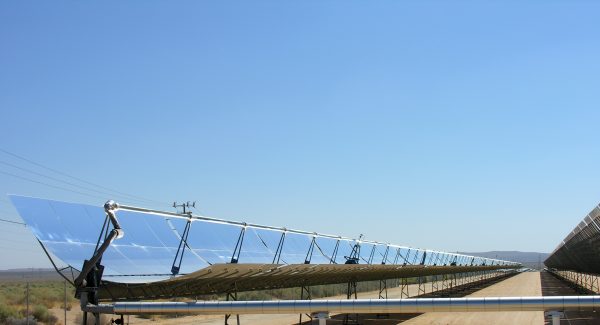 Solar power is on the up and up — in fact, 2014 was solar’s biggest year! Last year, there was enough solar to power four million average U.S. homes, according to Environment America states that. Given the innovations in solar tech, lower costs to install residential solar panels, and general public support, solar just continues its upward trend. Now, further research from Environment America shows the top 20 U.S. cities for solar power make up 6.5 percent of the country’s solar power capacity as a whole.

Overall, the Southwest scored well. In California alone, Los Angeles, Sacramento, San Diego, San Francisco, and San Jose all made the cut. So did Albuquerque, Las Vegas, and Phoenix. Over in New England — another solar energy center — Newark in New Jersey was listed thanks to its commitment to being a leader in installed solar capacity.

In Hawaii, Honolulu continues to lead the way by ranking number one for solar power installed per capita. Furthermore, Honolulu proposes spending $4 million on installing solar systems at city facilities over the next four years.

Rounding out the list are representatives from the Southeast like Kansas City and New Orleans. Kansas City took the state’s clean energy requirements a step further by obtaining federal grants to update zoning codes for solar photovoltaic systems and make the solar panel permit process easier for everyone. The Big Easy took a 50 percent investment tax credit offered by Louisiana after Hurricane Katrina and has rebuilt the city on a platform of sustainable, renewable energy.

What it Takes to Solar Power a City

The study shows that one of the things in common with almost all of these top cities is that local government leaders aggressively pushed solar energy as part of their overall energy portfolio. For example, San Diego’s Climate Action plan calls for 100 percent renewable energy use in the city by 2035. That’s a very ambitious goal, but that kind of goal-setting is part of how San Diego is one of the top solar cities in the country. To reach that goal, the city had has to put that plan into action to the fullest.

“San Diego is leading the way in solar energy and that’s going to help us meet many of our City’s environmental goals and put San Diegans back to work,” said San Diego Mayor Kevin Faulconer.

Maybe it’s cities like San Diego that are making the nation’s largest cities take notice and commit to solar energy. The mayors of Houston, Los Angeles, and Philadelphia have all chipped in, calling for their own climate action initiatives that embrace solar and help stem the impact of global warming, as well as develop renewable energy all their constituents can enjoy.

Is your hometown listed as one of the top solar cities in America? What could your city do to improve its solar power standing? Tell us in the comments!

Image Credit: Kjkolb via Wikimedia under a Creative Commons license