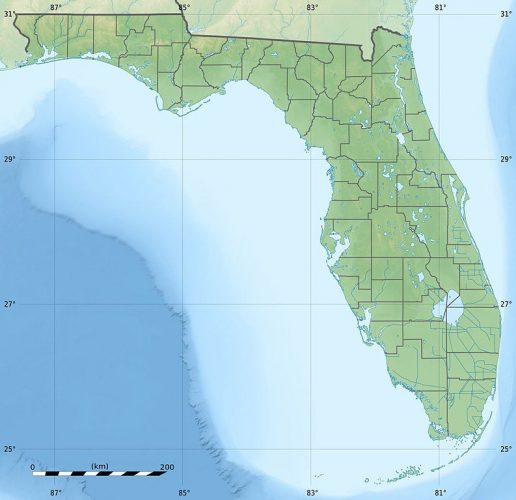 We talked previously about how Florida is cutting back its solar targets. But a group of solar advocates are trying to make the Sunshine State live up to its name. ThinkProgress reports that a pro-solar conservative group in Florida reached enough signatures on a petition to make solar more accessible to consumers.

Currently, if a Floridian wants to purchase solar power directly from other consumer, they can’t. But Floridians for Solar Choice reached 72,000 petition signatures, which clears the way for the petition to be reviewed by the Florida’s Supreme Court. They’ll decide whether or not the petition’s language qualifies to be a ballot initiative for Floridians in the 2016 election.

The petition seeks to “encourage and promote local small-scale solar-generated electricity production and to enhance the availability of solar power to customers.” What this means is that if this initiative is put on the ballot in 2016, Floridians can vote on whether or not buy electricity directly from someone else besides utility companies. Solar advocates claim the law as it stands now is holding the state back. But if the initiative passes, then businesses and property owners in the state would be able to produce up to two megawatts of solar power and sell it directly to consumers.

“We are thrilled to reach this important milestone,” said founder of Floridians for Solar ChoiceTory Perfett. “It shows broad support among Florida’ families and businesses for removing barriers to commerce in solar power.”

The Race for Solar Choice

Even if the state Supreme Court does pass the language and find it legally satisfactory to put on the ballot, the group still has to collect nearly 700,000 signatures from Floridians in seven congressional districts. And every second counts between now and next year’s election.

The Solar Energy Industries Association (SEIA) is in support of the initiative, along with Southern Alliance for Clean Energy, the Florida Retail Federation, the Sierra Club, and other conservative groups. Supporters in general claim the initiative just wants to make it easier for Floridians to gain access to solar, whereas critics say their goal is to use the government and taxpayer money to “prop up the solar industry.”

Although solar power is traditionally associated with liberal, environmentally friendly movements, the conservatives behind Floridians for Solar Choice are advocating for solar because increasing access to renewable energy makes sense from a conservative viewpoint. The idea behind the freedom of markets and choice align with core conservative principles, and so it makes sense that residents would be tired of being told they can only purchase power from a utility.

Whether or not you agree with conservative values and principles, the fact remains that an unlikely group of Floridians are behind what could become a huge push for the state to go solar. Given that Florida is a perfect place to embrace solar, but has yet to to, it’s a good sign that its residents want more choices and want to be champions for renewable energy alternatives like solar.

Do you live in Florida? What do you think of the petition and potential ballot measure? Tell us in the comments!