Is $1 Billion enough to make New York a Solar Powerhouse? 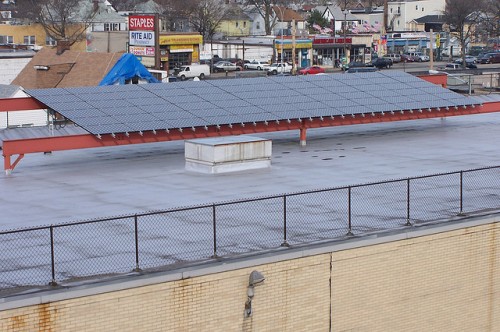 Last April, New York Governor Andrew Cuomo announced an additional $1B in funding for solar projects in New York state, which is continuing to accelerate NY’s status as a solar powerhouse.

What can intelligent incentives do for state solar programs? A lot.

Since the announcement of $1 billion in project-related funding under the NY-Sun Initiative, New York state has continued to march down the road to becoming a leader in solar power. In the last month the state has already approved $94M in funding for solar projects, announced the site for a one-million square-foot solar panel manufacturing facility, and rolled out a program for evaluating solar energy projects for over 40 school districts.

Not a bad way to finish up the year.

The NY-Sun project has already installed over 316mW of solar capacity in the first 2 years of existence, which in terms of C02 emissions represents removing about 23,000 cars from the road.
Solar industry experts in New York think this program represents a bright future:

Is solar here to stay in the Empire State? We think so. The funding and sustained political commitment bodes well for the state’s future as a top solar market. Governor Cuomo estimates that the expanded NY-Sun initiative will grow the New York solar industry by 3 GW over the next decade, ten times its current installed capacity.

These announcements are not just about greenhouse gas emissions either. The new SolarCity panel manufacturing plant, “GigaFactory”, is expected to produce 5,000 jobs in the state as well as spur all kinds of related economic growth.

To learn more about the specifics of the NY-Sun program, check out the NY State Gov FAQ here.

For more information about New York Solar power and programs on this site, see UnderstandSolar.com/New-York/.

Instant-on Solar – Just Plug it in