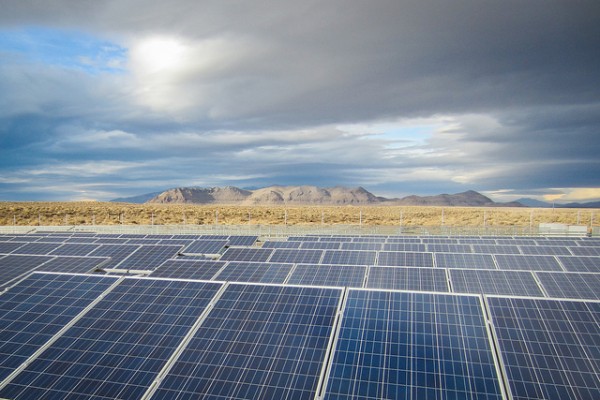 Four square miles of the Nevada desert has been converted into a $1 billion solar power plant. The 250-megawatt project will produce enough electricity to power 80,000 homes in California.

The Mojave-desert based installation is slated for completion in 2016, and is the second solar installation on public land in Nevada. Since 2009 the Bureau of Land Management (BLM) has approved over 50 renewable energy projects around the US. The plant itself will match the largest solar installation in Nevada–a 250-megawatt array–that resides on Moapa Paiute tribal land.

Electricity from the solar array will be routed to California and sold to Southern California Edison.

So How much solar on public land do we need to power the USA? 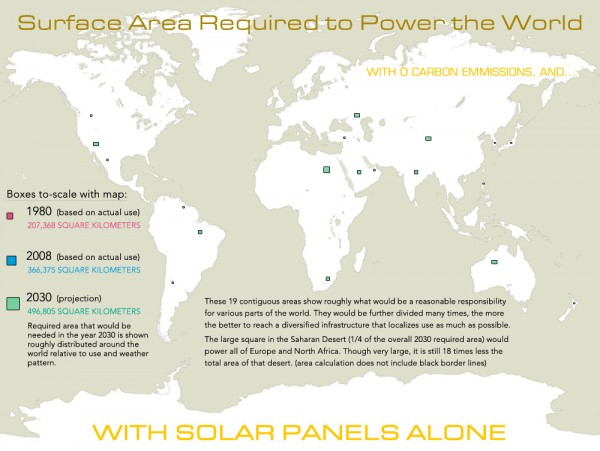 This infographic that first appeared a few years ago showed us just how much total land area would be required to power the world with solar power.

Four square miles in the Nevada desert is a good start, but it will take a much more land area to make a dent in US electricity usage. It’s certainly possible to imagine a global network of solar installations located in sparsely habited desert regions around the world.

Solar projects have also already begun in North Africa, which will send power into various parts of Europe via undersea cable. If we could theoretically put all the solar panels in N. Africa, here’s the amount of space this would require to power the globe: 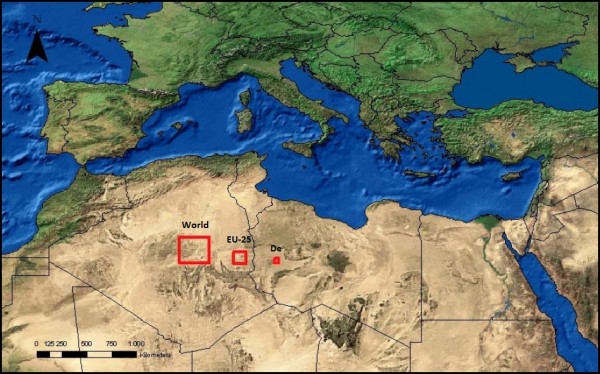 The first solar array approved on BLM land in Nevada was also the largest solar project on public land to date, and it appears that many more are in the pipeline. First Solar is building the new $1 billion solar power plant which will be owned by a subsidiary of NextEra. Several other projects are currently under construction in Nevada, which has recently become a hotbed of solar activity.

We can only hope to see more.