What Exactly Is Active vs Passive Solar? 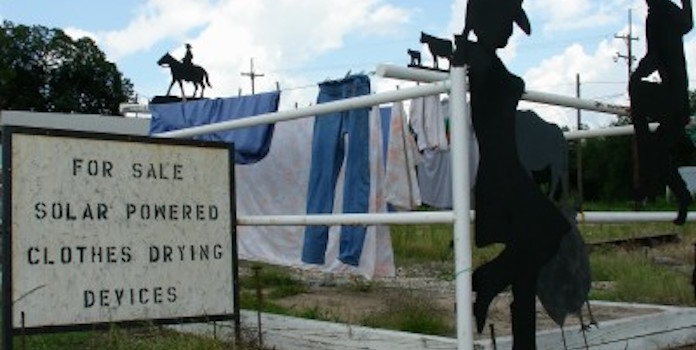 The difference between active vs passive solar can get confusing.

All over the country, people are installing solar panels on their roofs to produce their own electricity and save some cash. In fact, residential solar grew about 1,250% from 2010 to 2016 – talk about an explosion! But this wasn’t the first solar explosion. 40 years ago, there was a huge explosion in solar as well.

Back in the late 1970s, at the height of the oil crises, renewable energy was in. President Carter installed thermal solar panels on the White House, the first federally-sponsored renewable energy lab was founded, and both the federal and local governments were actually handing out financial incentives for solar panels.

But it wasn’t the electricity-producing solar panels we so frequently see today that they were subsidizing. They were actually thermal solar panels, which harness the sunlight’s heat to preheat water for home use. Even now, driving throughout the west, you’ll see old thermal solar panels dotting roofs, either pumping away hot water or rusting away as a reminder of those times.

Okay, enough of a history lesson. Why do we even bring this up? Two reasons, actually.

First off, it’s just interesting! It’s almost like a prelude to today’s boom in renewable energy –  setting the stage for what was to come.

Second, to introduce the idea that there are different kinds of solar power – which we can break down into ‘active solar,’ in which we process the sunlight in some way, and ‘passive solar,’ which uses sunlight directly without much manipulation. What is the difference between active vs passive solar, and how does it apply in and around your home? Let’s take a look at each.

What’s the Difference Between Active vs Passive Solar? 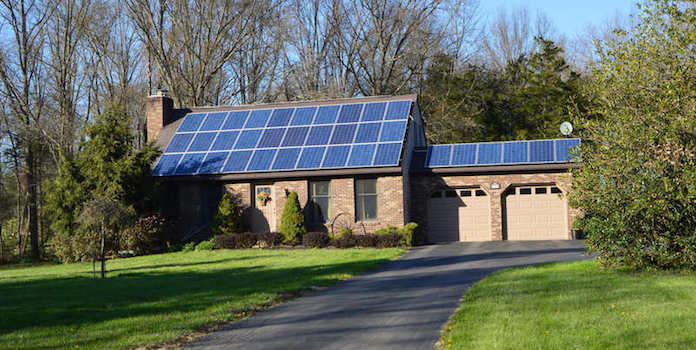 There’s actually a lot of misinformation out there on exactly what constitutes active vs passive solar. Some say it’s simply photovoltaic solar (ie panels that create electricity) vs thermal solar (panels that heat up water). While this is almost true, it isn’t quite correct.

Passive solar systems simply use sunlight directly, without any additional motors, inverters, or other equipment to ‘process’ that sunlight into something else. Typically, this means using the sun’s heat to warm buildings on cold days – a very common ‘green’ building design principle.

Passive solar building design is so common that you don’t even notice it: large south facing windows to let in warm sunlight in winter, greenhouses, and sunrooms are easy examples.

Humans have been using passive solar techniques for thousands of years. 6,000 years ago, Chinese households put their front doors – the only opening into the building – on the south facing wall in order to let in warm winter sunlight. As urban planning in China began to take off 2,000 years ago, streets were designed to run east-to-west so each household could catch a glimpse of precious sunlight.

Only primitives & barbarians lack knowledge of houses turned to face the Winter sun.

He certainly knew the importance of solar energy!

Passive solar isn’t just all about building design, though. Thermal solar panels (which are used to pre-heat water for use in the home, thereby lowering energy bills) can also be a form of passive solar, depending on the set-up. Remember, passive solar simply means that the sun’s heat or light isn’t ‘processed’ into something else.

With passive thermal solar, the water in your solar panel (or ‘solar collector’) is heated by sunlight and then pulled by gravity or thermosyphon (as cold water sinks, it pulls warm water into the system) to your water storage tank or heater. As this water is pulled into your tank, new water flows into the solar panel and the process starts over again – providing you with reliable hot water (at least while the sun is shining).

Active solar, on the other hand, is any technology that ‘processes’ that sunlight or its properties (ie its heat) into something else. The most common example, of course, is the thousands of rooftop solar panels in neighborhoods across the country, taking sunlight and processing it into electricity.

Certain thermal solar set-ups can also be ‘active’. Instead of gravity or siphons moving water through the solar panel, an electric pump may push antifreeze through the panel, which heats up and is pumped back to the hot water storage tank or back-up heater, where the antifreeze then heats the water through a heat exchanger.

For example, a technique known as concentrating solar thermal uses huge mirrors to superheat antifreeze running through tubes. That antifreeze then passes through a heat exchanger to heat up water and produce steam. That steam then drives a turbine to produce electricity.  The US creates over 1,800 megawatts (MW) of energy using this method.

Since a picture is worth a thousand words, let’s take a look at a few visual examples to really drive these points home!

First, a sunroom. This one is self-explanatory and very pretty too. 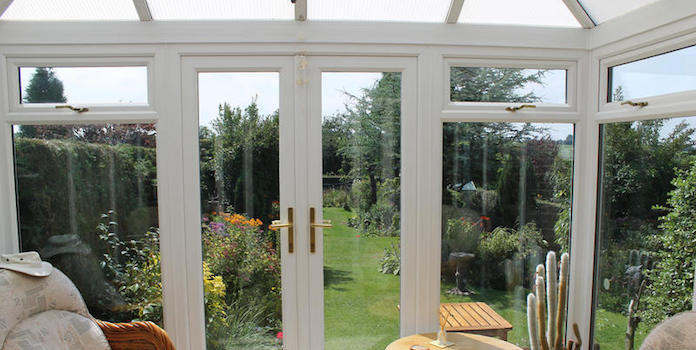 What a nice place to snuggle in! Next, check out this Earthship in Taos, New Mexico: 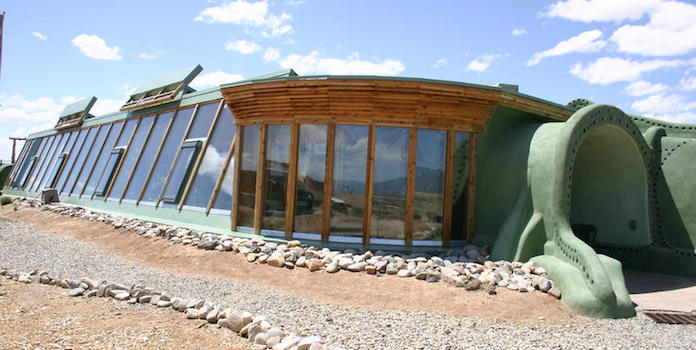 Earthships are ultra-sustainable homes that take passive heating and cooling to the extreme! The entire house is one long row of rooms, each opening onto a south-facing hallway covered in windows.

Note how the system is connected to the existing water tank – there are no pumps or antifreeze. Water passes through the solar collector to heat up, then is piped back to the house and into the storage tank.

And lastly, as shown in our featured image, solar powered clothes drying (ie, just a clothesline) have been doing a sterling job since time immemorial.

Now let’s look at active solar, with a few examples so you can get a better understanding of exactly what it is.

The picture below shows all the equipment you need to create electricity from sunlight. There’s a stack of solar panels, inverter, meters, safety disconnects, and other equipment. That’s a lot of sunlight processing! 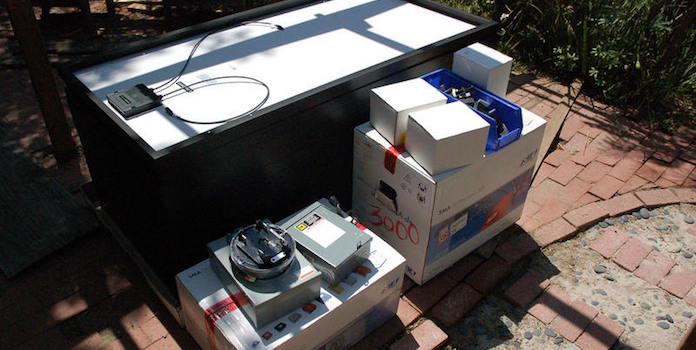 Here’s a great example (below) of all the equipment needed for an active thermal solar system: 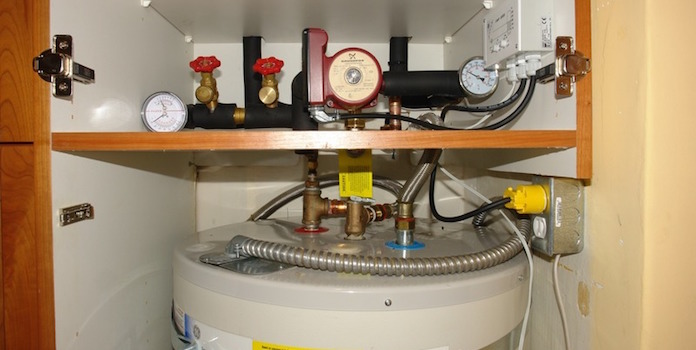 Note the water tank on the bottom. The round red piece of equipment directly above the tank is the circulating pump. The gray square box on the right wall is the pump controller. Lastly, you can see the heat exchanger (the pipe with the red ring on top of the tank) dipping down into the storage tank. There’s lots of equipment required for an active solar installation!

Here’s a picture of a utility-scale thermal solar power installation that produces electricity. Note the pipe running down the middle of the trough of mirrors. 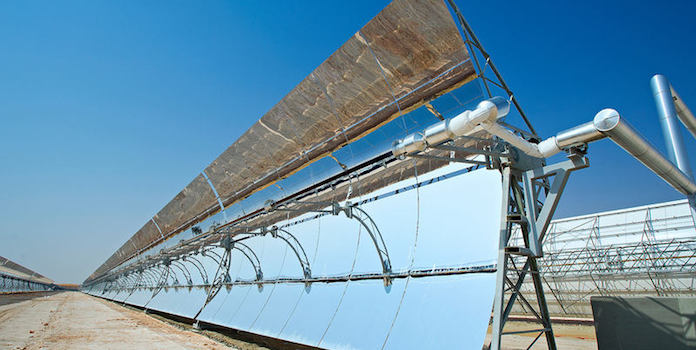 The Future of Active vs Passive Solar

If you’ve looked into active vs passive solar system, we’d love to hear your thoughts. Let us know in the comments below!