Is an AGM Solar Battery the Right Choice For You? 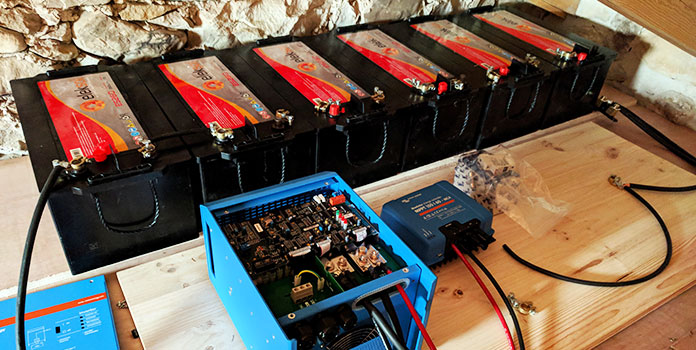 If you want battery backup for your solar installation, are sealed batteries a good solution?

An AGM solar battery, short for Absorbed Glass Mat, has many benefits over standard ‘flooded’ batteries. Since AGM batteries are a type of lead-acid battery wherein the caustic components inside are completely sealed, users can place them in awkward positions, like on their side, without fear of spilling the acid inside.

And with everything sealed up, users can install them in out-of-the-way areas and don’t have to worry about maintenance either, making them a pretty care-free option.

However, AGM batteries aren’t perfect. With their high cost and unique drawbacks, are they worth the extra dough? 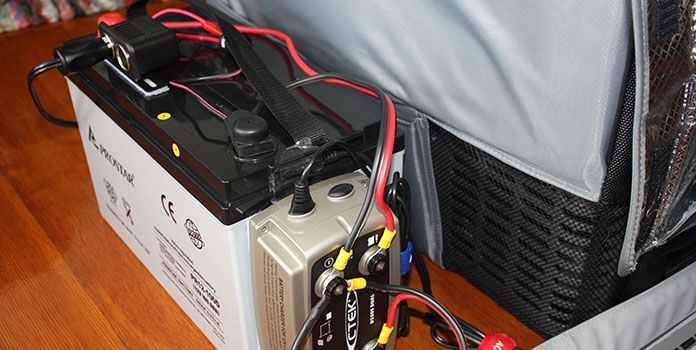 If you look at your car battery, you’ll notice there are vents/caps on top. If the battery is overcharged, water (that is, hydrogen and oxygen) can escape, so occasionally you’ll need to perform some maintenance and possibly top up your battery with distilled water.

AGM batteries (which, along with gel batteries, are known as sealed batteries) have thin fiberglass mats sandwiched between the plates, which act as a divider and a sponge to soak up the electrolyte solution.

As the mats absorb solution, electrons are drawn to it. This prevents off-gassing, so the battery can be completely sealed. While there are in fact vents on AGM batteries, they’re only for safety (not maintenance) in case the battery overheats or overcharges and pressure builds inside.

Both Flooded and AGM batteries can come as starting batteries or deep-cycle batteries. Starting batteries are the ones we use in cars to start our engines. Their plates have greater surface area, which allows the batteries to deliver short bursts of huge amounts of electricity.

You can easily tell if a battery is a starting battery by simply looking at the label. If the battery’s capacity is measured in Cold Cranking Amps (CCA), it’s a starting battery. These batteries aren’t designed for regular, deep discharge like you’d need as energy backup for solar, off-grid cabins, RVs, or campers.

As a side note, you might’ve heard about people using marine batteries for solar storage, but it’s best to leave these on boats. With boats’ unique needs (high CCA to initially start the engine, high long-term capacity to troll the motor), marine batteries try to kill two birds with one stone, but don’t do either job perfectly. For energy storage, it’s better to focus on dedicated deep-cycle batteries.

Benefits and drawbacks of an AGM solar battery

AGM batteries are typically more expensive than flooded batteries, but their benefits can far outweigh the additional costs.

First off, let’s take a look at a few examples of cost. Crown Batteries makes some excellent energy storage batteries and are a good option if you’re looking for a cost-effective, but reliable battery. Their 6 volt, 220Ah AGM battery costs $260. In contrast, Crown’s 6v 220Ah flooded lead-acid battery however, costs just $146 – over $100 less. Obviously, this is just a single example, but the basic rule rings true: AGM batteries are more expensive than flooded.

So, are they worth the extra cost? The excellent YouTube series Engineering Explained recently delved into the difference between AGM and flooded batteries (see video above). It’s a great resource if you want to really break down the inner workings of batteries. He focuses on starting batteries for cars (as cars are his expertise), but the information is relevant to those looking for deep-cycle batteries.

In the video, he outlines a few of the benefits of AGM batteries:

Should you chose an AGM solar battery? 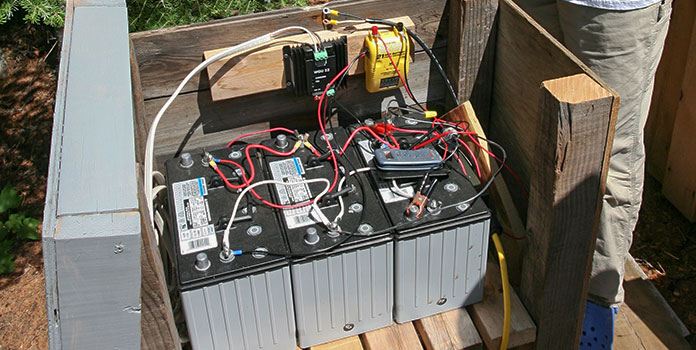 Just to be clear, it’s rare to find specific ‘solar’ batteries. Instead, you’ll typically find batteries designed for energy storage, renewable applications, or marine use (though not to be confused with dual-purpose marine batteries).

If you’re looking to store your solar energy, AGM batteries might be worth the extra cost if:

You’ll enjoy some serious perks with AGM batteries, but it’s up to you to decide whether or not those perks justify the cost. In certain situations, cheaper flooded batteries simply won’t be an option. But even still, do some cost calculations and source the best prices before pulling any triggers!

We hope this short guide has helped you decide whether an AGM battery makes sense for you. If it did, or you have any follow up questions, let us know in the comments below!

Looking to install solar panels to go with your home’s battery storage? Reach out to a few installers and see what they can do!