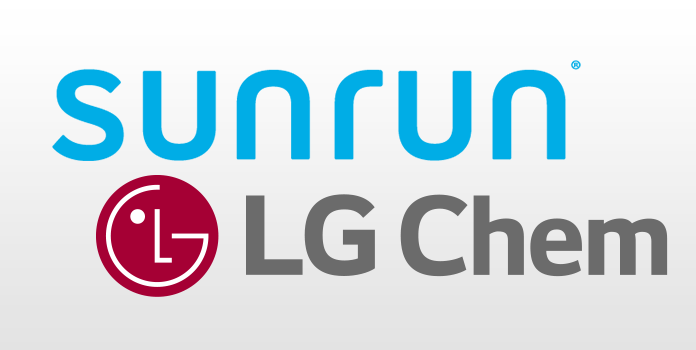 Back in late 2016, Sunrun announced they’d partnered with LG Chem to offer, along with their solar installations, the manufacturer’s new lithium-ion RESU batteries to residential customers. Until they started installing the LG Chem battery, which Sunrun calls their ‘Brightbox’ offering, they’d actually been installing rival Tesla’s Powerwall.

Is the RESU battery a good option for your energy storage and how does it compare to the Tesla Powerwall – the most well-known storage option on the residential market? We’ll answer all those questions, plus a few more!

Who is LG Chem, anyway?

You might already be familiar with the brand LG — “Life’s Good”. They make appliances and other electronics like phones and televisions. Their LG Chem branch is one of the biggest battery manufacturers in the world, selling their lithium-ion batteries to more auto manufacturers than any other company. It’s no surprise, then, they’ve entered the burgeoning energy storage market as well.

By mid-2017, LG Chem had officially entered the US with a few different options for energy storage, including batteries up to 9.8 kilowatt-hours in capacity.

What is the LG Chem Battery?

The RESU battery is simply that: a box of batteries and nothing else. There’s no inverter (you’ll have to add one) and no way to create electricity (that’s what your solar panels are for). The batteries are designed for residential energy storage and are available in five different sizes: 3.3 kWh, 6.5 kWh, and 9.8 kWh in low voltage (48 volts) and 7 kWh and 9.8 kWh in high voltage (350-450 volts).

With the average US home using about 30 kWh of electricity each day, a 10-kWh backup system is large enough to use for emergency power, but the smaller options are really only enough for utility bill savings, not backup storage in the event of an outage. That’s not a design flaw at all – smaller batteries have their place and other companies (like Enphase) are also putting out small energy storage options for the same reason.

Like many solar batteries today (including the Powerwall), LG Chem uses lithium-ion technology in their RESU batteries. The manufacturer doesn’t publicize the batteries’ recommended Depth of Discharge or Cycle Life (basically, the details on how much of the battery’s storage can be used daily, and how long the battery will last).

Instead, they simply state that they guarantee the batteries will provide 60% of their nameplate capacity at Year 10. So, for example, LG guarantees that the 3.3 kWh battery will still hold 2.6 kWh of electricity by Year 7, and 1.98 kWh by Year 10. This is a pretty standard warranty, though a bit less than the Tesla Powerwall’s 70% guarantee by Year 10.

Using info from other, similar lithium-ion batteries, we can probably assume the RESU has a Depth of Discharge around 80% with a Cycle Life around 3,650 (based on a daily cycle for 10 years). These data points probably just seem like unimportant numbers right now, but we’re going to bring them back up when we calculate the battery’s cost-effectiveness below.

Unlike the Tesla Powerwall, LG Chem RESU batteries do not have an inverter integrated into the system, so you’ll have the additional expense of adding a compatible inverter separately (SMA and SolarEdge are currently the only inverters approved for use with RESU batteries). However, if you get the Brightbox system through Sunrun, they will handle this for you.

Like any energy storage system for grid-connected homes, the RESU batteries are designed to help homeowners save money on their utility bills.

How can a battery do that? In many areas of the country, homeowners can choose to enter into something called Time of Use rates with their utility company. Under TOU rates, prices throughout the day. During peak times when electricity is in highest demand (usually in the late afternoon and morning), prices are high. Around midday and at night, when everyone is sleeping or running around town, demand is less and prices are lower.

With an energy storage system like the LG Chem RESU batteries, you can save cheap electricity (either during those low-priced times or from your solar installation) to use during peak times when utility rates are highest.

With batteries still a costly endeavor, you need to live in an area where utility rates are high enough for energy storage to make financial sense. Homeowners in California, Hawaii, and New York are already adding storage to their solar installations and more installers are tacking energy storage onto their list of available options. Sunrun currently installs the Brightbox in 6 states: California, Hawaii, New York, Arizona, Massachusetts, and Florida.

Could the LG Chem batteries make sense for your own home? Most homeowners across the US still enjoy low electricity prices, making it impossible to save enough money to justify installing battery storage. But if you’re on a TOU or similar utility rate and your prices are high, depending on installation costs and exactly how much your utility charges, energy storage just might make sense. Let’s take a look into the finances now.

How much does the LG Chem battery cost?

LG Chem has yet to release any pricing data publicly, but (as of September 2018) we found a few of their batteries for sale online, including the 6.5 kWh model for $3,698 and the high-voltage 9.8 kWh model for $6,999. You can only get Brightbox as part of a system installed through Sunrun, financed via cash or lease, but as of publishing Sunrun had not yet responded to our requests for pricing details.

Taking into account our assumed Depth of Discharge and Cycle Life from above, we can calculate out that over the RESU batteries’ entire lifespan, you’ll pay about $0.24 per lifetime kWh for the high-voltage 9.8 kWh model and $0.19 per kWh for the low-voltage 6.5 kWh version.

Tack on one of LG Chem’s recommended inverters, the SolarEdge StorEdge for example (at around $2,500), and – for the larger option above – you’re looking at around $9,300 for your inverter and energy storage, with a $ per lifetime kWh cost of $0.32/kWh.

Is that a good deal when compared to other energy storage offerings and/or the utility? Let’s see!

How does it compare to the Tesla Powerwall? 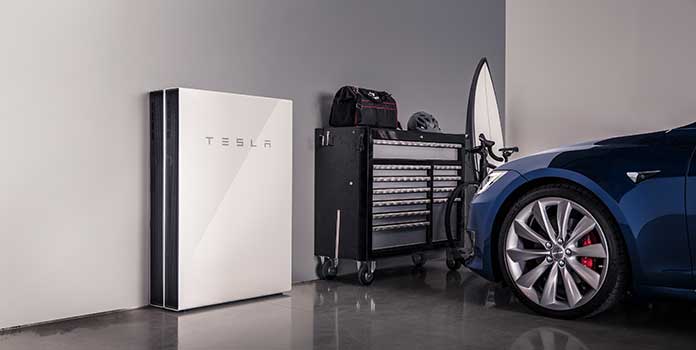 Tesla offers their 13.2 kWh Powerwall 2, which already includes an inverter, for $5,900. In short, compared to the LG Chem batteries, you’re getting a lot more power, for a lot less money. In all honesty, it’s shocking that Tesla can even offer their batteries at that price, but there you go – they’re doing it.

Tesla offers a similar 10-year warranty on the Powerwall, with no limit on the number of cycles. Assuming an 80% DoD and daily cycling (like we assumed above for the RESU), the Powerwall’s lifetime cost breaks down to $0.15 per lifetime kWh, less than half of LG Chem’s battery+inverter combo above:

Tack on the cost of a solar installation (which, very roughly, usually works out to around $0.09 per lifetime kWh), we’re looking at $0.41 per kWh for the LG Chem RESU batteries+solar, and about $0.24 per kWh for the Tesla batteries+solar. Of course, neither of these figures include battery installation, so your total cost will be higher in real life. Still, you can quickly see which one makes more financial sense.

How about compared to utility rates?

The RESU battery’s $0.41 per kWh is a hard sell, even in markets like California where residents are plagued by high electricity prices. Northern California utility PG&E, for example, charges TOU customers $0.36 per kWh during peak times in the summer – a good deal cheaper than our LG Chem battery estimates.

Of course, the calculations above are based on battery costs from online retailers. In real life, LG Chem assuredly offers wholesale prices to large installers like Sunrun. But without knowing exactly what LG Chem and Sunrun charge, we can only make educated guesses. Sunrun customers are obviously seeing (or at least, expecting) savings from installing LG Chem batteries – the installer wouldn’t continue to offer the product otherwise.

The easiest way to see if the LG Chem battery makes sense for you? Contact Sunrun or another installer for cost and savings estimates. As we’ve noted above, install cost, utility rates, and solar production all play a hand in the cost-effectiveness of your energy storage, so pulling a professional to get their opinion is usually a good decision.

Due to their high cost, solar batteries for grid-connected homes are still a niche product at the moment. As battery prices decrease and utility rates inevitably increase, state by state, there will certainly be that tipping point where energy storage makes sense financially, just like solar continues to do. It’s just a matter of time until the battery industry gets to that point.

Interested in reaching out to a few solar installers to see what you can do on your own roof? You can get the ball rolling now!

Image Credit under CC License via Wikimedia – 1a, Sunrun Media Gallery – 1b and Tesla Press Kit – 2