Appraisals Up to $22,000 Higher for Solar Homes 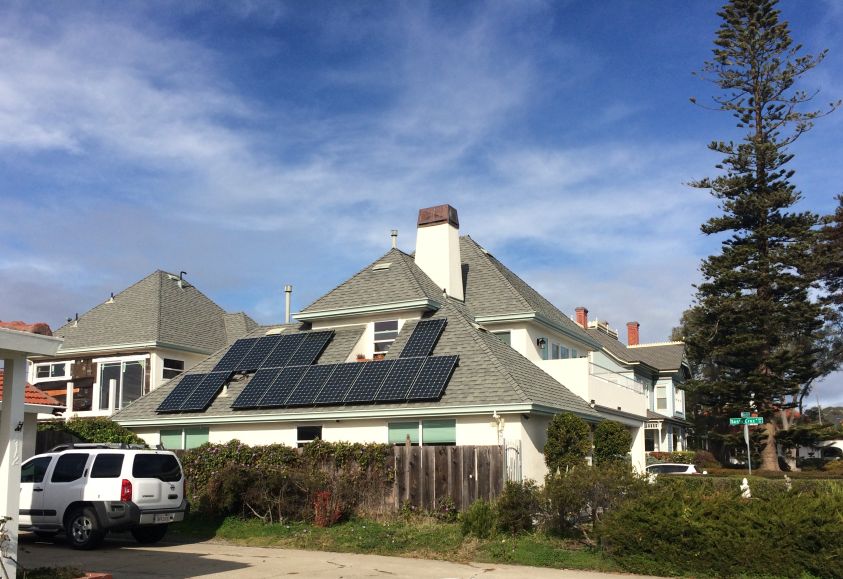 A new study from Lawrence Berkeley National Laboratory has confirmed earlier findings that homes with rooftop solar are worth more.

Two older studies had already found that buyers were willing to pay an average of about a $15,000 premium for homes with solar. One of these studies surveyed potential buyers, in January, and confirmed that there was a willingness on the part of buyers to pay a premium, and also found that it didn’t make a difference whether the systems were owned or leased.

The new LBNL study has found that now, appraisals are being affected. Solar homes are appraised at up to 6% more than comparable homes without solar, and these price boosts range from $10,000 to $22,000.

The perception of value has now been codified in appraisals.

To do the study, the LBNL researchers looked at appraisals in six markets in Oregon, California, North Carolina, Florida, Pennsylvania and Maryland, and compared solar homes against comparable non-PV homes by the same appraiser.

In this study, 80% of the solar home sales had to be eliminated from the study, because they were missing data, or because no comparable non-solar home could be found.

To be comparable, both homes compared must be in the same neighborhood, have the same number of bedrooms and other amenities, for example, if one has a swimming pool or hot tub, so should the other.

As a result, the study ended up with 43 pairs to analyze.

According to co-author Sandra Adomatis, an appraiser who helped develop the Appraisal Institute’s Green Addendum, appraisers and lenders prefer the paired-sales valuation techniques that are standard in the real estate community, however comparable pairs of PV and non-PV homes are not always available.

Despite the relatively few pairs of comparable solar versus non solar homes (due to the difficulty in finding paired-sales valuations), the findings of the 43 sets of data are still very useful to the appraisal industry.

However, to achieve the levels of certainty required in appraisals, better data will be needed. As solar becomes more widespread, it will become possible to do studies with larger numbers of pairs. And to get more data into a public database, the solar industry should coordinate with Sandia National Laboratories in using the PV Value tool developed there for use by both researchers and the real estate market.
Interestingly, having solar did not appear to make homes sell either faster or slower.

In every state except Oregon, both the net cost of the system as well as a higher estimated income or savings from having the solar system was reflected in a relatively higher premium.

The study was in part funded by the US Department of Energy’s SunShot Initiative. The subject of solar evaluation is still very new to the real estate appraisal industry, and appraisers will need further education to analyze the exact impact of reduced utility bills on the long term economic value of a home. A course, offering specific details of appraising solar has been attended by only several hundred appraisers so far.