What is the Average Electricity Bill in Los Angeles? 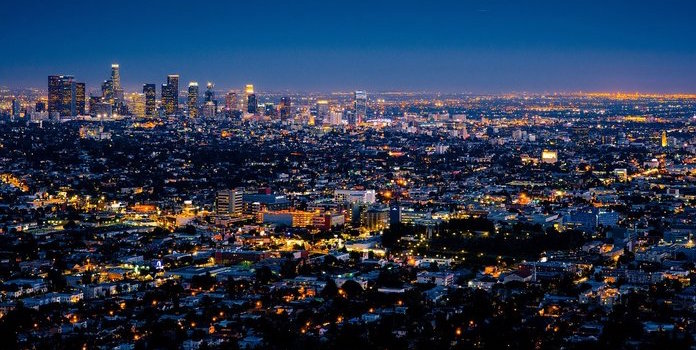 What’s the average electricity bill in Los Angeles and how do you make it more affordable?

Average Electricity Use in Los Angeles

The average Los Angeles household uses about 500 kilowatt-hours (kWh) monthly. This means that at California’s average utility rate of $0.1699 per kWh, homeowners in Los Angeles typically spend about $85 a month on electricity or $1,020 in a year. Of course, home size, efficiency measures, and behavior all play a major role in how much energy a home uses and different areas of the city see drastically different electricity use.

Case in point: we all know that famous zip code 90210, but do you know what area that is? Yes, Beverly Hills! Can you guess what the average electricity use in the area? I’ll give you a hint: it’s very high. In fact, it’s over twice as high as the national average.

A whopping 1,944 kilowatt-hours per month (see previous links for more info)! You can probably picture Beverly Hills in your mind – huge mansions in gated communities with pools and tennis courts. No wonder they use so much electricity! Compare this to the average electricity use in the famous Chinatown area – 287 kWh per month – and you begin to see just how varied electricity use can be!

Los Angeles is a sprawling metropolis that is the most populated city in California. It is home to many large businesses, the entertainment industry, and all the luxuries that money can buy. As you can imagine, the city consumes huge amounts of power on a daily basis.

To help lower costs and curb emissions, many in the city and state are strongly advocating the use of solar. California ranks first in the country for the amount of solar installed, with enough solar to power almost 4 million homes!

Los Angeles is located in a part of California that receives roughly six hours of pure sunlight each day. Coupled with fairly clear skies for most of the year, the city is a prime environment for the use of solar panels to generate energy by transforming the rays from the sun into electricity. As a general rule of thumb, the more sun an area receives, the more energy can be produced and dispersed, so along with desert southwest states like Arizona and New Mexico, and parts of Utah, Nevada, and Colorado – southern California is a prime area for solar.

To encourage homeowners and businesses to install solar in Los Angeles, both are eligible to receive incentives and join net metering programs to further reduce the cost of installation. The Los Angeles Department of Water and Power, through their solar incentive program, offers rebates of $0.30 per watt for a residential customer and $0.40 per watt for commercial customers. For an average-sized residential solar installation of 5.6 kilowatts, this incentive adds up to over $1,600 – not a bad rebate!

Residents of Los Angeles are becoming increasingly interested in solar as a proven method of lowering electricity use while contributing to a healthier environment at the same time. You can pay up front in cash, take out a loan, or enter into a power-purchase agreement (PPA) to get your solar panels installed, but with the longevity of solar panels and net metering programs, the financial return is never-ending.

Save Money by Going Solar

With the rebate and incentive programs that are widely available to residents of Los Angeles, it is now easier than ever to save money installing solar. With an average 5.6-kilowatt installation costing about $16,500 if you purchased the installation outright, solar can be pretty expensive. But, after applying the 30% federal tax credit and LADWP’s solar incentive, that total cost drops to just $8,300 – giving you a much faster return on your investment and allowing you to start saving even faster.

At a total cost of $8,300 – coupled with California’s high utility rates – you could save almost $50,000 in 25 years after taking into account solar panels’ drop in output each year due to degradation as well as utilities’ average annual rate increase. Obviously, with a loan or lease, you wouldn’t be able to save quite as much, but as you can see you’re still able to save quite a lot even if your total savings dropped by half!

With the explosive growth of the solar industry and through the adoption of solar incentive programs, Los Angeles is working towards meeting the state’s goal of 33% renewable energy by 2020. Rivaled with other large technology-forward societies like China and Germany, California proves to have a very ambitious solar and renewable goals that is setting the standard. From a personal perspective, why not enjoy installing solar panels that not only helps you to save money and helps your area create a more resilient electricity grid, but also works to decrease emissions throughout the world? To us, that seems like an easy decision to make.