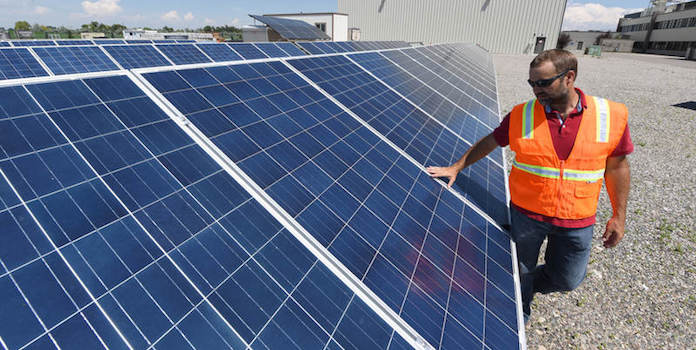 With a solid reputation and extensive feedback, we look into Baker Electric Solar

Our research into Baker Electric Solar reviews indicates they are one of the best reviewed solar installers out there. If you’re looking to go solar in southern California, add them to your shortlist!

Located in the southern California area, they’ve installed over 7,000 solar systems and their parent company, Baker Electric, has been around since 1938. The company installs both residential and commercial solar, including battery storage with the Tesla Powerwall.

Let’s look at Baker Electric Solar reviews, what customers say about them, and why they’re so great to work with.

Baker Electric Solar has received numerous awards from the BBB, San Diego Business Journal, and Angie’s List for their professionalism and service.

This is a great sign, but let’s look at a few online platforms to see what sort of reviews actual customers are giving the company. Afterwards, we’ll compare these scores to other solar installers for some context. Ratings are current as of September 2017.

You probably don’t realize how rare it is that no one gave them zero stars, but when you’ve been writing these articles on solar installers long enough, you know just how incredible that is. In fact, this is the first time I’ve ever seen such good ratings for a solar company! When we get to the comparison to other installers, you’ll see what I mean.

Baker Electric is looking great, but sometimes a solar company will have great reviews on one site and low reviews on another, so let’s check out another site to see if reviews are consistently high.

This installer is looking better and better. But before we move to the next section, let’s take a look at one more site.

People typically go to the BBB when something goes wrong, so it’s a good glimpse into the sort of problems and complaints customers have when working with a company.

Only 5 individuals have left reviews for Baker Electric Solar on the BBB site – too few to really make any judgments about the company – but still, of those 5, 3 left positive reviews and 2 left negative reviews.

When compared to other solar companies, that’s actually pretty good, especially for the BBB. A complaint to the BBB is typically people’s last hope when something goes terribly, terribly wrong, so the fact that there are so few reviews is probably good. 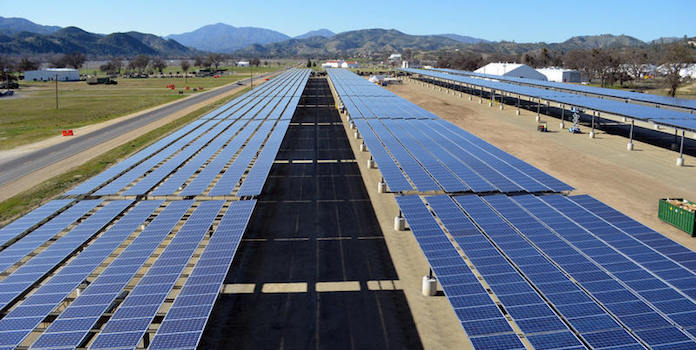 Baker Electric Solar enjoys some of the highest reviews that we’ve seen for a solar company, period.

Typically, reviews for solar installers are extremely polarized. About half give zero stars and about half give 5 stars. When evaluating an installer, you just want more 5 stars than zero stars.

When installations are easy, customers are happy. But there are many components to a solar installation (sales, design, utility interconnection, net metering, HOA approval, utility approval, etc) and when something goes wrong, it can really set the entire process back, sometimes to a crawling pace.

If an installer is well-organized, experienced, and trains employees well, they can handle setbacks quickly and efficiently. Such seems to be the case with Baker Electric. If a company overworks their employees, doesn’t offer proper training, or has poor communication between departments, small problems can snowball into huge messes. (Trust me, as a project manager and installer at several solar companies, I’ve seen what can happen.)

Baker Electric Solar seems to be doing a lot right. Their small size likely plays into this. Unlike national installers that have to know everything about every single city they work in, Baker Electric focuses exclusively on southern California.

This means they have experience and expertise with all the local utilities and city/county requirements. They know all the processes, shortcuts, and ends-and-outs to ensure utility, city/county, and HOA approvals go smoothly. They also seem to, simply put, just be really good at installing solar, and their customer reviews are a testament to it.

Customers praise Baker Electric Solar for every step of the solar process, from sales and installation to customer support and professionalism. Let’s look at a few actual reviews.

Here’s one from Michael on Yelp, praising Baker Electric for the easy process:

Baker Electric Solar was great to work with! From the initial sales call all the way through the project they were efficient and professional. The schedule they gave me was fairly spot on and they kept me updated through the entire project until completion. I would highly recommend their services to anyone interested in solar!

Here’s another review, from Linda on Yelp, again praising the ease of the entire process:

I honestly don’t know how Baker Electric does it – they must have an amazing hiring process because EVERYONE we dealt with – sales rep, office staff, installers – was friendly, courteous, professional, efficient and knowledgeable.  An absolute pleasure to work with, start to finish.

And one more on Solar Reviews from a reviewer who received estimates from 6 companies and decided to work with Baker:

They had every step covered from the beginning to end. They were professional throughout. The salesman was not pushy and was a straight shooter. I interviewed six companies and they were the third lowest in price (by less than 1k) but the other two quotes were fly by nighters. They came recommended and I recommend them. The installers were clean and thorough (even had their own port a pottie). They did not add any expenses and kept their word throughout the process. They are reliable and will be around in 20 years which is important for warranty reasons. 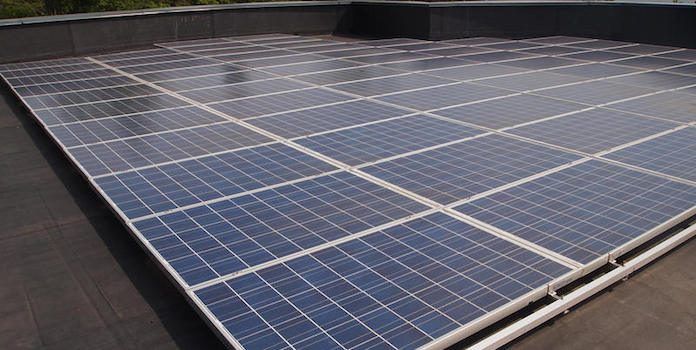 While the vast majority of reviews are extremely positive, there are some negative comments here and there, mostly around customer support after the installation is complete or after initial paperwork is signed.

Baker’s sales person was very knowledgeable and courteous. The reason why I would not recommend this company is for what we have experienced after our contract was signed. Baker dragged their feet in providing the necessary paperwork to the credit union for loan approval. We had to contact them to push for the installation day. Once the day was set, the installation was done fast and the crew was very nice. Our only disappointment was dealing with the people at the office and their lack of communication skills, like not returning phone calls or messages

And another review, this time from Yelp, discussing the company’s poor service and support after the installation:

The sales person and the installation crew deserves a 5-star review, but the reason I’m giving them a one star, since I cannot go any lower, is for the service department. The installation was in June of 2016 and in September of the same year the monitoring went… I was promised by the service person that if the problem will occur again the breaker will be changed. Now they tell me that it will have to happen again before they change it. I was promised a call from the service department on Monday. Now 2 days later I still haven’t heard from them. The first time it took several calls and almost 2 weeks before I was contacted. Looks like we are heading down the same road. Very frustrating!

Overall, customer reviews for Baker Electric Solar are really positive, but for the sake of thoroughness, let’s compare their review scores to SolarCi﻿﻿﻿ty and Sunrun, the 2 largest residential solar installers in the US.

As you can see, Baker Electric Solar beats the pants off both of these well-known solar installers. On Solar Reviews, Baker’s reviews are a full 2x higher than SolarCity!

​#6 Should You Work with Baker Electric Solar? 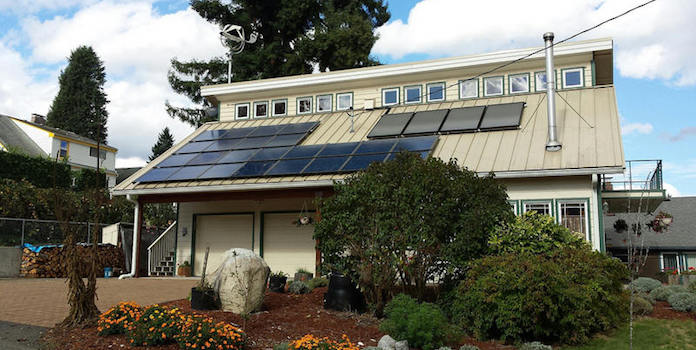 The biggest issue with Baker Electric Solar is their limited scope and that we all can’t work with them. Other installers promise easy, painless experiences going solar, but so frequently they fail to deliver on that promise. Baker Electric seems to have figured out how to install solar quickly, easily, and painlessly – and they’ve got the actual customer reviews to back it up.

If you’re looking to go solar in southern California, we would highly recommend at least including Baker Electric in your ‘final three’ to contact for estimates. Judging from all the reviews, you’d be hard-pressed to find a better installer.