Are Electric Cars Worth It? 8 Pros and Cons to Help You Decide 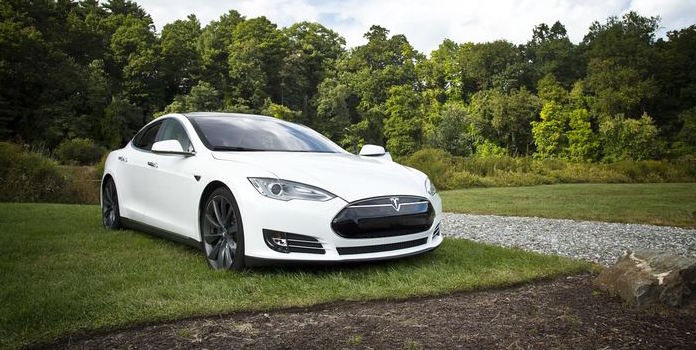 Weighing out the good vs bad of electric cars

Electric cars are hot stuff right now and every manufacturer out there seems to be making one. Chevy just released their amazing new Bolt. Volkswagen’s got their new e-Golf. All of Tesla’s models are worthy of jaw-dropping awe. Nissan’s still putting out the LEAF – the bestselling electric vehicle (EV) in history. Yet the question remains: are electric cars worth it?

Remember that EVs are very different than gas-powered cars in many ways. There are certainly negatives – what happens when your battery bank eventually dies? But also some serious positives – no more oil changes! Before you decide to go out and buy one, let’s list 4 pros and 4 cons to owning EVs.

If you’re interested in seeing what EVs are available on the market, check out our article The Rundown on 2017 Electric Car Costs.

If you’re eco-minded, this first pro is the big one. We all know that conventional vehicles create pollution while electric vehicles produce zero emissions.

Of course, your EV isn’t completely devoid of contributing to pollution. With an EV, you are ‘filling up’ your car with electricity from your utility, so your EV’s emissions depend on your utility’s fuel mix. If your utility makes use of a lot of renewables in their portfolio, you can rest assured that your EV is putting out a lot less emissions than a gas-powered car.

The US Department of Energy publishes a wonderful comparison tool that compares the emissions from EV and gas-powered vehicles both in each state. Let’s do some quick comparisons:

With the average US electricity generation mix (34% from natural gas, 30% from coal, 20% nuclear, etc), EVs produce about 4,587 pounds of carbon dioxide each year. Compare that to a typical gas-powered car’s 11,435 pounds and you can see just how much better EVs are for the environment – even with conventional electricity generation! 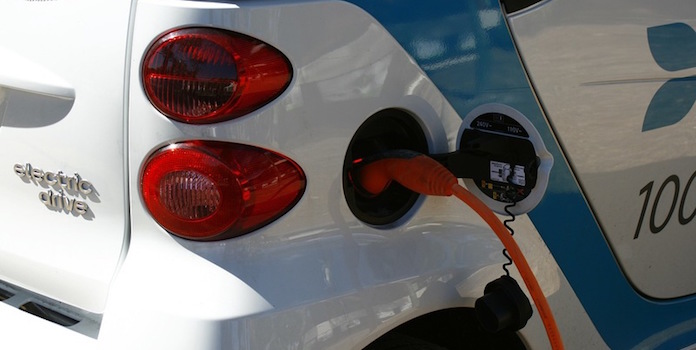 Even though gas is pretty reasonably priced right now, fueling up with electricity is always going to be cheaper. How much it costs to charge your EV depends on your local electricity prices as well as the efficiency of your EV.

Take a look at this graph from the Idaho National Lab, a federally-funded research lab. You’ll probably need to read the instructions to interpret the data, but it compares energy cost per mile for both EVs and gas-powered vehicles.

In comparison, an EV with an efficiency of 3 miles per kilowatt-hour (similar to the ever-popular Nissan LEAF) and at the national average utility rate of $0.13 per kWh, costs about $0.04 per mile for fuel.

Needless to say, spending a third of the price of fuel is always a good thing!

If you’ve got solar panels on your home’s roof, you can charge the car with energy you generate yourself! As another cost-saving measure, some utilities even offer special low rates for charging EVs at night when electricity demand is low. Colorado’s Xcel Energy, for example, offers EV customers both peak demand pricing as well as time-of-use pricing to help lower electricity bills and help curb demand during peak electricity use (pg. 9).

With special rates and a little planning, you can save even more by driving an EV.

Pro #3: EVs are quieter and faster

The performance of electric motors is also an improvement over gas engines, at least in two ways.

First, electric vehicles are much quieter than their gas-powered brethren. Passengers can ride in even more comfort and silence. This one might be a double-edged sword though, as it presents a safety issue. Since the cars are so quiet, pedestrians no longer have any engine noise to warn them a car is near.

To alleviate this issue, back in 2016 the federal government mandated that EVs and hybrids must make noise while at low speeds, hoping to deter about 2,400 injuries a year.

Beyond the silence, electric vehicles also have much faster acceleration than gas-powered cars, as electric motors have immediate power and don’t need to rev up to optimum RPM for max power.

Case in point: the all-electric Tesla Model S is the fastest production car in the world, going from 0 to 60 MPH in just 2.5 seconds. And this isn’t some fancy two-seater. You can fit 7 people in that thing!

Even reasonably priced EVs like the new Chevy Bolt see a quick 0 to 60 of 6.5 seconds. Not too bad, huh?

Of course, non-motor equipment like brakes, air conditioning, and body and interior components, still need normal maintenance and/or repair (your power windows can still burn out), but the heart of the car – the motor – proves far less to worry about with EVs than gas cars.

Now let’s move on to the drawbacks of electric cars.

Con #1: you need a place to charge 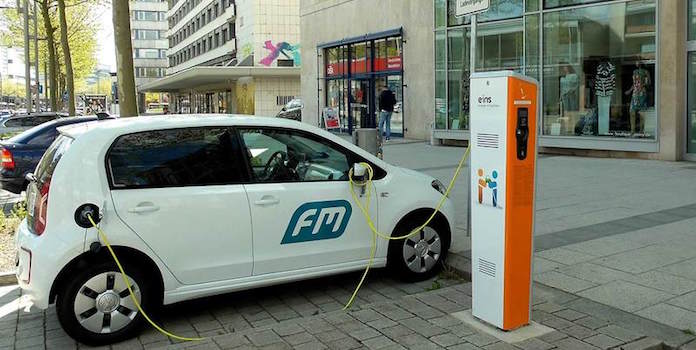 Our society is built around the gas-powered automobile. When you need to fill up, stop at one of hundreds of gas stations in your town, flip on the pump, and a few minutes later you’re on the road again.

With EVs only recently becoming more mainstream, the fueling and support infrastructure just isn’t quite there yet. Tesla’s done a great job of strategically installing thousands of their Superchargers (6,550 across 951 stations, to be exact) across the US and Tesla drivers can now drive coast to coast worry free.

But EV chargers are far from ubiquitous. Most EV owners either charge their cars in their home garage or at work, where many employers actually provide free charging for EVs.

What about if you live in an apartment building, though? What if you don’t have a garage? How about urban-dwellers that only have street parking? To live with an EV, you’ve actually got to have chargers available at convenient times and locations – not a given for some people.

Even with the $7,500 federal tax credit for electric cars, you’re still paying a premium for your EV. This higher price, along with the lower driving range (next section), are the two biggest issues preventing greater EV adoption.

Of course, car manufacturers are actively working on both of these issues. In 2017, we’ve seen some major breakthroughs. Chevy’s new Bolt and Tesla’s Model 3 see pretty good prices (though still high when compared to gas-powered cars) and have a fantastic range of 220+ miles. 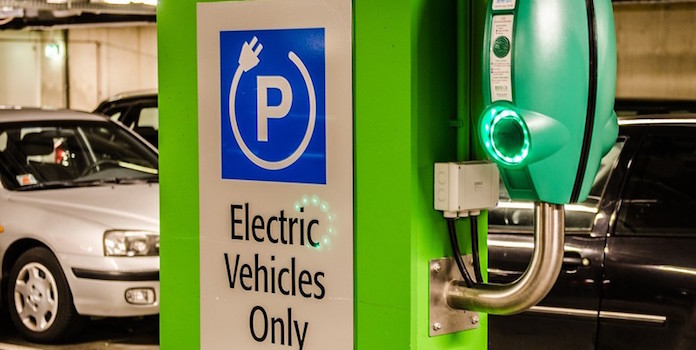 We already touched on this issue, but electric cars also see lower range than gas cars. Even just 2 years ago, a 90-mile range was the best in the business (besides Tesla). Let’s be honest: that’s pretty terrible. Thankfully, this is one area where car manufacturers are getting better and better.

In 2017, Chevy released the Bolt, which sees an incredible 238-mile range. Tesla itself finally released their first mid-priced sedan, the Model 3, in summer 2017, with a range of 220 miles and a base price of $35k. When compared to other EVs, both of these vehicles provide an amazing package for what you pay.

The above vehicles are surely amazing feats, but let’s put this into perspective: 220 miles is more than enough to drive around town for the day or even a medium-length road trip to a nearby town, but it still pales in comparison to gas-powered counterparts.

With most of us driving just 37 miles a day, every electric car on the market provides more than enough range to get us where we need to go almost all the time. However, if you ever want to go on vacation outside the state, you’ll need to either fly, take the train, or own a 2nd car. 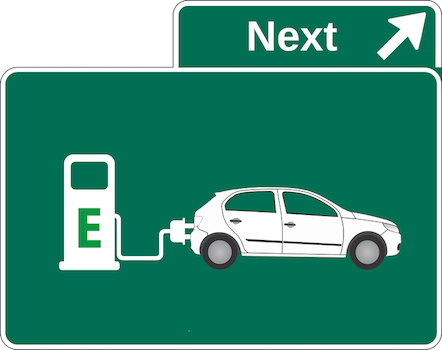 We all know that batteries eventually die. Who hasn’t experienced that annoying morning where the car finally won’t start? Or when your phone only holds a charge for about 20 minutes?

Electric cars suffer from the same problem, though thankfully it takes much longer to get there than your phone. Most EV manufacturers provide warranties for the battery and drivetrain for 8 years or 100,000 miles (whichever comes first), alleviating some of the worries. After that, you’re on your own, leading to the question: how much do batteries cost to replace?

One estimate for the Nissan LEAF put the total price around $5,500 for an older model. Completely replacing the large battery pack in the Chevy Bolt will cost a whopping $15,734, but individual battery modules can be replaced as necessary.

While Chevy offers the standard 8 year/100,000 mile warranty for the Bolt’s battery system, a $15k replacement is still a daunting proposition if you plan to keep your car for the long haul.

Are electric cars worth it?

We’ve looked at all the pros and cons, so now we need to decide if electric cars are worth it. Well, let’s review the points above one more time. Let’s start with the advantages of EVs:

The above list is pretty compelling, but we can’t forget the cons:

With EV sales in the US increasing 37% from 2015 to 2016, people are obviously finding electric cars worthwhile. Whether it be the reduced emissions, lower operating and maintenance costs, or just the ‘cool factor’, some people really seem to like EVs! If you’re in the market for a Tesla, you can throw in ‘insane amount of power’ along with the low costs and emissions.

There are still some serious drawbacks to owning an EV, though. They’re more expensive to purchase and you’re still limited by charger locations and low range. Even Teslas and the Chevy Bolt – which see the highest range of any EV on the market – pale when compared to the range of most gas-powered vehicles.

If you’re a single car family that likes to take trips, you might want to stick with a gas-powered (or at least hybrid car) for now. But as a commuter car, 2nd car, or something to drive around town, our current EVs – even with all their limitations – make a lot of sense.