What are the Benefits of Solar Energy? 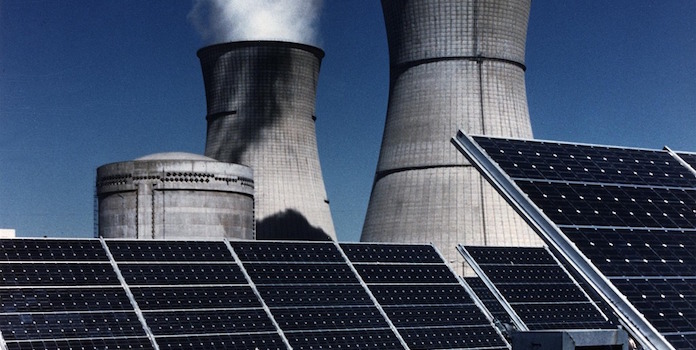 Taking a societal look at the benefits of solar energy.

As you can probably imagine, there are many benefits of solar energy. We’ve written about the benefits and drawbacks of solar before in our October 2016 Solar Energy Pros and Cons – Top 10, but in that article we mostly focused on issues important to homeowners going solar – solar panel efficiency, cost-effectiveness, and the high upfront cost of solar panels.

Today, let’s take a step back and look at the benefits of solar energy on a much wider scale. We’ll delve into how solar can benefit a nation or society’s economy while increasing energy independence and financial security.

Since sunlight falls equally all over the world, it offers a chance for countries, states, businesses and even homeowners to enjoy more independence with their electricity.

On a nationwide scale, the US is already fairly independent with our electricity. 66% of all our electricity is generated by coal and natural gas. We export more coal than we use and we consume pretty much all the natural gas we harvest domestically. No matter what you think about the detriments and benefits of these traditional fuel sources, on the energy independence front, we as a country are doing pretty well because of them.

However, let’s zoom in on one area of the US that isn’t so independent – Hawaii. Historically Hawaii has relied on petroleum shipped in from the mainland – a very expensive process. In 2014, the state imported 90% of all the electricity it consumed! It also has the highest electricity prices in the nation. Ouch!

Fast forward to today and Hawaii still has the highest electricity prices in any state in the country, but now 35% of all electricity used in Hawaii is from native-born solar installations, both utility-scale and residential rooftop.

Hawaii is not stopping there. The state sees homegrown solar and other renewable technologies as so important to its future that it set a goal that 100% of its electricity must come from renewable sources (including solar, wind, and geothermal) by 2045.

Not only does this move give them 100% energy independence (once the infrastructure is in place), but also allows the residents to enjoy absolutely no emissions from electricity production and lower energy rates for businesses and homeowners. Talk about a win-win-win scenario!

While we have plenty of reserves of coal and natural gas now, the fact remains that they are finite resources. Eventually, at some point in the future, they’ll become more and more scarce until we finally run out. Until that point, coal and natural gas prices will continue to fluctuate as stockpiles are used up, wells and mines wind down, short- and long-term shortages continue, and embargos are placed. And without fail, as we get closer and closer to the end of our reserves, prices will creep up until there’s nothing left to buy.

Solar and other renewables, on the other hand, rely on free constant sources of energy. Sunlight can’t be hoarded, bought, or sold. As long as you’ve got a way to harness that electricity, everyone on earth has equal access. Once your solar system is installed, you can rest assured you’ll get fairly consistent electricity for free, indefinitely. That seems pretty secure to us.

Both the solar and wind industries are growing 12 times faster than the rest of the US economy, according to a 2017 report from the Environmental Defense Fund. Slicing the data another way, since 2012 the renewables industry has grown at a compound annual growth rate of 6%, compared to the fossil fuel industry’s -4.25% (yes, the coal industry is actually shrinking). Looking at even another angle, in 2016, for the first time in history, more solar was installed than any other electricity generation type, including wind and natural gas.

As solar technology and installation costs continue to drop and more individuals install solar, the industry is sure to continue its trajectory of enormous growth into the future.

Solar is a Secure Investment

Solar offers homeowners, businesses and even governments a secure investment that will see regular returns over the course of its life. As mentioned above, solar provides regular, no-cost electricity once the system is installed. When compared to the alternative of purchasing electricity from the utility – with all its fuel price fluctuations – solar energy offers a more secure, consistent financial investment.

This is not to say that investing in a single solar company or manufacturer by buying stocks is a secure investment. The solar industry is notoriously fickle right now and companies come and go rather quickly. But purchasing and installing a solar installation provides years of consistent, cheap electricity – a good bet for anyone.

According to a 2016 report (p.2) from Lazard, one of the world’s largest asset and finance management firms, solar and wind are now the cheapest forms of electricity generation existing today, coming in at less than half the average cost of coal-fired generation.

This low cost of solar doesn’t include solar with storage and adding batteries greatly increases the cost. As of right now, it’s better to think of battery-less solar as a single component of a healthy mix of different electricity sources. As research continues to drop the cost of solar, batteries, and other storage technologies, solar plus storage will become more and more feasible.

Until that time, solar can still be installed next to other more traditional energy sources as a very cost-effective option. And installing renewable energy allows utilities to save money on fuel costs, passing those savings to its customers.

So What are the Benefits of Solar Energy?

Beyond saving you money, installing solar creates new jobs, curbs global warming, and increases a society’s energy independence and security. As more and more solar is installed, these benefits will enlarge as well. More security, more independence, and more jobs. We can’t go wrong with that!

Did we leave out an important benefit or drawback? Add it in the comments below!