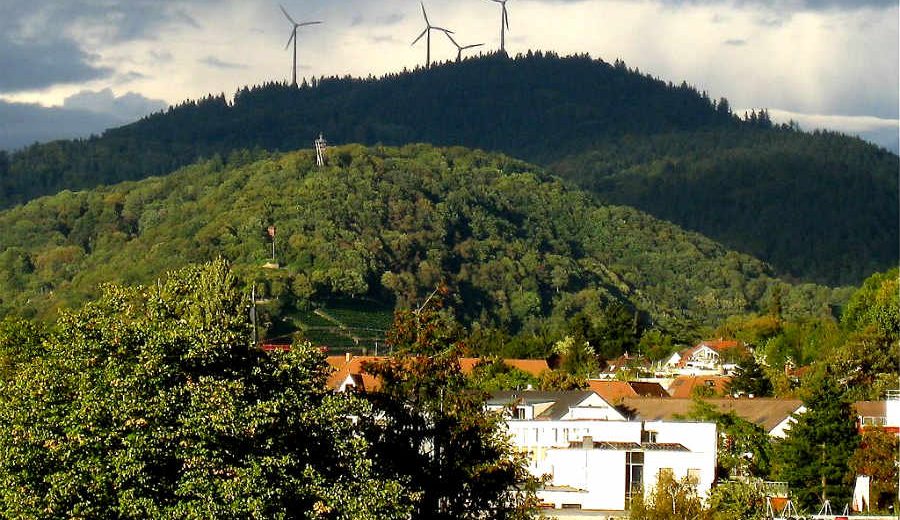 In 2015, Fraunhofer scientists anticipate a record export surplus of up to 40 TWh electricity for Germany

Germany will have earned close to $2 billion from energy exports according to Fraunhofer-Institut für Solare Energiesysteme ISE based on energy data reported  to the German government. The data on Germany’s imports and exports of various sources of energy are displayed in graphical form by Fraunhofer scientists.

The data has revealed consistent revenue that mounts into the billions, coming from exported German electricity. In 2014 revenues amounted to nearly $2 billion dollars, and are expected to remain at this level in 2015 as well.

Germany also imports electricity from its neighbors, but the data shows Germany has been able to export at a higher market price than it pays for imported electricity.

The graphical analysis also shows that, on average, market prices were higher for electricity exported from Germany than for electricity imported into Germany. Within Germany there had been concern that it might be selling cheap, buying high, but the data put that argument to rest.

“Over the past years, Germany was able to secure higher prices for its electricity exports than it paid for electricity imports,” said Fraunhofer. 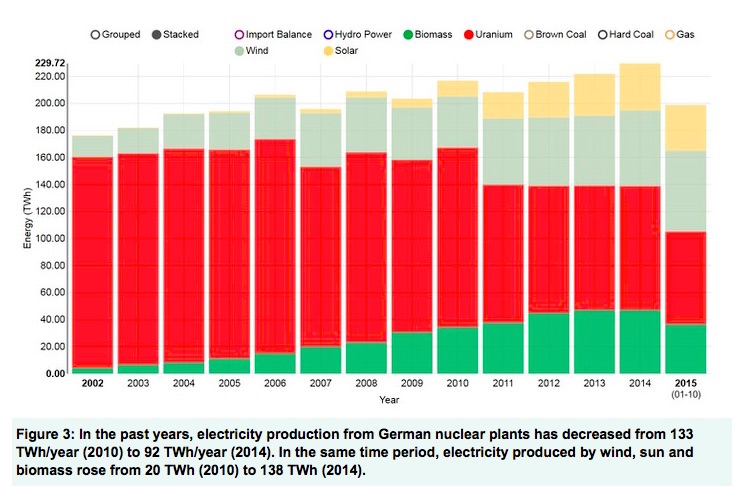 More renewables are making up for less nuclear

With the phasing out of nuclear power in Germany planned by 2022 (as a response to the Fukushima earthquake and tsunami that damaged the nuclear reactor on Japan’s coastline) the data shows that the shortfall is being made up in increases in solar, wind and biomass, rather than by fossil fuels as some had predicted would happen.

Nuclear generation decreased by 41 TWh between 2010 and 2014, while in that same period, solar, wind and biomass generation increased by about 118 TWh, say Fraunhofer scientists, who caution that:

“Major efforts in renewable energy expansion are still drastically needed in order to replace the remaining nuclear power plants and to reduce the electricity production from coal-fired plants, which are especially damaging to the climate.”

Renewable energy is also having a positive effect on Germany’s domestic electricity market.

Renewable power is seen to be driving fossil fuels out of the market in Germany, according to Bloomberg:

“Germany’s shift toward an economy based on renewable energy has depressed power prices in Europe’s biggest market as generation from wind and solar cut operating hours at traditional generators burning fossil fuels. Average prices will likely remain near current levels this year, according to the survey. That would be unsustainable for older plants even as oil’s slump to a 12-year low helped reduce fuel costs.”

The reason for this is that Germany has a merit order for bringing plants online. Under this plan, the cheapest generation to run must be chosen first (be used in the “order of merit”) and with zero fuel costs, solar and wind have the highest “merit” (lowest cost).