Five Effects of Global Warming You May Not Realize 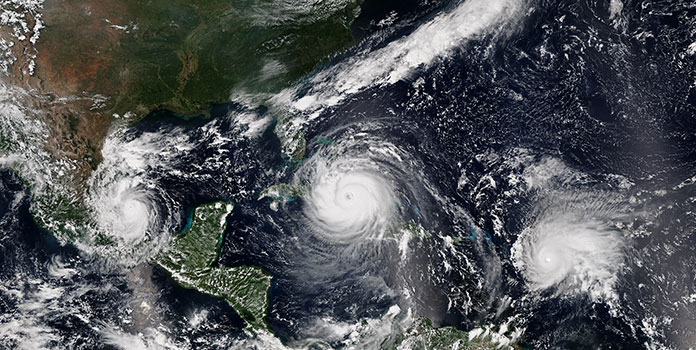 During discussions of fossil fuels and carbon emissions, global warming always – and inevitably – comes up. It’s a fact that’s hard to ignore. 2016 was the hottest year on record since modern record-keeping began in 1880 and data from NASA shows that Arctic ice is diminishing at a rate of 13.4 percent per decade.

But increasing temperatures and rising sea levels aren’t the only issues we should be concerned about. There are many lesser known effects of global warming that we don’t generally talk about – and many of us don’t even realize. Let’s take a look at those today. 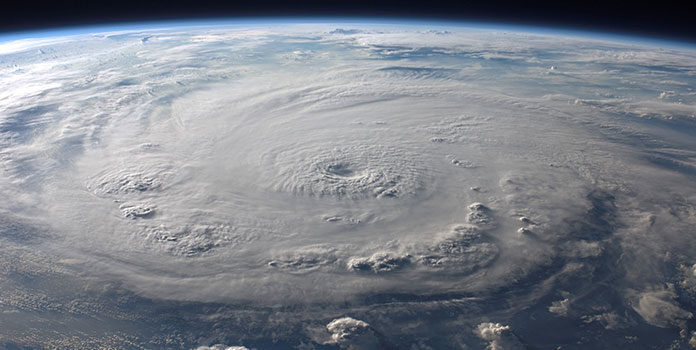 After the impacts of Hurricanes Irma, Maria, and Harvey on Florida, Puerto Rico, and Houston, you may have pondered the link between the intensity and frequency of hurricanes and climate change.

Hurricanes form with atmospheric heat: warmer air rises, leaving areas of lower pressure beneath it, which then suck in more hot air to join this swirling and rising mass. Problems begin when this air picks up water while traveling above the ocean. How is this connected to global warming? Consider this: The atmosphere can hold about 7 percent more water for every one degree Celsius increase in temperature.

Gabriel Vecchi, a geosciences professor at Princeton University, explains why warmer temperatures correspond to an increase of a rainfall:

Of course, hurricanes are a part of natural climate patterns, but recent research from the Intergovernmental Panel on Climate Change points to an increase in hurricane severity since the 1970s (pg. 8). So, we are not necessarily hit by a growing number of hurricanes, but the storms that are hitting us have higher wind speeds and precipitation. 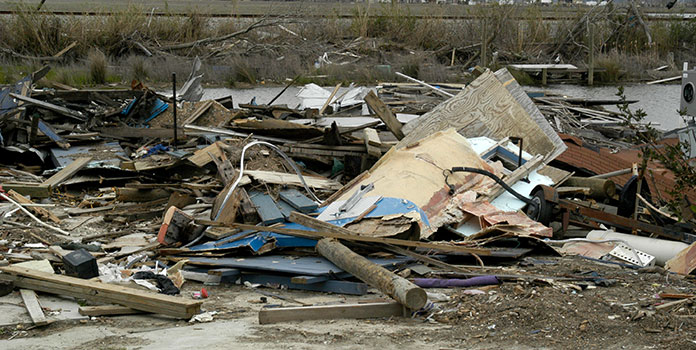 For instance, Hurricane Harvey has left an estimated 153 million cubic meters of trash across the Texas Gulf Coast, driving up the debris-hauling rates of their contractors. In fact, communities in both Texas and Florida have had to renegotiate contracts, paying millions of dollars more than average in order to obtain the trucks and hauling equipment necessary for clean up.

According to The Economic Case for Climate Action in the United States, a 2017 report published by the Universal Ecological Fund and co-authored by Dr. James McCarthy, Professor of Oceanography at Harvard University, extreme weather has cost the American economy a whopping $240 billion per year in the past decade.

That’s pretty bad, but it gets worse: the report estimates that these costs, combined with health costs attributed to air pollution, will reach $360 billion per year in the next decade – equal to 55% of U.S. economic growth.

Left unaddressed, global warming would eventually lead to a 3% decline in our national Gross Domestic Product by the end of the 21st century, according to another report published in Science.

Let’s not forget that storms can also lead to a shortage of food and energy, which can also boost acquisition cost. Hurricane Maria, for instance, destroyed about 80% of crops in Puerto Rico, which lost an estimated $780 million in agriculture yields.

To top it off, the hurricane caused landslides to form in the mountainous portion of the island, destroying numerous roads and consequently a central part of Puerto Rico’s agriculture infrastructure.

Increased violence due to resource scarcity 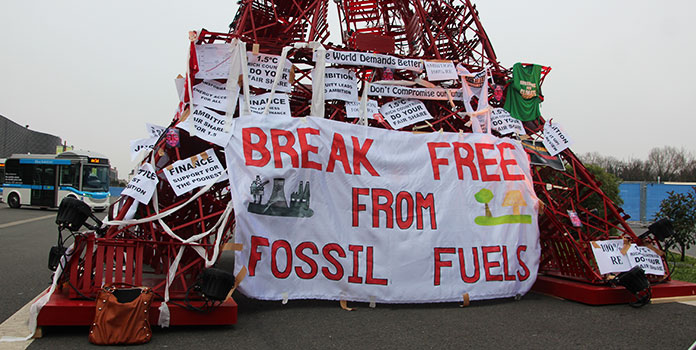 Easily accessible food and energy are one of the basic building blocks of modern society. Without them, societies simply cannot function.

As we continue to deplete our natural resources of fossil fuels and global warming increases, potentially leading to food shortages as well, a global situation is created wherein violence can quickly erupt.

Many researchers find that valuable oil and natural gas often lie at the heart of global conflicts. Michael Klare, a Professor of Peace and World Security Studies at Hampshire College, examines how fossil fuels are the cause of tension and unrest in regions like Iraq, Syria, Nigeria, South Sudan, and Russia. According to Dr. Klare:

In a fossil-fuel world, control over oil and gas reserves is an essential component of national power.

Since oil is one of the principle sources of national income for these countries, and energy is a commodity that the rest of the world is heavily dependent on, these states often exert a disproportionate amount of power and influence over international politics.

History tends to corroborate this theory. Countries around the world have a long history of hostility when it comes to acquiring resources. Violent conflicts in numerous developing countries (pg. 8) in Rwanda, Nigeria, Bolivia, Haiti, and the Dominican Republic have risen over the scarcity of valuable resources, even water.

As the climate warms, scientists – including the writers of the Paris Agreement – believe that droughts and water shortages will proliferate in certain areas, leading to crop failure. Further down the road, this can obviously lead to disruption of our global food production and, consequently, undernourishment and even violence.

Sound hard to believe? The Darfur genocide, caused in part by a severe decline of rainfall combined with a surging population, is sometimes referred to as the “first climate change war.”

According to Marshall Burke, an agricultural economist at the University of California, civil wars were much more likely to happen in warmer-than-average years, with only a one degree Celsius warmer temperatures during any given year correlating to a 50 percent higher likelihood of conflict in that year.

The U.S. Intelligence Committee and global experts predict upcoming wars over commodities such as water – especially if two nations share a particular river system – as well as civil unrest and riots caused by a shortage of food (with rising prices) and other necessities crucial to survival.

While purely conjecture, this situation could even lead to mass migrations of “climate refugees”, with ensuing anti-immigration protests and violence. We might think these consequences will only occur in third-world countries that are already prone to economic collapse, civil war, and already experiencing a shortage of food and water, but in time these global warming effects could become a worldwide problem.

The entire planet will be affected. Areas that have never had a lack of resources before may find themselves in trouble down the line. 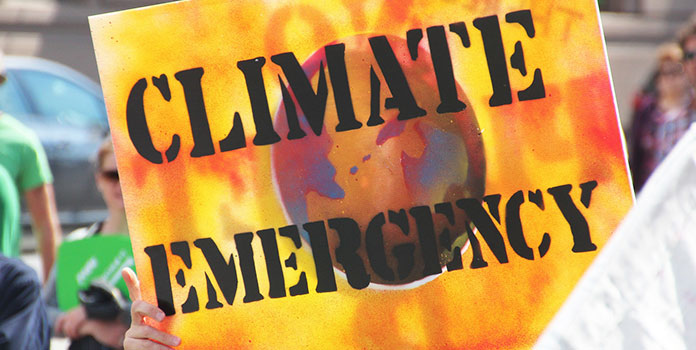 Although the number of heat-related deaths and hospitalizations is ferociously increasing, we have much more than heat waves to worry about. Looking more closely at a DARA International independent report commissioned in 2012 by twenty governments, climate change is guilty of causing 400,000 deaths around the world per year – a number projected to increase to 600,000 by the year 2030.

Of these numbers, global deaths due to air pollution specifically are expected to rise to 60,000 and 260,000 by the years 2030 and 2100 respectively, according to new research conducted by Dr. Raquel Silva of University of North Carolina’s Environmental Sciences and Engineering Department.

Apart from affecting food supplies, global warming affects other key factors linked to human health. Drinking water, for instance, can easily get contaminated by bacteria and pollution brought on by flooding.

Warmer, more humid temperatures, along with flooding, allows disease bearing mosquitoes to thrive. Even tropical diseases, such as Chikungunya and Rift Valley fever, are beginning to spread from Africa and Asia into Western Europe.

Further collapse of our ecosystem

Global warming has disastrous consequences on our environment, impacting our forests, lands, oceans, and animals. Every species on Earth has evolved to thrive in certain climatic conditions.

As the planet gets warmer, animals and plants are trying to adapt but are faced with difficult problems. For one, they can’t keep up with the rapid rate of climate change; experts estimate that global warming is occurring about ten times more rapidly than any type of change seen on Earth in the past 65 million years.

While animals in the past have geographically migrated to avoid warmer temperatures, today they are often met with human obstacles such as farms, roads and cities – which prevent them from accessing the diminishing regions in which they might have a chance at survival.

Also, let’s not forget that all animals are dependent on other life forms to survive (whether in the form of flora or fauna), and these food sources are also easily affected by warmer temperatures.

As a result, certain species are already facing extinction. The most well-known example is the polar bear, who is being forced to relocate due to melting glaciers. While some scientists suggest that polar bears could survive on goose eggs and caribou, it doesn’t always end well for our white furry predators.

In December 2017, National Geographic released a video (that subsequently went viral) showing an emaciated, starving polar bear on the brink of death scavenging for food in the Canadian territory Nunavut’s Baffin Island. Although a gut-wrenching sight for Nicklen and his crew, they filmed the bear as it rummaged through an Inuit trashcan before collapsing back on the ground.

Polar bears aren’t the only species facing extinction: Professor Daniel Rothman of the Massachusetts Institute of Technology claims in a mathematical study that the release of carbon dioxide in the atmosphere will cause a mass extinction of life by the year 2100.

Can we stop the effects of global warming? 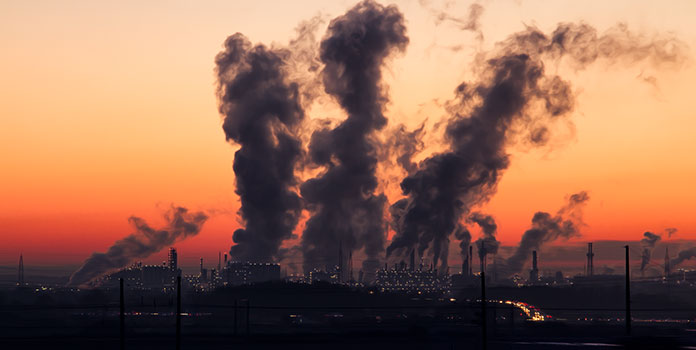 As we have seen, a future wherein we continue our pattern of pollution without change looks very bleak. Is anyone out there doing something to fight climate change? Of course!

Numerous countries around the world (197 to be exact) are members of the United Nations Framework Convention on Climate Change, which strives to minimize and eliminate the effects of human-induced global warming in various ways, including mitigation and the reduction of carbon dioxide emissions.

This is where the Paris Agreement comes in, with its mission to avoid temperature increases by 2 degrees Celsius over the next century.

You might be wondering what you can do to help out. Chances are that you didn’t help write the Paris Agreement, nor can you call up various leaders of the world to make sure all countries do their share to reduce carbon dioxide emissions. Even still, there’s plenty that we can do as individuals to fight global warming, such as installing solar panels, recycling, and making an effort to conserve water and electricity around the house.

We can’t erase the past, but with the right efforts and mindset, we can certainly work towards undoing some of the damage that has been done in order to save the planet and ensure the survival of all of its inhabitants.

How to Stop Global Warming – Ways We Can All Help