What Are the Real Global Warming Facts? 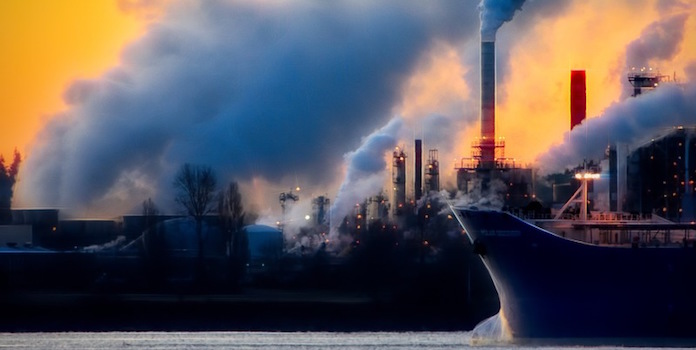 Although some believe that global warming is still an opinion that is up for debate, in actuality we’ve accumulated real proof for the phenomenon – based completely on research and evidence. Climate scientists have proven over and over that climate change is real, that human activity has negatively impacted our planet, and that things might get worse if we do not make some adjustments in how we do things.

Let’s go over scientifically proven global warming facts, including what it is, how we got here, and some ideas on what we can do about it.

Global warming is exactly what is sounds like: the overall temperature of the earth has been steadily increasing, to the tune of over 1° Celsius in the past 100 years.

While the Earth naturally goes through cycles of warmer and colder weather, natural processes like minuscule changes in the earth’s orbit, volcanic eruptions, and changes in the sun itself (all historical producers of climate change) simply can’t explain the rapid increase in temperature over the last 70 years.

In fact, the problem is only getting worse: NASA has been recording temperatures for 134 years, and 15 of the hottest years they’ve measured have been since the year 2000.

Although such a small rise in temperature seems inconsequential, the problem is that it doesn’t get spread out evenly. Some countries could experience warming on a scale of about 5 to 10 degrees – a substantial increase which could pose a threat to agriculture, wildlife, and life in general.

As I’m sure we’re all aware of thanks to those polar bear videos, global warming is disastrous for the environment – glaciers in Earth’s coldest regions melt and sea levels rise, changing our weather patterns and making hurricanes, floods and drought more common. All of this activity can endanger wildlife and threaten our planet’s citizens.

Svante Arrhenius was the first to describe anthropogenic (ie human-made) global warming in a scientific paper in 1896. He explained that the burning of coal releases carbon dioxide, leading to an increase in Earth’s temperature. His ideas were met with skepticism because no scientists or thinkers of the time thought that human-made activities could influence our vast planet’s climate patterns.

Nowadays, 97% of climate scientists as well as most scientific organizations  worldwide agree that the Earth has been steadily warming and that it is not the result of natural temperature fluctuations. Instead, research shows that the real cause of global warming has been an increase in certain gases that trap heat around our planet, creating a greenhouse effect. These gases are collectively known as greenhouse gases.

What are greenhouse gases, and where do they come from?

In the US, carbon dioxide accounts for about 80% of all greenhouse gases, with methane, nitrous oxide, and industrial fluorinated gases making up the last 20%. These gases mostly come from burning fossil fuels for energy and transportation as well as industrial processes, agriculture, and home use (heating and cooking). Even clearing forests to mine for these energy sources and transporting them to where they are needed contributes to the problem.

In essence, the more industrialized we become, the more greenhouse gas is added to the atmosphere.

Global warming isn’t the only issue. What’s the ozone layer, and how important is it? 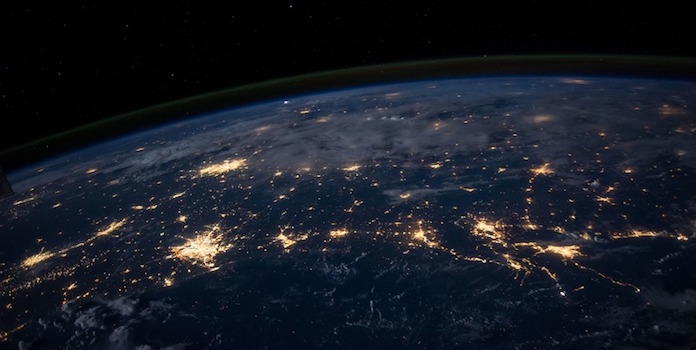 So far we’ve discussed greenhouse gases stuck in the earth’s atmosphere producing a ‘greenhouse effect’, but did you know there’s other human-made problems with the atmosphere as well?

Earth’s atmosphere is actually made up of several layers of gases and elements around the earth. Greenhouse gases infiltrate throughout, but the closest layer to the earth is known as the troposphere. If you’ve climbed a mountain or flown on a plane, you’ve been in this one before.

The next closest layer is the stratosphere, which houses the ozone layer. The ozone layer protects the earth from ultraviolet light (known as UV-B) coming from the sun and has had its fair share of issues as well!

Good ozone shields us from some UV-B light. Without that protection, our lives would be very different. Humans would be more susceptible to serious skin cancers like melanoma. Delicate crops could be destroyed, disrupting entire food chains. Ocean life would suffer too, as solar radiation can kill off microscopic food sources and permanently damage shellfish, both of which are vital to aquatic life.

In the mid-1980s, researchers found a giant hole in the ozone layer over Antarctica, likely caused by chlorofluorocarbons (CFCs) found in aerosol cans, coolants used in air conditioners and refrigerators, inhalers, and fire extinguishers.

Thanks to a United Nations pact virtually outlawing CFCs across the world, that ozone hole has had a chance to heal itself. Scientists believe the damage could be repaired by 2070 – good news for future generations.

Keep in mind that this ozone depletion is a completely separate phenomenon from the greenhouse gases discussed above. While thankfully we’ve got this ozone hole under control, greenhouse gas emissions are obviously still an issue.

Also separate from global warming (but still important), there is a human-made ozone layer that is closer to us on the surface, known as ground-level ozone, created by chemical reactions between nitrogen oxides and volatile oxygen compounds (known as VOCs). VOCs are a byproduct of gasoline vapors, car exhaust, industrial processes, and chemical solvents, among other things. Even that “new car smell” is made by VOCs.

Have you ever experienced smog or hazy days in the city? Yes? Then you’ve experienced ground-level ozone. With it being all around us, exposure is hard to avoid and can be bad for your health. It can cause breathing problems, headaches, nausea, and long term exposure can cause lung damage and other issues.

Your exposure to this ozone layer is worse in the summer when the air is hotter and air quality is worse. Your city might give out ‘ozone health alerts’ or something similar on days when ground-level ozone is particularly severe. Now that you know, better not ignore those warnings!

Can renewable energy reverse the effects of man-made climate change?

Although the production of solar panels can create harmful substances, the power generated by solar energy is still cleaner than that of fossil fuels and causes much less of an impact on the environment. Unlike fossil fuels, solar panels generate no greenhouse gases and, as an added benefit, are also renewable – we will never run out of solar power.

Therefore, although solar power may not reverse the harmful effects that have already been caused by the use of fossil fuels and human-made activities, transitioning to more sustainable and renewable energy sources can reduce the rate at which global warming is happening.

Without efforts to address climate change by limiting greenhouse gas production and minimizing the impacts of manmade climate change on the ozone layer, climate change will continue to threaten the global ecosystem. Our health and the health of our planet Earth depend on us making these changes.

What happens if we do not address the effects of global warming?

Back in the day, scientists had predicted that global climate change would lead to the melting of glaciers, a rise in sea levels, and more intense heat waves. Sadly, those predictions are now becoming reality. While some colder regions may have actually benefited from the increase in temperature, most of the world will not be as lucky.

Without action against climate change, our way of life on this planet may be threatened in the next few centuries. Many places we call home could be underwater in just a few centuries, if the rise in sea level predictions is correct.

What can I do to help with global warming?

NASA predicts that as a result of climate change, every aspect of our lives, from growing crops to the roads we drive on, to the water we drink, will be negatively affected. The potential effects of climate change are far too dangerous to ignore. While we need policies in place for industries to do their own part, every little bit will help.

As a citizen of this planet, you can take simple efforts to reduce your own personal impact on the environment. Take energy efficiency measures in your home. If you can’t afford a hybrid or electric car, follow your car’s regular maintenance schedule and try to plan efficient routes for your errands so that you are driving less. Recycle whenever possible. And, of course, going solar will also help!