Everything You Need to Know About Solar: How To Get Started 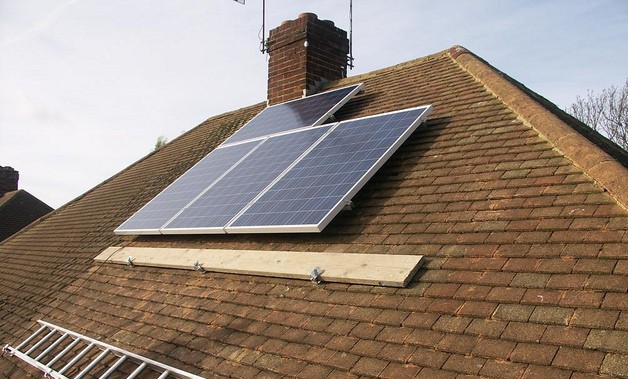 The future of solar is here now. 76 percent of Americans want solar. And due in part to the federal tax credit (which is set to expire at the end of 2016), they’re getting their wish.

Solar panels are cropping up all over. With increased production in photovoltaic solar panels and new financing that makes it easier than ever to install solar, there’s never been a better time to install your own rooftop panels. Here everything you need to know about solar right now, and how to get started:

Going solar is not the same as going off the grid. Your panels are connected to your electric company through a meter they install. As your panels produce excess energy, it goes back into the grid, and you’re credited that amount. This allows you save tons on your electric bill.

Every state has enough sun for solar power. Don’t think of solar just for Californians. It’s not about the cloudy weather or snowfall in your area that affects whether solar is a good idea. In fact, New York is one of the most solar friendly states! What makes solar work is whether your electricity bills are high and if your state and/or utility company offers financial incentives. Comparison shop for solar based on address and local electric rates to see how much you could save.

After the federal tax credit, a solar power system tends to run around $10,000 to $30,000. This depends a lot on how big of a system you need. While it might seem like a huge investment right now, it will definitely pay off. That’s because you’ll be saving an average of $100 to $200 on your electric bill, which means in about five to 10 years, you’ll recoup your investment. Consider how long you’ll be living in your home and how much energy you use.

Solar leases require little or no money upfront. If you don’t have the cash to plunk down for panels you can buy outright, there’s always leasing. You pay the solar company a monthly fee or a preset price for the ability to generate power from the panels. You won’t be able to claim tax breaks, however, but you’ll still save 10 to 20 percent on your electric bill (an average of $10 to $40 a month). Beware if you’re thinking of moving, though, since not all homebuyers will want to take over the solar lease once you leave.

Fix up the roof before you install. Since your panels are likely going on your roof, make sure there’s no cracks or damage you need to fix up. Do that first, so you don’t end up paying even more if a panel hurts the roof further!

Think beyond panels. There’s all kinds of home solar systems that are being developed, from solar powered homes to plug-in solar panels that let you harness the power of the sun without having to involve other installers — like the IKEA of solar power.

Overall, the best thing to do before rushing out to get panels of your own is to do your due diligence. Research as much as you can about rooftop solar and how you can save. The obvious environmental benefits are wonderful, but as a homeowner, you may find that there are other ways you can go solar without installing panels.

Do you have rooftop panels on your home? What about some other kind of solar system? Share your thoughts in the comments!

Image Credit: Pujanak via Wikimedia under a Creative Commons license