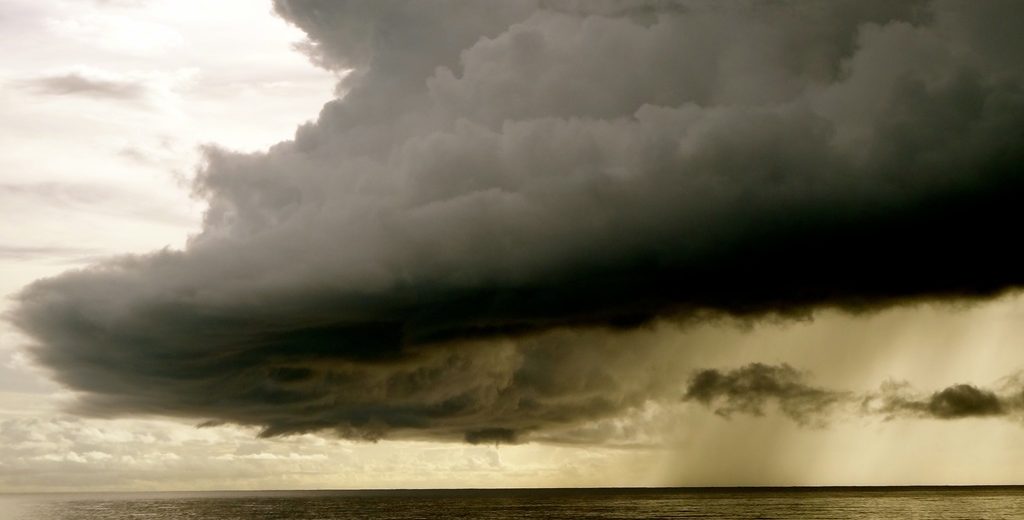 To make sure homeowners, homes, and solar systems are safe, the solar industry has set standards for how to calculate the effects of extreme weather (wind, snow, ice and earthquakes) has on solar panels, as well as minimum strength requirements.

Using what’s known in the industry as “load calculations”, which are basically math equations that take into regional weather and spits out a number the home’s structure must be able to withstand, solar companies assess each home they work with to make sure the house’s roof structure can withstand the weight of the solar panels, high winds, and a heavy snow.

When solar companies then submit their design plans for each solar system to the local building departments, these cities and counties will require certain calculations to be included in the design plans based on the typical weather in the region.

With these standards in place, you can rest assured that if a solar company has approved your home for solar, your home is up to the task!

Let’s look briefly at each one of these standards and see what goes into making sure the solar system is safe up on your roof!

Extreme Weather Load Calculations: Where do these standards come from?

Before we delve into how the solar industry uses these standards, let’s quickly discuss where they come from. The American Society of Civil Engineers (ASCE) publishes load calculation methodology for a variety of building components, including wind loads, snow loads, and live and dead weight (more on the last two in the next section).

Building codes in the United States, as prescribed in the International Building Code (IBC), takes these calculations and prescribe codes that solar installations must follow to be “code compliant”. For more information on solar-related building codes, see the excellent, but technical white paper Determining Wind and Snow Loads for Solar Panels (PDF download) published in 2013 by leading solar manufacturer SolarWorld.

As an aside, the National Electrical Code is a compendium of standards for the electrical side – including proper wiring and grounding of residential solar systems. These standards, while extremely important and crucial to safe solar systems, are outside the scope of this article since we are focusing on load calculations.

Before installing a solar system on a home, solar companies will send an employee to the house for a site visit. During this time, they’ll get up on the roof, take measurements of the roof, and look for any signs of wear or damage.

If possible, they’ll also enter the attic and take note of the dimensions of the trusses, wood type, and distance between trusses, as well as any anything abnormal like water damage, unusual materials, etc. The dimensions and wood type of the trusses is important, as the entire solar system is bolted to the trusses with long screws known as “lag bolts”. Using all the information they collect, the solar designer will then perform the necessary load calculations (as laid out in the IBC) for dead and live load, wind load, and snow load.

The dimensions and wood type of the trusses is important, as the entire solar system is bolted to the trusses with long screws known as “lag bolts”. Using all the information they collect, the solar designer will then perform the necessary load calculations (as laid out in the IBC) for dead and live load, wind load, and snow load.

Live and Dead Roof Load – Not as Macabre as It Sounds

Before we discuss wind and snow loads, let’s look at the load that the roof must constantly hold, day and night, rain or shine. This load, known as dead load, is the weight of all the equipment – solar panels, wiring, mounting hardware – that is installed on the roof. As an example, a typical solar installation might have 20 solar panels, 120 feet of aluminum railing, 40 L-feet and lag bolts to connect the railing to the roof’s trusses, as well as hundreds of feet of wiring. Quite a lot of equipment!

This seems like a large amount of weight and while it certainly can’t and isn’t ignored during the design process, because this weight is spread over the entire large roof structure, it poses no real additional stress on the building components.

Live load is the weight of everything, and everyone, during installation, maintenance, and any other time people are on the roof working. Most notably, this includes the weight of the solar installers (usually around 3 or 4 people at a time), as well as any tools and safety equipment. Live loads typically are fairly small, usually around about 3 psf.

Wind is the greatest force a solar system will ever see. A variety of factors can affect wind forces on a solar system including wind speed, air density, orientation and angle of the solar panels in regards to wind direction, elevation off the ground, and nearby geography and buildings.

To assist in accurately and safely calculating whether a home’s roof structure can withstand its region’s wind forces, ASCE publishes maps of typical wind speeds throughout the United States, equations for calculating wind loads, and load guidelines for solar systems.

Because of the high stress that winds place on solar mounting systems, load calculations take into account wind speed, the depth of the lag bolt into the roof trusses, and the type of wood used for trusses. Certain woods have more “grip” on the bolt than others, so if the wood is softer, bolts need to go further into the trusses.

The depth of the bolt is quite important, as a bolt that is only ½ an inch deep will be easier to dislodge than a bolt that is 3” deep. To address this concern, solar hardware manufacturers simply produce lag bolts that are long enough for the vast majority of installations, usually around 4.5” like IronRidge’s FlashFoot mounting system.

This bolt system works great if your trusses are installed in the usual manner, with the wide side of the trusses pointing sideways and the roof laying on the narrow section, which helps the wood to avoid sagging. This is great for installing a solar system, as it allows the long lag bolts mentioned above to be fully encased within the wood truss, providing maximum strength.

But what if your trusses are different? What if they are placed on their sides?

Occasionally, houses do have the trusses placed on their side, with the wider side facing up. If installers simply used a typical 4.5” lag bolt on these trusses, the end of the bolt would stick out the other side and you could see it from inside the attic.

If left like this, the first strong wind that came along would probably rip the solar system right off the house. In situations like this, there is a special system that is used. Instead of long lag bolts, installers use 4 shorter bolts. By using this altered system, homeowners with atypical roof structures can safely and securely install solar on their homes.

What About a Heavy Snow?

Going back to our previous example of a 20-panel solar system, if our roof was a flat roof (not angled like most homes) and we just had a heavy snow equal to 2 psf, the additional snow load would equal 700 pounds! Quite a bit of extra weight, but nothing a typical roof structure can’t handle. 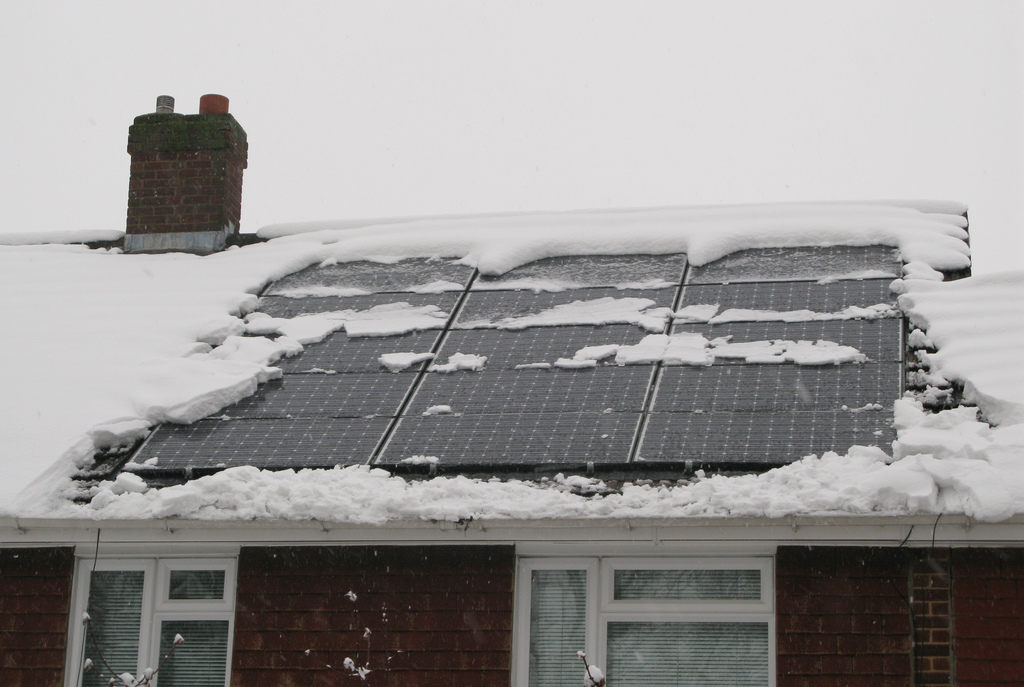 Keep in mind that the snow load in our example above is higher than for typical houses since most roofs are angled, not flat. As the angle of the roof increases, the weight of snow on the roof decreases. This is because the increased angle places less force directly downward onto the roof, wind helps to remove snow, and snow more easily slides off because of the slippery glass surface of solar panels. Homes built in snow-prone areas often have very steeply angled roofs for this very reason, as it encourages less stress on the home’s structure.

The Result is a Safe and Sound Solar System

So why have we gone into all these details? Why does it matter to you, the homeowner? First off, a knowledgeable homeowner is a safe homeowner. If you know even a smattering of the stresses and loads your roof structure must withstand, you can speak knowledgeably with your solar company and understand the process your home is going through.

You’ll also know that with all of these load calculations performed- the calculations for dead and live weight, wind loads, and snow loads – you can rest assured that, if your home is approved for solar, your home has been inspected, the designer has performed the necessary calculations, and they have determined that your home is up to the task to hold your solar system safely and securely. So put all doubts out of your head – you are good to go!