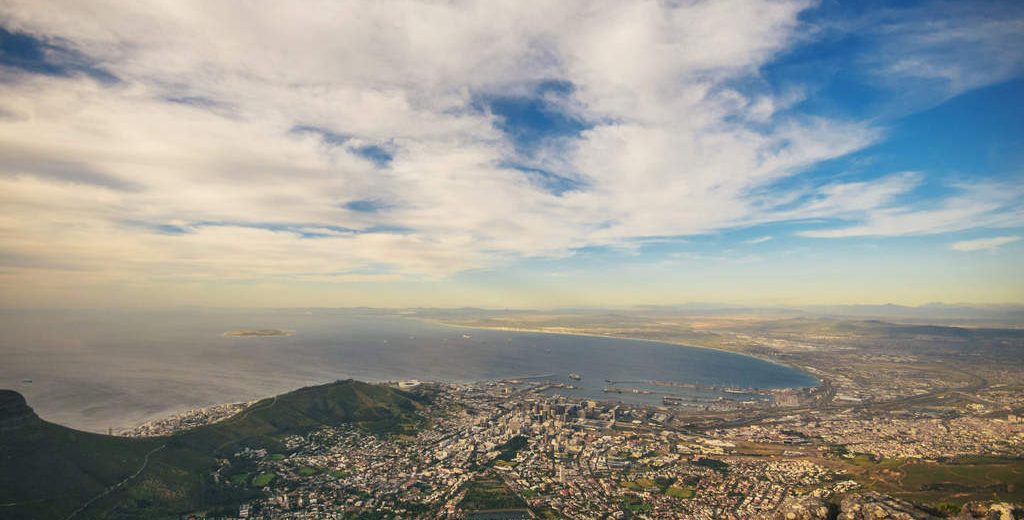 If you live in a developed country, installing solar panels on your rooftop involves selecting a solar power company from a growing list of providers and setting up an appointment.

But this is far from the case for third-world countries.

Even if you’re only researching the theoretical principles of solar energy, it’s hard not to come across an ad shouting Solar Panels for Sale! when scouring the Internet, along with statistics and facts on how much solar energy can save you in the long run.

For instance, pulling up directories that list solar companies in each U.S. state is as easy as saying 1-2-3. Americans are offered tax reduction incentives, on top of getting closer to their goal of saving money and slashing their electricity bills.

To boot, even the environmentally conscious individual can feel good about purchasing and installing solar panels, knowing he is contributing, even minimally, to the reduction of carbon dioxide emission into the atmosphere.

While governments of third-world countries and charities are trying to bring solar energy into communities, they are driven by a drastically different incentive: about a quarter of the world’s population, many in Africa, are off the grid and have no access to electricity.

This massive 1.5 billion of people rely on wood or charcoal for their everyday needs – heat sources that come with an onset of serious health problems. In fact, more than 90% of people in 11 countries in Africa have no access to electricity. 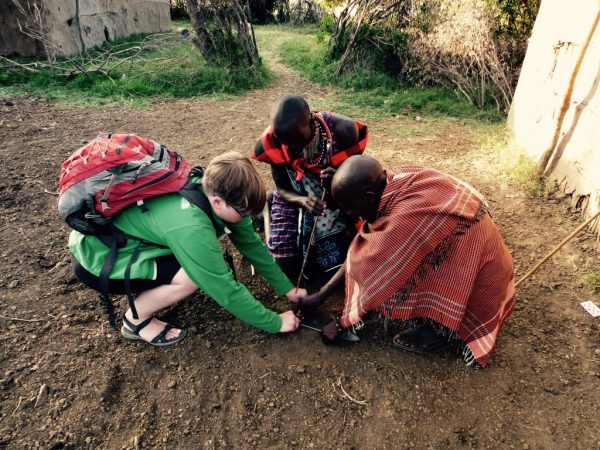 Residents of a Masai Mara village show tourists how they generate fire with a spindle, photo courtesy of author.

While the energy consumption habits of developed nations and the dangers of global warming are discussed at international climate talks, a quarter of the world is left in the dark – literally and figuratively.

United Nations Development Program director of development planning, Olav Kjørven, refers to the reality of these 1.5 billions of people as too basic to engage in debates over clean energy. In other words, good luck trying to find solar panels for sale in poverty-stricken areas, on top on running across gas, oil or any source of electricity – a fact that denies poorer countries access to clean water, health care services, education and economic development.

The major problem, as one would expect, is a lack of resources; however, in some cases, solar energy is slowly emerging as a hire-purchase option for residents of a few areas. More recently on the solar power radar are African countries Mali and Zimbabwe.

Financial institutions in the capital of Mali, the third largest country in West Africa and one of the poorest countries in the world, are beginning to offer residents credit to purchase solar energy equipment.

Like many African countries, Mali experiences power cuts on a chronic basis, due to the fact that Énergie du Mali (EDM), the national energy company, doesn’t have the means to keep up with the country’s electricity needs. Many power cuts occur between the months of March to May, a period when sunlight is at its peak.

Included in the new solar energy kit are solar panels, batteries, and lights, all of which can total up to $1,000. According to United Nations data, the population of Mali lives on less than $1.25 a day. This means the majority of the population could never afford to purchase a solar energy kit without credit, discouraging Malians from foregoing their traditional fuel sources and adopting advanced technology in their every day lives.

The agency’s director-general, Souleymane Berthé, comments that this would not only help the international problem of global warming but that this is a step towards solving the problem of access to electricity in Mali. He adds that there is no need to wait for the billions of dollars promised at Paris’ U.N. Climate Change Conference of 2015 to give Malians the “luxury” of electricity in their homes.

In June, the government of Mali signed contracts with 10 local banks in just one day, giving them the opportunity to sell solar power systems (approved by the Agency of Renewable Energy) to residents interested in taking out a loan. This high number of participating financial institutions makes the administrative secretary of the Mali bankers’ association, Gaoussou Mariko, optimistic about the success of the project.

A quarter of the world’s population still lacks access to electricity to fulfill basic needs. Photo courtesy of author.

Many Malians find the idea appealing, as over 100 kits have so far been sold since the program launched. Based on a schedule determined by the lending bank, each customer ends up paying around $848 – or 500,000 Central African francs (CFA) for their solar power kits.

Just about half of Mali’s power is based on the use of fossil fuels, whose costs can quickly rise due to the volatility of prices on international markets, while the other half comes from sources of renewable energy.

In an effort to reduce its dependence on fossil fuels, Énergie du Mali has made considerable efforts to increase the capacity of solar power across the country.

Since 2011, 5 hybrid solar power plants in rural areas of Mali have been established; government advisor Mr. Fassine Fofana, Chief Executive Officer of Africa Geothermal Limited, also reports that Mali is in the process of constructing 2 large-scale solar plants that will feed into the national grid – including Ségou, which is on its way to being the site of West Africa’s first industrial-scale solar power plant.

To build the $58-million plant, the Malian government has partnered with Scatec Solar, a Norwegian renewable energy company. Primarily financed by the World Bank, the Ségou plant will reduce Énergie du Mali’s carbon dioxide gas emissions by 46,000 ton every year. Most importantly, the Ségou plant will produce enough electricity each year to power 60,000 typical family homes – about 5% of Mali’s power needs.

Following Mali’s footsteps is Zimbabwe, a Southern African nation that is also showing innovation in offering affordable clean energy to its population.

Zimbabwe’s electricity production only meets 60% of its needs when demand is at its highest and often needs to import power at high costs, especially since frequent droughts sometimes render hydropower facilities inoperable. As a consequence, about 1.5 million households in Zimbabwe currently lack electricity.

While the Zimbabwe Electricity Transmission and Distribution Company is currently taking measures to limit the acquisition of electricity from outside sources, sustainable energy experts believe that solar panels unconnected to Zimbabwe’s national power grid are the most convenient and least expensive way to provide electricity to those in need.

Residents of rural areas of Zimbabwe earn about $20 to $100 a month according to Ruzivo Trust, a non-governmental organization that aims to improve rural energy access. This low-income makes it impossible to connect to electrical grids, which can cost thousands of dollars. Families continue to seek cheaper alternatives – including firewood, charcoal, and polluting fuels – and spend about $26 per month to fulfill their electrical needs.

According to experts, a lack of innovative business models, such as rent-to-buy or pay-as-you-go solar systems, is responsible for depriving communities access to affordable renewable energy.

Take for instance Jonathan Njerere, an energy engineer at OXFAM Zimbabwe, a subset of OXFAM – an international organization dedicated to ending poverty and injustice across the globe. Jonathan Njerere helped set up a community-owned and self-financing solar energy scheme in Gutu district.

The community obtained solar equipment for farming irrigation from OXFAM, which assisted local farmers water their crops in the district.

As part of the project, OXFAM also sold a batch of solar lanterns to community members of Gutu district. An established savings and lending infrastructure assembles all proceeds, which permits other members to join in the project and purchase solar products for their homes and/or businesses. Energy kiosks, currently also used in other parts of Africa, facilitate the purchase of solar panels and related needed equipment with community funds.

The European Union has funded the program with $2.22 million, which has tremendously helped small businesses acquire hire-purchase solar panels.

Hopefully, both Mali and Zimbabwe are setting a good example for other third-world nations to embrace solar energy and improve their overall quality of life, education and health while boosting their local economies.

While the words solar panels for sale still remain prominent in the U.S., we can only hope that the phrase “hire-purchase solar panels available here” will continue to grow and light up the planet’s darker regions.