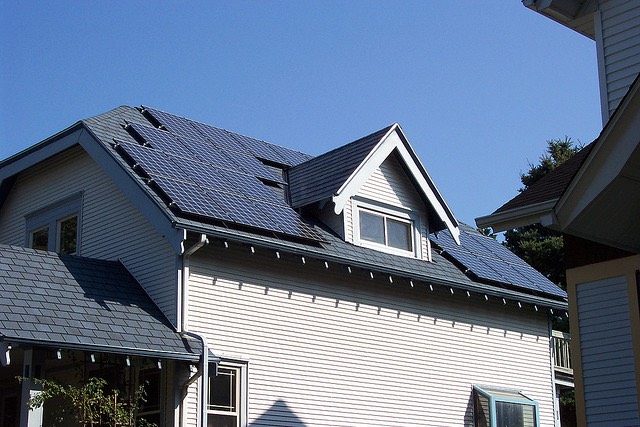 It’s so easy to stay with your utility, but smarter to go solar: in one southern state you can do both.

Till rooftop solar appeared on the scene, renting power from an electric company was the default option. You just had the power turned on when you moved in. You didn’t have to get a PhD in understanding the economics of whatever power they used. You just rented it. You didn’t have to undergo a credit check to see if you’d pay the monthly bill. They just cut you off if you didn’t pay. Tough, but simple. An easiest path decision.

By contrast, going solar means making a decision; putting a power plant on your roof; understanding its economics – AND having to have a credit check to ensure you can pay for it, in a lease or a PPA or a loan from the bank. No wonder “customer acquisition” is so laborious for solar companies, even when the environmental and economic benefits stack up heavily on the side of solar.

Georgia Power has just made it possible to stay with your utility AND go solar.

The state’s brand new Solar Power Free-Market Financing Act of 2015 for the first time opens up the southern coal-fired state up to the $0 down solar plans available in other states. But this legislation goes further, allowing the powerful utility itself to muscle in on the new solar market too.

Under the new bill, Georgia Power will, for a fee, provide a platform to enable residential solar transactions through an interactive website, in-person meetings, and marketing for all certified solar companies.

Georgia Power also plans to start its own rooftop solar subsidiary and compete for customers (that it already owns, haha) with solar firms in Georgia. In theory, solar companies would be able to compete with the utility. Georgia Power CEO Tom Fanning put it best:

But even the solar companies are hoping for the best.

“Customer acquisition is such a big piece of cost right now for solar installers. I think utilities can play a significant role in driving that cost down,” Julia Hamm, president and CEO of Solar Electric Power Association told GreenTechMedia.

Well, yes and no. Details are scant.

Yes, Georgia Power would be competing head on with solar companies – but for customers who are already spent years in the Georgia Power billing department. My bet is, with the ease of transition, with the monthly billing already in place, with the utility’s authority to turn off the power if customers don’t pay, this is going to be like shooting fish in a barrel for Georgia Power.

But whether the utility wins those customers to go solar, or the solar companies do, it’s a win win for climate.