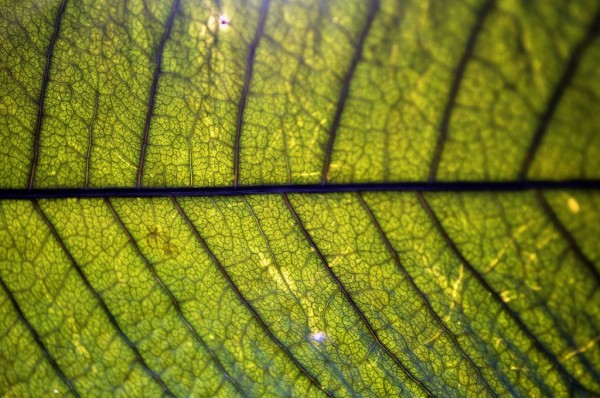 Researchers at Concordia University have developed a tiny power plant that fits on the tip of a finger and runs off the rays of the sun.

The efficient and innovative Micro Photosynthetic Power Cell was developed by a team at Concordia University in Montreal, Canada. The tiny fuel cell can work day and night to make electricity, and requires no fuel at all – only the sun. Tiny volumes of algae and cyanobacteria use that sunlight and create energy that can be collected.

Fuel cells have existed since the mid-1800s and are currently used in everything from hybrid vehicles to NASA satellites and landers. They convert oxygen and fuel into energy via chemical reactions that send charged particles across a membrane and produce an electrical charge. All of the fuel cells currently and commonly used need fuel to burn. Not so when you’re working with plants.

Photosynthetic organisms like plants and algae use the high-energy photons in sunlight as their fuel source, so there’s no need to keep adding fuel to the reaction. Recruiting them as power generators in a fuel cell keeps the energy-production process completely green. By using a solution of live photosynthetic bacteria and near-microscopic algae, Mehdi Shahparnia and the team at Concordia University have created living, efficient power plants on a tiny scale.

Their Micro Photosynthetic Power Cell (μPSC) measures 25 millimeters to a side and consists of two internal chambers separated by a sulfonated polymer proton exchange membrane (PEM). On one side of the membrane is a liquid medium containing the photosynthetic organisms, and on the other is a ferro-cyanide solution to complete the chemical reaction. The top and bottom of the cell are made of thin glass, allowing sunlight to be transmitted efficiently through to the organisms inside. Tiny precision pipette tips were attached to the two chambers to allow for the clean exchange of fluids while the research team explored the effect of changing concentrations of algae. If these μPSC were to be developed and marketed as a real-world energy source, they would be self-contained, with no ports or valves required.

The resiliency and longevity of the algae-powered cells compared to their usual photovoltaic counterparts remains to be seen, but they do have a significant advantage: unlike traditional technologies, photosynthetic cells still produce power in the dark.

While the μPSC is under bright sunlight, the algae inside use the light to generate energy via photosynthesis, using carbon dioxide and producing oxygen. When night falls and the chambers are dark, the organisms inside revert to their respiration phase, where they reverse input and output, taking in oxygen and emitting carbon dioxide. Both phases produce power: in the paper presented to the journal Technology, the research team showed that even in alternating 10-minute cycles of light and darkness, the voltage output of the μPSC showed no significant variation. In fact, they postulate that the cycles of darkness allow for the organisms to recharge their chemical stores, which prolongs their life span and improves their photosynthetic efficiency.