How Much Energy Does the Sun Produce? 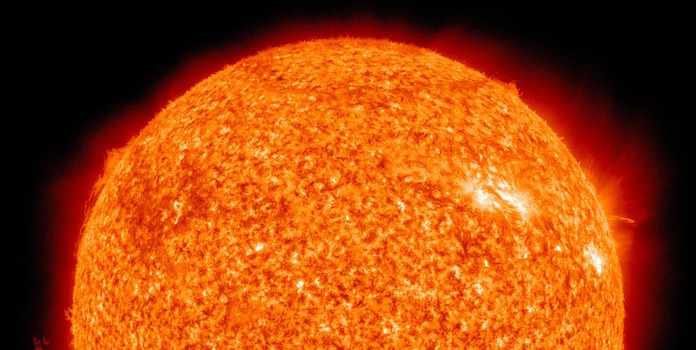 To answer the question “How much energy does the sun produce?” we turn to scientists for an answer.

If we want to move away from fossil fuels and to more earth-friendly and renewable sources of energy, we must be sure that any alternatives will provide us with enough energy to meet our needs. But how much energy does the sun produce? And is it enough?

What Are the Numbers?

Instead of continuing to rely on fossil fuels, it is time to turn to the sun, which provides an astronomical amount of energy (no pun intended).

But, how much energy does the sun produce? According to Dr. Louis Barbier, a comic ray astrophysicist with NASA, the sun creates “roughly 5 x 1023 horsepower, or what can be called 3.8 x 1033 ergs per second.”

What does that mean? Barbier answered that question, too: “It is enough energy to melt a bridge of ice 2 miles wide, 1 mile thick, and extending the entire way from the Earth to the Sun, in one second.”

An “erg” is used to define a rather small energy amount, equal to only 10-7 joules. To give it some context, a mosquito requires about one erg to begin flying. A joule measures the amount of work done by the force of one newton moving a distance of one meter in the direction that force is applied. A liter of gasoline has 31,536,000 joules of energy. We usually convert that into a much more user-friendly number and say that the liter of gasoline has 8.76 kWh of energy instead.

What Does All This Mean?

If ergs and joules are not a regular part of your vocabulary, then horsepower might be easier to understand. Historically, this term was used to describe how many horses (yes, actual horses) were required to get work done. The term was eventually given a numerical value, but the idea of horses doing work is much easier for people to visualize. We usually see this term when shopping for cars. A 2017 Chevy Corvette can get up to 650 horsepower. The sun has about 5 x 1023 horsepower – which is 5 with 23 zeroes after it. This translates to about 8 x 1020 Corvettes running at full power per second. For comparison purposes, one billion only has nine zeroes.

Keep in mind that the sun is almost 93 million miles from the Earth. This means that not all of that energy makes it here. But, the amount that does arrive on Earth is more than we use. In fact, according to Dr. Eberhard Möbius, a Physics professor, “humankind is only using about 1/10,000 of that amount of energy from the sun, for its total energy consumption.” This shows that we, humans, have room to grow in our use of the sun.

How Does the Sun Produce So Much Energy?

The core of the Sun has so much pressure that nuclear fusion occurs. That energy eventually gets to the surface of the sun and shows up as light. The sunlight we see is about 6000 Kelvin or 10340.33° Fahrenheit. A longer explanation of the sun’s nuclear fusion process can be found at the University of California – San Diego’s Calspace Museum.

So How Do We Harness that Energy? 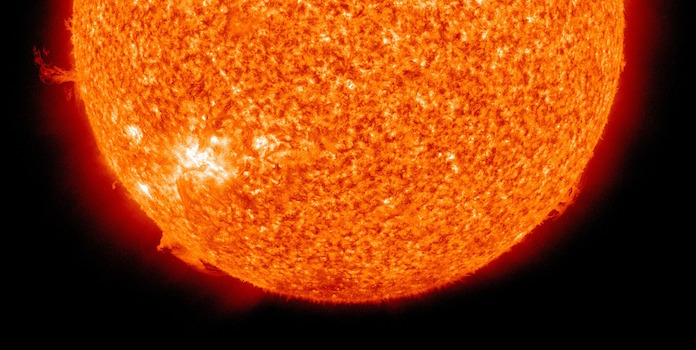 It’s easy, but it requires a change from the norm. According to the US Energy Information Administration, 86% of our energy comes from coal, natural gas, and nuclear power. The other 14% comes from hydropower and renewables–but less than 1% is from the sun.

The easiest way for American families to access renewable energy is by adding solar panels or solar roofs to their homes. The number of panels you’ll need depends on where you live, because places like Miami and Phoenix get more daily sunlight than Detroit and Seattle do. Take a look at our calculator to estimate what your potential solar panels could produce.

How effective could solar be? According to Dr. Mehran Moalem, PhD, UC Berkeley, Professor, putting photovoltaic cells on only 1% of the world’s desert areas would supply “all of the world’s daily electricity use.”

Knowing now how much energy the sun produces, it is easy to see that we are not using this energy to its fullest potential. Instead of continuing to rely on forms of energy that pollute the earth and drain the planet of fossil fuels, it is time to turn to the sun, since it produces more energy in one second than the entire planet needs.

Even though there are numbers that define how much energy the sun produces, the amount is so immense that we cannot fully comprehend it. The easiest way to understand the power of the sun is by turning to it as our major source of energy; by doing this, we can watch our energy bills drop to tiny amounts that we CAN fully comprehend.