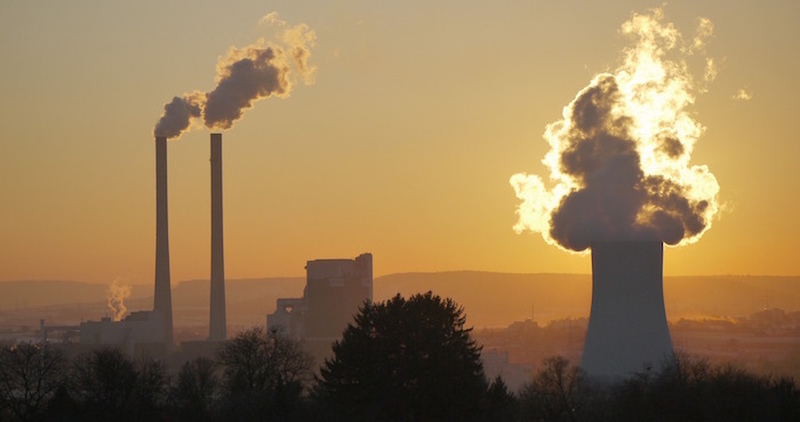 Solar energy has multiple benefits that cannot only save you money but also help the wellbeing of our home planet.

If we asked you to list some of the environmental benefits of solar energy, you might mention preventing climate change and rising sea levels. While global warming is certainly a serious issue, and one which we will definitely explore a bit more, relying on the Sun to provide us with our daily electricity needs has a plethora of other environmental benefits. So without further ado, let’s take a look at our top picks.

1) The Reduction of Air Pollution and Acid Rain 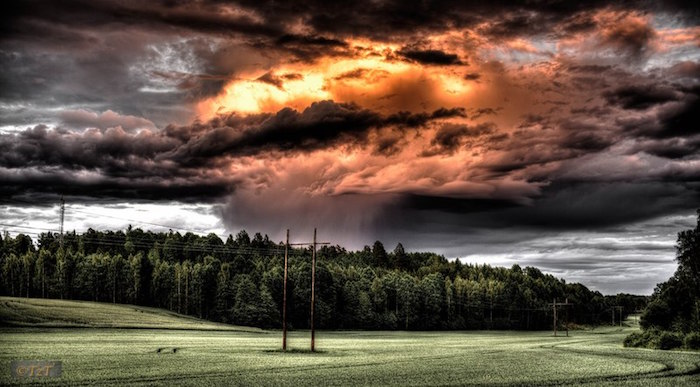 If you think that burning any type of fossil fuel (coal, oil and natural gas) doesn’t do the environment any good, your intuitions are correct. The combustion of fossil fuels releases an abundance of air pollutants, including particulate matter. This increases levels of smog, which contributes to the deterioration of vegetation, landscape and fauna – including human beings. Additionally, incomplete fuel combustion creates carbon monoxide, a known health hazard for humans, animals and the environment.

In fact, more people die from pollution than from murder, suicides, and car accidents combined. This means that even if you thought climate change was a hoax, it would still make sense to do something about pollution.

Unlike its infamous cousin carbon dioxide, carbon monoxide does not directly increase global warming; however it is still somewhat guilty of causing climate change.

Carbon monoxide is like the cockroach of greenhouse gases. It can remain in the atmosphere for up to a month, travels long distances and can even boost the concentrations of carbon dioxide, methane and tropospheric ozone. In fact, all carbon monoxide needs is a lonely hydroxyl radical (OH) to quickly morph into the number one proponent of global warming – also known as carbon dioxide.

Sixty-four percent of sulfur dioxide emissions in the United States were attributed to fossil fuel combustion in 2014, while fossil fuel-powered transportation is the number one contributor to U.S. nitrogen oxides emission – another byproduct of fossil fuel combustion, which also contributes to smog and acid rain. Even if for some strange reason you don’t care much about the environment, rest assured that the emission of nitrogen oxides can be just as detrimental to you as to the ecosystem and can cause chronic respiratory diseases, bronchitis and asthma.

It’s easier to see the detrimental effects of acid rain in aquatic environments; some fish may not tolerate acidic waters, some fish eggs may no longer hatch, or an entire type of aquatic food supply might become poisonous. But this isn’t just a problem for fishermen or for sushi lovers: don’t forget that everything in an ecosystem is connected. Lakes turn into rivers, which turn into streams, which water the forests of our lands– where all of the animals (happily?) live in soil contaminated by aluminum and nitrogen, once again because of acid rain. In the end, we’re left with impaired ecosystems and damaged trees with destroyed top foliage that can’t absorb enough sunlight to stay healthy.

Let’s not forget that coal-fired power plants are the largest source of mercury emissions in the United States. Mercury washes into lakes and rivers, accumulated in fish and infiltrates the food chain for birds and other animals, including human beings.

So how many of these harmful chemical compounds get released into the environment by the use of solar power and other renewable energies? The answer is zero.

2) The Elimination of Acid Mine Drainage from Underground Coal Mining

While we’re on the topic of acidity, another environmental benefit of solar energy is the elimination of acid mine drainage from underground coal mining.

Acid mine drainage results from active and abandoned coal mines that fail to be managed adequately. Surface water flowing through these mines interacts with rocks that contain sulfur minerals, creating sulfuric acid. Heavy metals are added to the mix when acid water comes into contact with rocks rich in these heavy metals – a process boosted by the presence of bacteria. In the end, we’re left with toxic fluids that contaminate soil, surface water and groundwater, which directly impact vegetation, animals and humans.

Active or abandoned coal mines can also lead to alkaline mine drainage with the presence of calcite or dolomite, or metal mine drainage when high levels of metals are involved, particularly lead.

3) The Preservation of Landscape, Forests and Biological Diversity 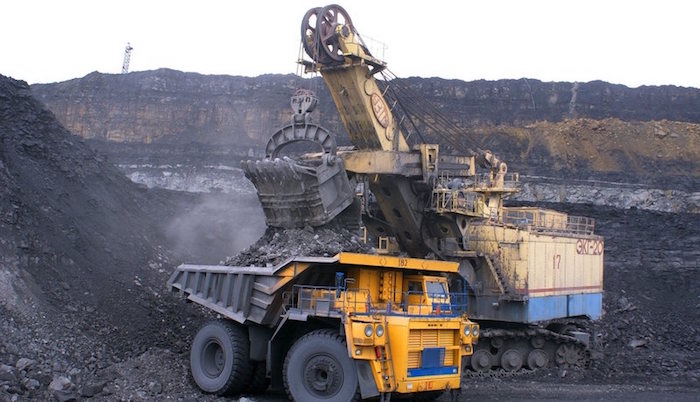 The above can’t be said for “strip mining”: a chunk of ground is literally stripped of vegetation to gain access to underground coal. We’re left with a deserted patch of terrain that was once rich with flora and fauna. Don’t forget it’s not just the animals that need a habitat, but humans also depend on forests to survive. Through the process of photosynthesis, plants take in carbon dioxide and release oxygen, which we all need to breathe to live. In fact, geological studies have shown that oxygen levels in the atmosphere have declined by over a third since prehistoric times (30 to 35 percent, compared to only 21 percent today). This makes sense since the Earth’s forest has just about been halved in the last 10,000 years.

Strip mining is also performed through mountain top removal – which is literally removing the top of a mountain or “overburden”, as it’s called. Land is bulldozed and dynamited to expose rock and coal. This “overburden” is either deposited in valleys near-by using massive equipment that run on diesel, or, more rarely, stuck back on top of the mountain after the operation is complete – like a physician slapping a Band-Aid on a patient after performing brain surgery.

For instance, the Appalachian region, contains “one of the most diverse assemblages of plants and animals found in the world’s temperate deciduous forests” according to the World Wildlife Fund, and has already lost over 500 mountains (which is equivalent to roughly 1.2 millions acres) because of mountain top removal.

When the overburden is dumped in valleys, it forms what is known as “valley fills”, which contaminate the headwaters of streams and rivers with toxics and heavy metals. In 2009, a study showed that nearly 2,000 streams had been damaged or destroyed due to valley fills. Downstream water carries selenium, sulfate and arsenic with augmented electrical conductivity – a direct measure of heavy metal concentration.

According to the Environmental Protection Agency, mountain top removal leads to:

As to use the words of U.S. District Judge Charles H. Haden II, in response to the permissible dumping of mountain top removal waste in streams (refer to section 404 of the Clean Water Act):

“If there is any life form that cannot acclimate to life deep in a rubble pile, it is eliminated. No effect on related environmental values is more adverse than obliteration. Under a valley fill, the water quantity of the stream becomes zero. Because there is no stream, there is no water quality.”

Let’s not forget that the Surface Mining and Reclamation Act of 1977 does not require the reforestation of lands after mining operations; a destroyed ecosystem gets no help from its exterminator when attempting to restore its previously lush terrain. This leads to a loss of wildlife habitat and in consequence, several animal species can become impacted – such as the Cerulean Warbler, whose population has decreased by almost 70 percent since 1966 due to loss of habitat.

Fish populations located downstream of mountaintop removal mining operations are also greatly affected. A study conducted by researchers at the U.S. Geological Survey shows a 50 percent reduction in fish diversity and a two-thirds decline in the total number of fish in streams below mountain top removal mines in the Guyandotte River of West Virginia. High levels of conductivity and selenium present in the water is also causing monstrous deformities in fish, ranging from two-headed larvae to adult trout with both eyes located on one side of their heads.

Mountain top removal and deforestation also entail the desecration of a vegetative system that naturally captures carbon dioxide, which by now, we should all know leads to global warming. According to a 2012 study published in Environmental Research Letters, the growing deforestation in southern Appalachia could become a net carbon source – instead of a net carbon sink – between the years 2025 and 2033.

4) The Minimization of Global Warming and Rising Sea Levels

Last but not least (and probably the first environmental benefit of solar energy that popped in your head): the reduction of greenhouse gases, subsequent climate change and rising sea levels.

The combustion of fossil fuels releases an abundance of greenhouse gases, including water vapor, nitrous oxide, methane and carbon dioxide. These create an atmospheric greenhouse effect that leads to global warming, a universal problem with potentially irreversible consequences on the planet and its wildlife. Combustion does not take place in solar-powered systems, which make them ideal for fighting climate change and rising sea levels, all the while reducing the occurrence of hurricanes, coastal flooding, droughts, tornadoes and heat waves that are believed to be directly related to global warming.

In contrast, a special report of the Intergovernmental Panel on Climate Change, published by Cambridge University Press, indicates that clean energy technologies such as wind and solar contribute to less than one percent of the energy related to global warming.

Let’s not forget that the full impact of climate change due to fossil fuels includes transportation, which constitutes just about a third of global warming emissions in the U.S, as well as methane emissions that arise from drilling wells and pipeline transportation.

Methane is the main constituent of natural gas and contrary to popular belief, can be even more dangerous than carbon dioxide. Studies in 2013 have shown that methane is much more efficacious at trapping heat, specifically 86 times and 34 times more effective over a 20-year period and a 100-year period, respectively.

During oil drilling procedures, methane is often released (or “vented”), which contributes to global warming, or burned (“flared”), a procedure that converts methane to carbon dioxide, adding to the high concentration levels of greenhouse gases in the atmosphere. According to Global Gas Flaring Reduction Partnership (GGFR): Improving Energy Efficiency & Mitigating Impact on Climate Change, a report published in 2011, 5.3 trillion cubic feet of natural gas is flared annually around the world, generating approximately 400 million tons of additional carbon dioxide emissions.

An increase of global warming corresponds to rising global sea levels. Data show that the global seal level in 2014 was 2.6 inches above the 1993 average, making it to date the highest average recorded. Oceans absorb more than 90 percent of atmospheric heat related to human activity, a number that has doubled since 1997. This leads to a rise in water temperature and thermal expansion. Thermal expansion, paired with the melting of polar caps, glaciers and ice sheets, are the two main causes of rising sea levels, which continue to surge at around one eighth of an inch annually. As a result of rising sea levels, storm surges cause more destruction as they push further inland and cause nuisance flooding, destroying human and animal habit.

5) All of the Other Environmental Benefits of Solar Energy

If our top four picks of environmental benefits of solar energy haven’t convinced you that solar power is the way to go, feel free to factor in a few other things. The Sun produces unlimited energy, which isn’t the case for oil, natural gas and coil; solar energy doesn’t produce nuclear waste, another alternative to fossil fuel combustion; solar PV cells eliminate the need for batteries, which cause environmental disposal problems; and solar energy reduces the need for fossil fuel plants, whose constructions always have the potential to put the environment at peril.