Should you ask your solar installer for one over the other?

The difference between the two lies in the manufacture and makeup of their underlying material: silicon. Let’s take a look to see what all this means and ultimately help you decide which type to install.

As we’ve moved into the modern solar era, we’ve seen a reverse of this trend. Polycrystalline has caught up with mono panels in efficiency and now is the dominant choice for most residential solar installations.

The manufacturing process is different 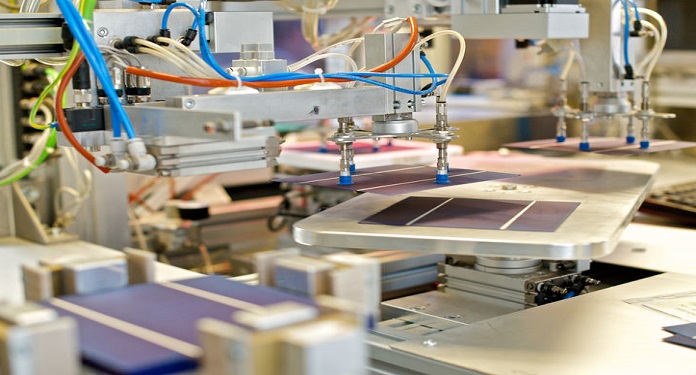 Silicon is the most basic component of the solar panel. It’s the photo-sensitive element that turns sunlight into electricity. Without it, our solar panels would simply be rectangular glass patio tables. The solar cells of both monocrystalline and polycrystalline cells are made from silicon, but are made differently.

However, because polycrystalline cells are easier and cheaper to make, labs and solar companies continually test and tweak poly cells to make them better and better. Because of this research and development over the last 10 years, poly cells continue to see greater and greater efficiencies, to the point where many are on par with monocrystalline efficiencies. 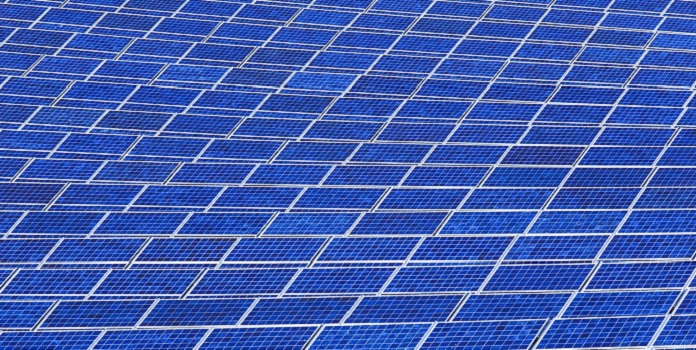 Because monocrystalline solar cells are made from purer-grade silicon, they lay claim to the most efficient solar panels on the planet, at 24.1% efficiency!

Let’s break down the table above. All the solar panels above have the same number of solar cells and the same physical dimensions. Look closely and you’ll see that polycrystalline panels make up the lower end of the wattage/efficiency spectrum – no surprise as it’s in-line with what we previously learned about the manufacturing process.

However, once we get into the range of 270/275 watts, efficiency of the poly panels are about the same as the monocrystalline panels – around 16.5% to 16.9%. But as you climb the wattage/efficiency scale, poly panels are left behind and mono panels break above 17% efficiency. You can see that Yingli’s most efficient mono panel is just 0.1% shy of a full 18% efficiency.

But when you actually do the math, that 1.7% more actually produces over 10% more energy! Consider this:

But really, cost is only part of the equation. Higher efficiency is great, but typically more expensive. You need to consider whether your situation warrants a higher-priced panel. 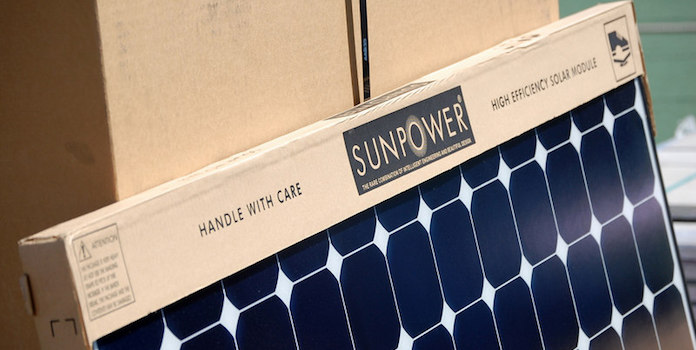 Because the process to create monocrystalline panels is more time-intensive, they naturally are more expensive than their poly counterparts. And as a more ‘premium’ cell, they lend themselves well to premium panels – panels that aren’t just more efficient, but also carry longer warranties, are more durable, and generally hold a better reputation.

Both SolarWorld and Sunpower, US manufacturers of ultra-high quality solar panels, solely utilize monocrystalline cells in the products – and you’re paying for it. Sunpower’s panels, for example, cost about 65% to 100% more than standard panels. But as mentioned, along with the higher efficiency, you’re getting longer warranties and beefier components (like more durable electrical connections within the panels).

Of course, not just ‘premium’ manufacturers use monocrystalline cells. We found on an online solar retailer, for example, two comparable panels from manufacturer Canadian Solar. One is mono, one is poly, but they cost exactly the same per watt:

As you can see, with both panels you’re getting the exact same efficiency and likely the same warranty, since they’re both manufactured by the same company. So is the monocrystalline panel really any better, simply because the silicon is more ‘pure’?

As polycrystalline technology improves, the difference between the two types is becoming less and less noticeable. 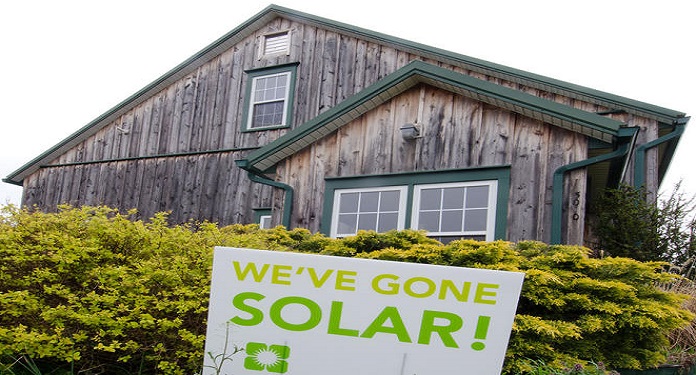 What have we learned from all this? Well, it doesn’t really matter how your solar panels are made!

Unless you’re a scientist that’s just really attached to the Czochralski Process, you’ll be just fine with polycrystalline panels. And while high-efficiency panels are more commonly made from monocrystalline cells, you can certainly find poly panels that are 300+ watts as well.

If you lack roof space and need high-efficiency panels to maximize what you have available, don’t look at the panel type. Instead, look at the efficiency/wattage and cost. You might be surprised to find a poly panel that will perform just as well, possibly at a lower cost!

And to be honest, for most homeowners with ample roof space, cell type and efficiency isn’t even the most important consideration when choosing solar panels. Instead, focus in on cost (measured in $ per watt) as we did above when we compared Canadian Solar’s panels. This is an easy way to compare solar panels of different sizes and efficiencies

Installing solar is a financial investment, so you need to make sure you’re going about it wisely. It doesn’t matter whether you install polycrystalline, monocrystalline, or some type of cell we’ve never heard of – as long as your costs don’t outweigh the benefits, you’ll be on solid ground.

Want to read more on solar panel efficiency and cost? Check out these articles:

Have you looked into solar efficiency and cell types? Prefer one over the other? Tell us in the comments below.