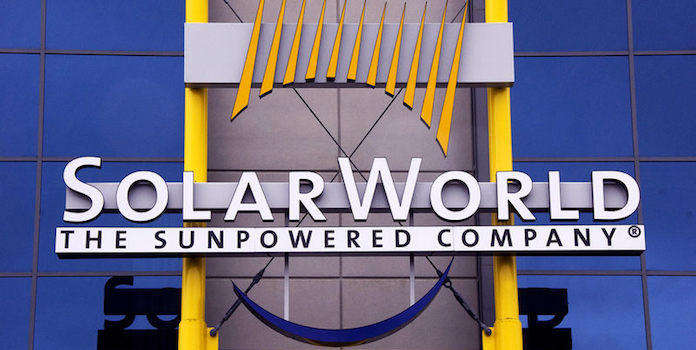 What are existing customers saying about SolarWorld?

We do a lot of reviews on various solar manufacturers, installers, and service companies here because we want to give people who are interested in solar a leg up when it comes to choosing what is best for them. To continue with that mission, here is our far-ranging SolarWorld review.

SolarWorld has been the largest producer of solar panels in the U.S for more than 40 years, and although they have a global presence, they have a clear commitment to being involved with the country's economy. Most of the panels sold here, for instance, are produced on U.S. soil, and they make every effort to purchase supplies and parts from other American companies.

To be clear, SolarWorld only manufactures solar panels - they do not install the panels. Instead, they leave this work to a short list of local authorized and trained installers.​

Hearing the company's selling points is all well and good, but to decide whether or not you want to work with them, you should be considering what actual customers have to say. Luckily, it looks like almost everyone that has dealt with SolarWorld has only good things to say.

SolarWorld enjoys highly positive ratings from the review sources that we looked at, and customers frequently complimented the panels' performance, durability, and warranty as well as the fact that they were made in the U.S.

To get a complete look at how you could expect to rate your own experience with SolarWorld's equipment, we'll take a look at reviews from real customers from a few different places.

Before we get started, we should point out a few things about the solar company market in general. Namely, most companies are rated 2.5 or 3﻿﻿ out of 5 stars on the various review sites. Although this would imply that the installer simply provides average service to its customers, the number is a little misleading because of how averages work. Typically, these companies are rated 1-star about half the time and 5-star the other half.

Just scratching below the surface a little bit shows us that it is hard to find a company with consistently good reviews across the board. This can end up being a little frustrating for potential customers because there is no guarantee of even average service.

Fortunately, SolarWorld does NOT fall into this category!

Achieving a 4.94 rating on SolarReviews (as of September 2017) places SolarWorld near the very top of all installers listed. SolarWorld also has 140 data points to back up their stellar score. Keep in mind, also, that review site SolarReviews focuses solely on solar companies, so users on the site are willing to give more details and longer accounts of their experiences here.

Looking at the breakdown, almost every reviewer said that you would be likely to have a great experience with SolarWorld, based on their own encounter. Only one person out of the entire group provided a negative rating at all!

Let's check out a couple more review sources to see if we can discover a trend for SolarWorld's ratings.

As might be expected, more reviews for a company will make the score more meaningful, as there are more data points to consider. With Facebook, 1270 people provided ratings so far, and the average score is a whopping 4.1 out of 5 stars.

Facebook can be a blessing or a curse for a company because of how easy it is to rate a business and provide feedback. Often, users can do this within a few seconds of searching for the company. Since these reviews are tied to accounts of real people, we also know that they are legitimate!

If we take a look at how the scores break down, we can see that the ratings don't stack so heavily into 5-stars as they did on SolarReviews. Adding the 3, 4, and 5-star ratings together, however, shows that about 90 percent of all users experience at least an average experience while only 10% had a terrible one.

Based on these two sources, it looks like we have a clearly positive trend here for our SolarWorld review. We'll take a look at one more source just to be sure!

Users on Y﻿﻿el﻿﻿p have the benefit of being able to specify where they are located so that you can get a realistic look at what to expect from a company in the local area. In the case of SolarWorld, there are only two reviews, but it is encouraging to see that they are both positive.

Keep in mind that people are much more likely to spend time creating an account on a review site to leave a negative review than they would for a positive one. Nobody has taken the time to do that yet for SolarWorld! 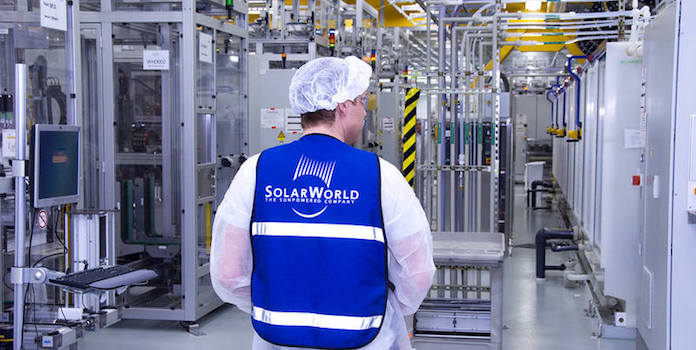 If we consider all of the reviews from SolarReviews, Facebook, and Yelp in totality, we can clearly see that it looks like SolarWorld is a quality company capable of ensuring a positive experience for their customers!

As I mentioned before, it is not common for a company to have such high ratings -- and although there are definitely some negative reviews, they are in the minority. Compared to most other solar installation companies and service providers, SolarWorld looks like a solid option if you are considering going solar in their coverage area!

To get a little more context behind the review rating numbers and explore what customers are actually saying about the company, let's browse through some actual reviews.

Reading through reviews of SolarWorld shows that customers love to compliment the performance of the solar panels.

Here's a recent SolarReviews comment that highlights the performance of their panels:

The Black Mono crystal panels are putting out more power than the data sheet indicated. I originally undersized the system 10% lower than our annual electric demand so as to keep the installed cost reasonable. So far production is 15% greater than our typical demand. I estimate system efficiency at 24%.

Since SolarWorld is a manufacturer, they also get a lot of comments from installers, like this awesome one about build quality on Facebook:

We love installing panels we can trust to run for the 25 years that we guarantee them because we run a total warranty of 25 years. We got to see the factory in August, 2015 and we were extremely impressed by the dedication to quality. At every point of construction the panels were checked to make sure they passed the quality standard that is higher then any other solar manufacturer has. They go through an inspection at ever[y] point and the smallest flaw sends them to the back of the factory to be dismantled. No seconds for Solar World. A trip through their factory is a trip to watch perfection. Before going up there, we thought they would do random checks, no way. Every panel is checked at every point even those that go through robotics welding of over 2000 points are checked. SOLAR WORLD IS PURE QUALITY AND WE ARE PROUD TO INSTALL THE BEST FROM THE COMPANY THAT WAS STARTED BY THE HENRY FORD OF SOLAR!

The two Yelp reviews are positive, and both talk about the quality of the panels and the fact that they can actually say they've been around long enough to see entire 25-year warranties expire, unlike many of the new, mainly foreign, companies:

Easily one of the top 3 Solar Panel manufacturers in the world. Their mega plant has 500 million dollars worth of state of the art automated/robotic manufacturing equipment. Chinese simply can’t compete with Solar World when it comes to quality, and besides a 5 year old Chinese company hasn’t even been around long enough to see their panels last 25 years. Compared to Solar World which has been around since 1975…….

It’s like buying at the 99 cents store (china) vs going to Trader Joes or Costco. Yes 99 cents is way cheaper up front, but it’s crap and could even cost you more in the long run.

It was actually a little difficult to find quality complaints against SolarWorld, which is not a bad problem to have! Complaints about the company seem to mostly stem from employees as well as incidents involving pushy sales people.

Here is a review from Facebook highlighting those issues:

I am all for Solar power. I worked in the industry for 30 years. Out of the four owners in my 30 years, SolarWorld was the worst. The way they treated the employee’s [sic], let me just say BAD and that’s an under statement. I’ve asked multiple times to be taken off your call lists and your people constantly harass me. I’m filing a notice with the BBB.

#5 SolarWorld compared to other solar companies 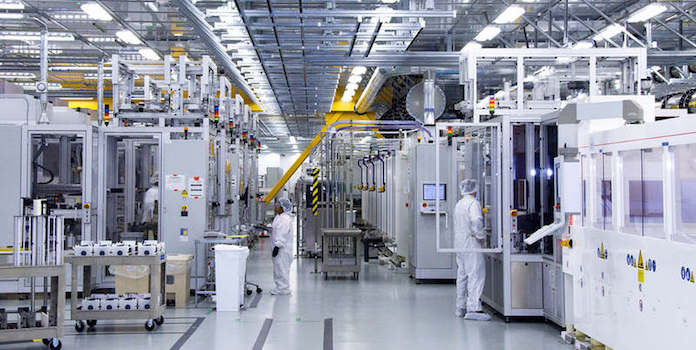 As you can see from our analysis of reviews and comments, SolarWorld obviously has a lot going for it. That doesn't mean, however, that they are the perfect choice for everyone. You might have some even stiffer competition in your area!

Remember that there are a lot of other companies out there, and many of them have gotten great reviews just like SolarWorld. For instance, here's a review from SolarReviews about SolarEdge products' performance:

Hired local firm of good rep. Goal was system whose best production might reach 750kwh/month. In 2016 system surprised maximum 6 out of 12 months. Have 2-3 months each year in which we make more than we use. Our unit is not standalone, so when the power company is down, so is our unit. Did not ask about that before installation. Will need generator or battery backup in case of power outage. We are in Florida.

This comment could have easily been about SolarWorld, and it is always worth looking at all of the competition in your area before making a final decision!

#6 Should you do business with SolarWorld?

When confronted with review analysis, actual customer comments, and competitor data, it is clear that SolarWorld holds up, standing out as a solid choice on paper for your solar panel needs.

Overwhelmingly, customers and installers alike have found a great value with SolarWorld's products, and they have often been recommending them for years and years.

As mentioned previously, it is hard to find a player in the solar market that has been around for as long as this company has and that is a testament to its build quality, performance, and air-tight warranties. Since we are dealing with expensive pieces of equipment that are meant to last decades, all of these qualities are essential.

Regardless of the installer that you choose to use, it looks like SolarWorld panels will be a great option for your equipment package. Remember, however, that there are always exceptions to every rule and just because many people have had a positive experience does not mean that you will as well.

We urge you to make plenty of phone calls in your own local area to see what customers and installers alike have to say about these products and whether or not they make sense for you.