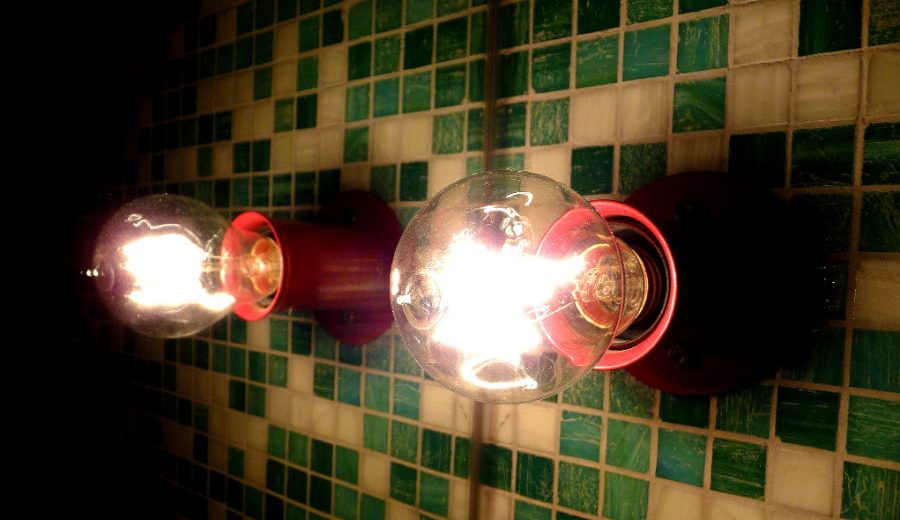 The photovoltaic effect turns light into electricity, instantly, as if by magic. There is no machinery, no power block, no turbines, unlike all other techniques for creating electricity.

This magic happens within a sheet of material that looks to the naked eye just as inert as any other material object.

If a time traveller from the middle ages arrived in the 21st century, and saw a solar panel, he would have no way of knowing that this object can make lights turn on and refrigerators hum (and of course, lights and fridges would also be new concepts too!).

Solar PV is a complete departure from the other easy-to-explain ways we make electricity, that an average mechanically minded tinkerer, even from the middle ages would be able to understand.

Every other way we make electricity involves mechanical parts and rotating turbines.

Our mechanical engineer from the middle ages would understand coal or gas power. He would be familiar with how the force of steam can push a kettle lid up, and so that steam could make a turbine rotate is just another step down that path of steam pushing an object.

He’d be familiar with how fire boils water that makes steam and that burning coal creates the heat that boils the water. 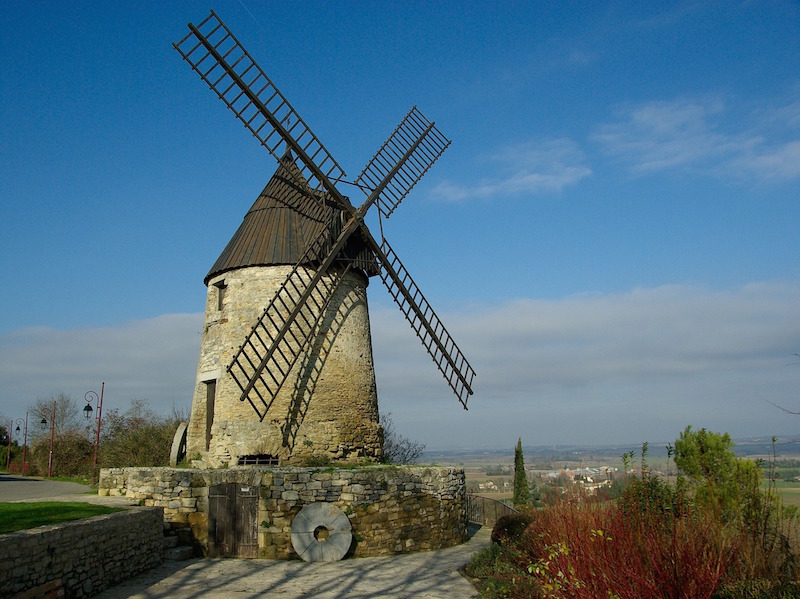 If he is from Holland, he would immediately grasp the connection between the old water mills and windmills of 15th century Holland with 21st century wind turbines or hydroelectric dams.

And visiting a geothermal plant with its clouds of demonic steam issuing forth from the very underworld itself might terrify a superstitious time traveller, but again, it would be understandable – steam does make things move.

A time traveler from the 15th century couldn’t look at the inert sheet of a solar panel and see how it operates. But nor can we. That’s because we just can’t see at the atomic level.

Even in 1977, by which time water heated for swimming pools using the warmth of the sun was already a familiar sight on suburban rooftops, PV was understood as a near magic way to make electricity. In “Photovoltaics: The semiconductor Revolution Comes to Solar,” the magazine Science marvelled at PV:

“If there is a dream solar technology it is probably photovoltaics – solar cells…They have no moving parts and are consequently quiet, extremely reliable, and easy to operate. Photovoltaic cells are a space age electronic marvel, at once the most sophisticated solar technology and the simplest, most environmentally benign source of electricity yet conceived.”

So even in 1977, solar PV is understood as very different; as almost magic.

So what magic happens in a solar panel?

When it is not connected, laying in the back of a truck, a solar panel is just an inert thing, not making electricity.

Just like an extension cord coiled in a toolbox is inert. But plug it into the wall and to an electric light, and electrons flow across the grid from a power plant and through the cord to light up the bulb. Electricity is simply flowing electrons.

Although a solar panel appears to be a just an inert thing, it is designed so that electrons can flow through it, making electricity.

How does the photovoltaic effect work?

At the atomic level, the sun emits its sunlight in photons. And remember, electricity is basically just electrons that are moving. Here’s how photons are used to move electrons: 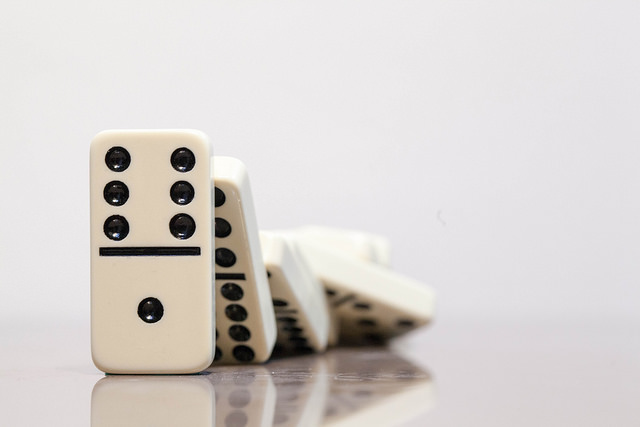 Think falling dominos. Since the sun is pushing out photons constantly as sunlight; we can harness these fast-traveling photons to hit electrons to make them move.

Each solar cell in a typical solar panel has two layers stuck together in a “wafer”. The top layer is loaded with electrons and the under layer has had electrons removed. So when the sun sends photons to hit a solar cell they knock the extra electrons from the top layer to the second layer that has some gaps. This simple movement creates the electrical current from one side of the cell to the other.

Electrical conductors are attached to the positive and negative sides, forming an electrical circuit, and the electrons are now flowing in an electric current, creating electricity.

Like the way you only knock the first domino, for the rest to keep falling over, the rest just keep mowing down the one in front. It’s just as easy to start the motion of electrons by knocking the first one with a photon. 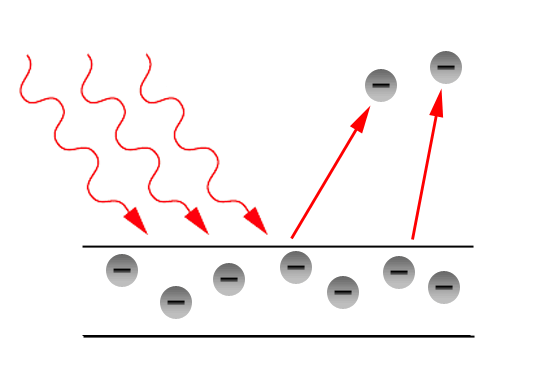 A solar module is made up of dozens of these solar cells made up of what are called semiconducting materials that have been treated to have the surplus electrons on their top layer, and the deficit of electrons in their under layer. Solar modules are engineered so that they will make electricity at a certain voltage. The 12-volt system is common.

Which materials are semiconducting?

The semiconducting materials that have been used in solar cells since the earliest days, such as silicon, are the same kinds used in microelectronics.

But in recent years, other semiconducting materials have been successfully tried and deployed, including CdTe (Cadmium telluride). The leading manufacturer and developer globally First Solar, has 10 GW of CdTe panels in operation and a solid pipeline of another 3 GW currently under construction, based on the performance of its CdTe in utility-scale solar. Research is also ongoing into new semi-conducting materials such as perovskites. 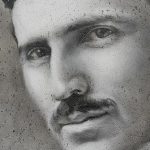 Solar PV makes electricity in DC (Direct Current) but an inverter then converts it to AC (Alternating Current) so that it will play well with all the other electricity on the grid, which is all AC.

This goes back to a battle between Edison and Tesla back when electricity was first being generated. Tesla, who favored AC, won. Edison claimed that an all DC system, which maintained lower voltage on the grid, was more efficient and safer.

Initially Tesla’s AC, where the current alternates its direction, won out as more practical for the cities of the time, and that is the way the grid has remained.

In recent years, however, with the rise of distant wind and solar farms, DC is making a comeback, because it allows power to be transmitted economically over very long distances with the least losses in transmission.

And because DC is more energy-efficient, some appliances now run on DC, such as computers, batteries, cell phones, LED lighting and batteries – all converting AC from the plug back into DC for its higher quality of power.

Here’s how we gradually discovered this magic:

In 1839, the French physicist Edmund Bequerel first noticed that certain materials have a tendency to react to sunlight. He detected very small amounts of electric current: the first signs of the photovoltaic effect.

Almost a century later, in 1905, Albert Einstein described the atomic aspect of how sunlight is shooting out photons and won a Nobel prize for the discovery of the photovoltaic effect.

Another 50 years went by. Then Bell Laboratories built the first photovoltaic module. Far too expensive to develop for a commercial market, PV was then deployed in space starting in the 1960s. Through NASA the photovoltaic technology was able to advance through this kind of government-funded deployment in the space program. 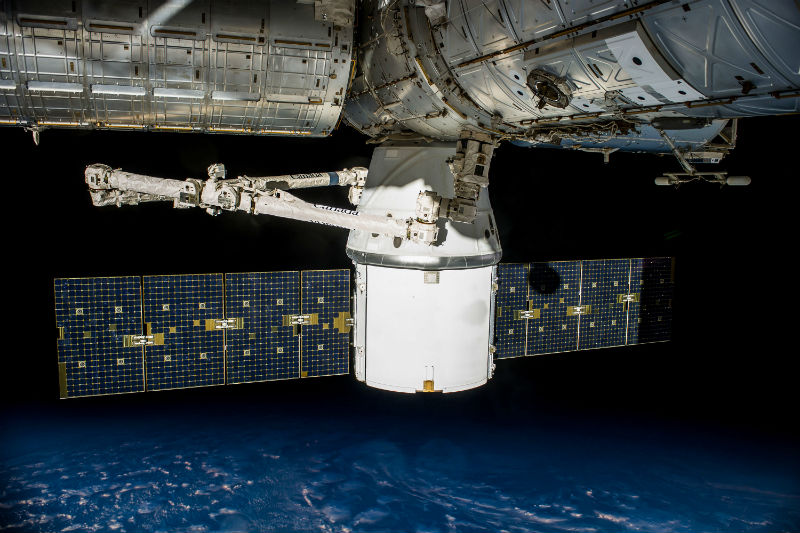 For the next ten years the reliability and durability of solar was gradually established in space, and after the Arab oil shocks of the Carter era, solar PV was given some consideration as an option for commercial deployment as an electricity source for rooftops on earth.

Back then in the 1970s, PV was still very expensive, and only a few oddball hippies took advantage of it. But many of those early panels are still routinely performing their atomic magic, although at a bit less efficiently now after 45 years.

This is how we know that the solar panels made today, and especially the ones using the tried and tested silicon-based technology like those from the 1970s, will still be producing electricity in 45 years from now.

Manufacturers’ warranties are much shorter of course; 25 years. Panels are guaranteed to lose no more than a half percent per year of efficiency. So a 200-Watt panel might be as much as 5% less efficient after 10 years, the equivalent of a 190-Watt panel. But a PV system doesn’t suddenly stop working. A 190-Watt panel puts out almost as much juice as a 200-Watt panel.

Just like a car that doesn’t stop running when the manufacturer’s 3-year warranty runs out, a solar panel will keep on working for at least twice as long as its 25-year manufacturer’s warranty.

Image Credit: via Pixabay and FlickR (1,2,3)under Creative Commons Licence