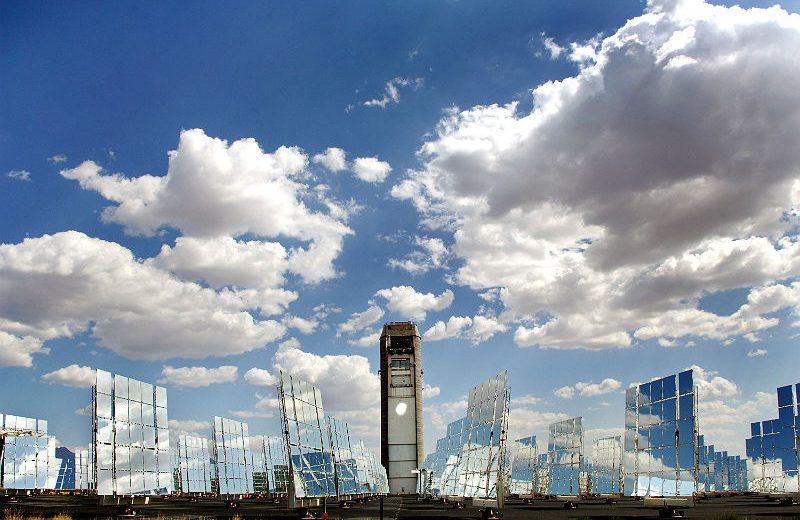 A new, revolutionary technology has emerged called Concentrated Solar Power (CSP), which intensifies sunlight with hundreds of thousands of mirrors.

The Sun has always been regarded as a powerful heavenly body, taking the form of deities dating all the way back to times of antiquity. It’s no surprise that today, technology has also evolved to conjure the power of our Solar System’s star in the form of solar power. Although we’ve dispensed of Egyptian legends surrounding Râ, the almighty Sun God, humans are now going beyond the simple basics of photovoltaics that convert electricity into solar power using the photovoltaic effect.

Similar to focusing the power of sunlight with a magnifying glass, CSP reflects light with hundreds of thousands of mirrors, focuses this heat in a single area and sends it off through a power system. The effects are astonishing, or as to simply put it, will simply “blow your mind”– and particularly these seven facts!

Ever heard of the terms “energy conversion”? It’s pretty much equivalent to “energy transformation”. Light energy in the form of sunlight is no exception, and in this case, thermal energy (which is heat) is involved in the process of generating Concentrated Solar Power. Sunlight heats up fluid in a thermal receiver, which transfers this heat to an engine generator. It’s this engine generator that produces electricity.

2) Concentrated Solar Power can be deployed in four different ways

These exist four types of configurations utilized in CSP technologies. Two of these technologies focus sunlight to a single receiver (dish engine and power towers), while the other two (parabolic trough and linear Fresnel) focus sunlight onto a linear receiver.

CSP systems that use linear receivers are made up of elongated, U-shaped mirrors that are angled towards the Sun. Tubes (called receivers) filled with fluid run the course of the mirrors; this hot fluid eventually boils the water of a conventional steam turbine generator, which then produces electricity. 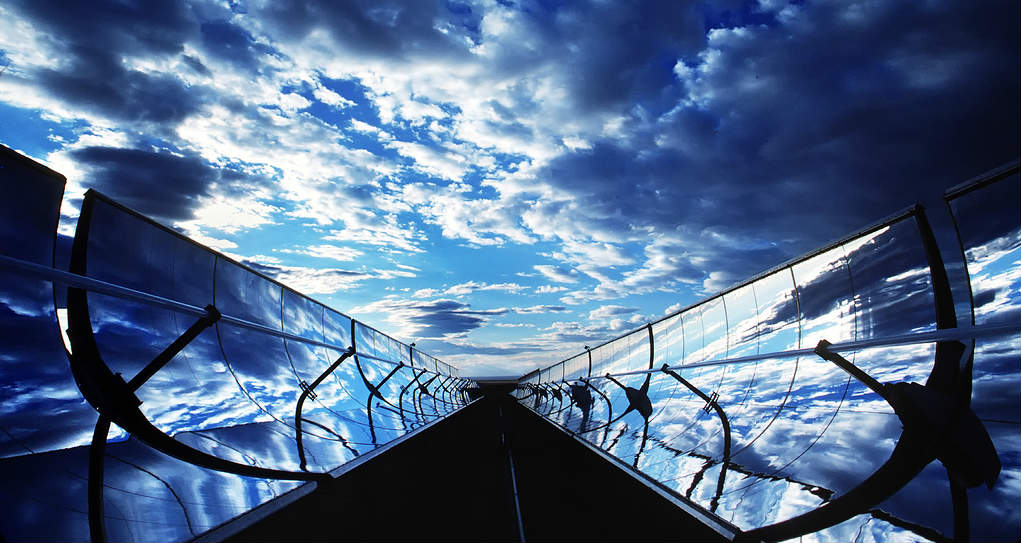 Single receivers, on the other hand, are used in the case of a dish engine (hundreds of mirrors assembled in the shape of a large dish). And as its name suggests, a power tower consists of a field of mirrors placed on top of a sky high tower. Both still use hot fluid to power a steam turbine generator that produces electricity.

While an inanimate object that tracks the movement of our celestial star may seem a bit like science fiction, in this case, it’s not. For instance, a power tower system is made up of “heliostats”. A heliostat (helios is Greek for sun and you can guess where stationary comes from) is an apparatus with a mirror, which turns and follows the Sun’s apparent motion in the sky. This ensures the heliostat always reflects sunlight towards a target– in this case, a receiver on top of the power tower. 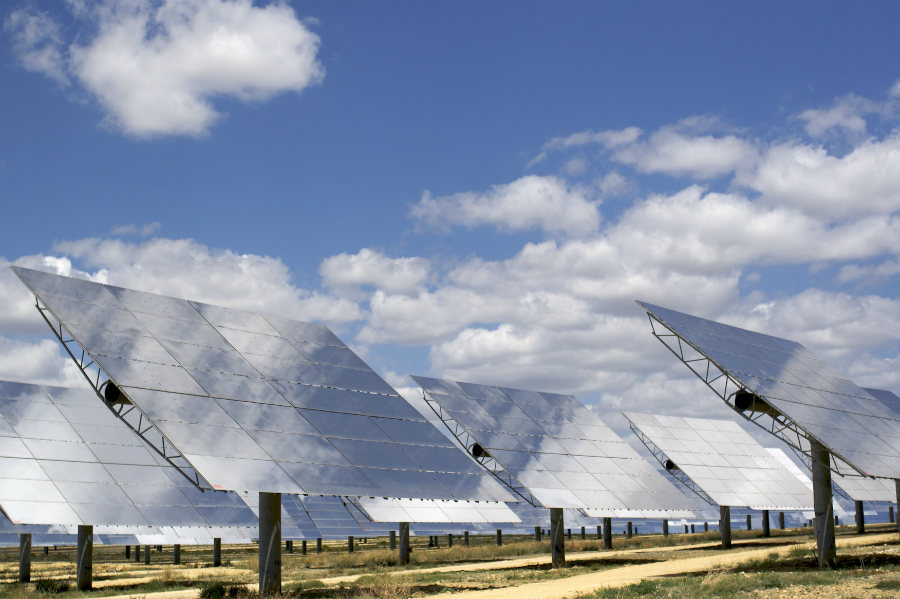 The invention of the heliostat is said to date back to the 1600s, but there’s no need today to burry ourselves in tricky astronomical calculations to ensure a heliostat accomplishes what it’s meant to do. Computers do all the work for us, given coordinates of the heliostats and the direction of their mirrors in regards to the Sun. Signals to stepper motors realign the mirrors as the Sun moves and this is repeated over and over again throughout the day.

Speaking of “over and over again”, CPS creates recyclable energy. Remember how a CSP receptor contains fluid, which gets heated by the Sun? Once this heat transfers over by boiling the water of a steam turbine generator, the heat is recycled and begins its journey all over again. And it doesn’t end there– the steam is also recycled through cooling and condensation.

5) Concentrated Solar Power can be stored for nighttime

Even if the Sun isn’t shining, you can still benefit from Concentrated Solar Power. How? If you store heated fluid properly, you can still use it on a rainy day or when it’s pitch dark outside. This is called thermal energy storage and can reduce the costs of CSP while making it even more reliable and accessible.

Since we can get much more electricity with thermal energy storage, it offsets the small capital cost increase of building CSP plants equipped with thermal energy storage capabilities. In a way, electricity also becomes “dispatchable” as an on-demand service. In fact, we may even be able to dispense of fossil fuel power plants that serve as backup for times of clouds, rain and darkness.

You read right:­ 90,000 homes could be powered by a single CSP plant, which generates about 250 megawatts! And projections keep on growing: it’s estimated that between 11 and 21 gigawatts of CSP could be integrated into existing fossil fuel plants in the U.S. alone.

That much electricity could power between 3 million to 6 million houses. Think about how much carbon emission we could potentially decrease– definitely enough to reduce the dangers of heating up the planet with toxic carbon emission.

Photo Credit: via Wikimedia and FlickR (1,2,3,4) under CC license