What are Common Problems with SolarCity? 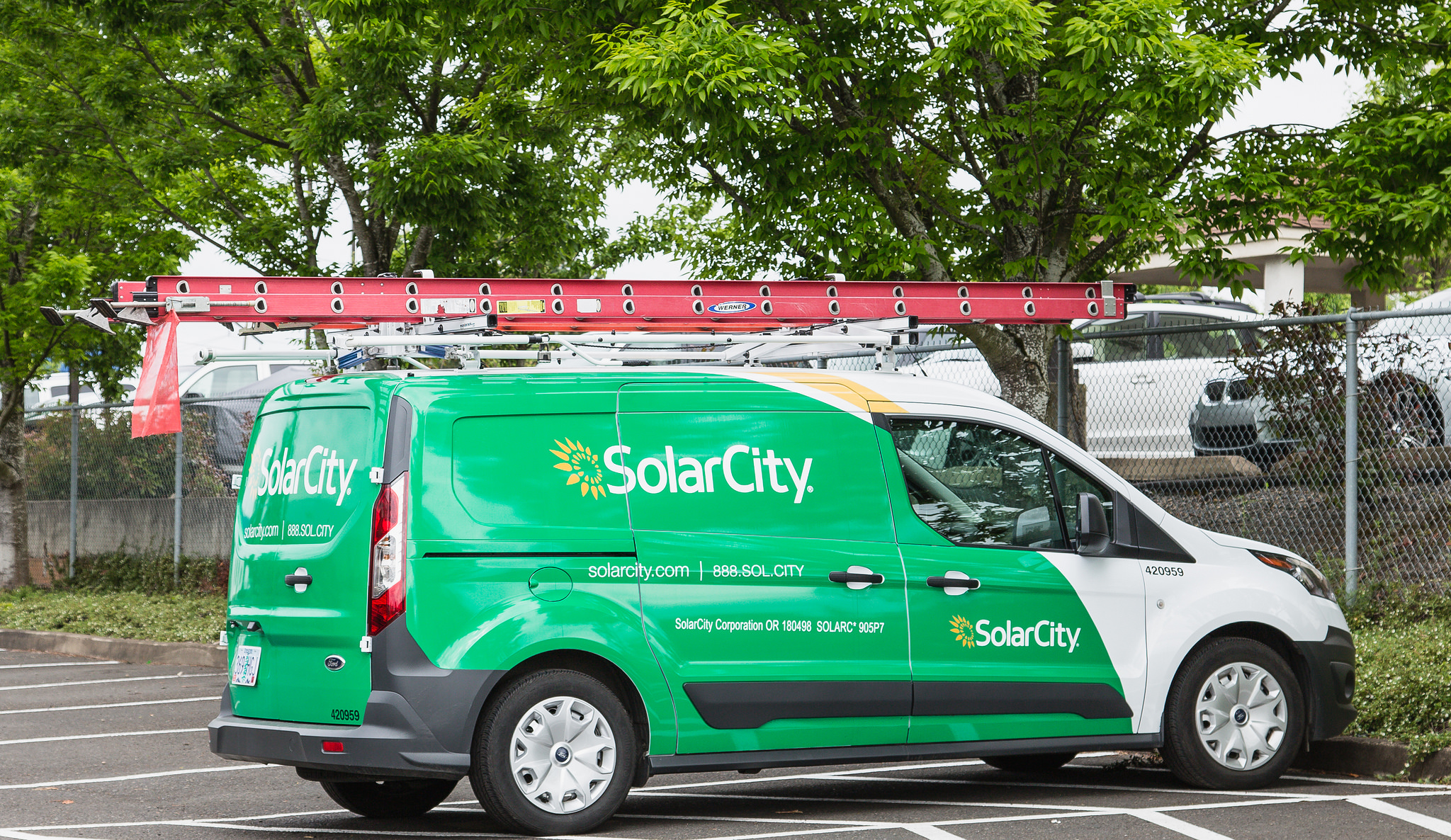 Are There Problems with SolarCity?

SolarCity – more than other solar installer – instills polarized opinions from anyone and everyone who knows a little about the solar industry. Some would put absolute trust in SolarCity (most likely because Mr. Tesla is so heavily involved) while others wouldn’t come close with a 50 foot pole. In fact, some have been saying bailout is a more appropriate label for Tesla’s recent buyout of the still-not-yet-profitable solar installer (though to be fair, unprofitability is common for large national solar companies). With that said, what are the problems with SolarCity?

More on this below.

What’s going on with SolarCity? Let’s find out! Today, we’re looking at the problems with SolarCity itself, not problems that plague the solar industry in general. For instance, we’re not discussing problems with solar leasing or general issues with installing solar on your roof. Instead, we’re looking at SolarCity’s customer reviews, its profitability, and analysts’ thoughts on the health and wellbeing of the company.

The Walmart of the Solar Industry

First things first, if you’re interested in learning about SolarCity, you’ve got to know what you are getting into.

They are, by far, the biggest solar installer in the US, with an 18% market share of the residential solar industry. For comparison, the next two biggest installers – Sunrun and Vivint – comprise about 6% of the market each and so are about 1/3 the size of SolarCity.

SolarCity is kind of like the Walmart of solar: they’re big, offer fair pricing, and have less than exceptional customer service (although very few big solar installers actually have 100% stellar reviews).

If online reviews are any indication, working with SolarCity – like going to Walmart – can be a good experience if you are looking to save money and don’t mind spending extra time scrutinizing warranties, contracts, and build quality. Be prepared to spend additional time – and possibly some frustration – if anything out of the ordinary happens (your roof needs new shingles, for instance) while the company gets everything sorted out. 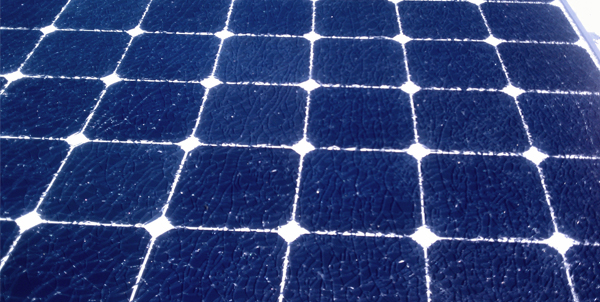 Pretty much all nation-wide solar installers are plagued by bad online reviews. It’s just a fact of the industry (or the internet). However, even in a single company, experiences can vary from one installation branch to the next. One SolarCity branch might be fast with honest salespeople while in the next city over, the branch is less than reputable.

Yelp reviews for SolarCity in San Mateo (its hometown) average 3.5 stars (out of 5, from 453 total reviews). This certainly isn’t the best, but it’s not terrible, either. Sunrun has an average of 3 stars (from 154 reviews) in the same area. Vivint Solar, in its home state of Utah, has a 3 star rating (albeit from only 2 reviews).

With a 3.5 out of 5 star review, SolarCity can and does provide terrible sales or customer service to some customers, but we can surmise that the majority of customers go through the entire process with no issues at all, easily and quickly. For those who aren’t so lucky, here are the most common SolarCity complaints:

While solar technology has been around for 70 years, the burgeoning solar industry is still new, having really exploded in the past 10 years. To many homeowners solar is still a new, untested technology. While on paper going solar sounds good, even those who are interested can have reservations about savings estimates or equipment installed on their roof.

Because of this – and the fact that solar can be so lucrative for an energetic, driven sales buck – the solar industry has unfortunately garnered a reputation for pushy, and sometimes downright misleading, sales tactics.

Here’s a Yelp review from one SolarCity customer in Northern California:

I had the worst experience with a salesperson from this company. He was acting like a used car salesman. I have limited time and funds to lease solar panels…. Yet when it came down to getting the best price they just reverted to the old let me ask my manager bit…. What a waste of time.

Very unprofessional sales staff. They relied judgement on outdated space imagery data, and said that a tree was casting shade on the roof. I told them that the tree has been trimmed, is no longer as tall and doesn’t cast a shade on the roof. They wouldn’t take my word for it. I’ve decided to go with a competitor who listened to me patiently.

Many customers also write horror stories about their experience working with SolarCity after the contract is signed. Complaints typically fall within a few different categories:

From a customer in Arizona:

I would give less than one star if that were an option. Worst customer service ever. I was told our system would be installed within 4-6 months of contract signing and it’s been almost 8 months. System is installed but failed city inspection. Referred another customer and never received the promised referral money. I have over 50 emails back and forth with their customer service department which is useless. All they do is give you standardized responses.

And from Northern California:

This is a company that seems only interested in advertising and sales. If you press them for details or ask hard questions, they start to weasel. I finally had enough and am looking at other companies.

If this truly is SolarCity’s pricing system, there are some serious flaws. This structure is fine for a smaller sized installation, but potentially overprices larger solar installations, since many costs (like sales, permitting, office space, engineering and customer service) are fixed – are the same no matter the size of the installation.

With this pricing system, SolarCity makes more money when you agree to a larger installation. It should be obvious what this could easily lead to, so be wary if a salesperson or other staff member seems extremely eager to upsell you a larger installation than you originally wanted.

SolarCity Is In Debt

First off, pretty much every large national solar installer is in debt. Think about it: these companies made it big with solar leases, where the installer pays the installation cost upfront and homeowners repay that cost, usually over a span of 20 years.

So SolarCity pays for your solar installation, and it takes 20 years for you to pay them back. As a new company, they need some serious capital to make this work. When the company went public in 2012, it raised $92 million at its IPO.

But even now, in 2017, SolarCity has yet to see a profit. To be sure, they’ve seen incredible growth in revenue each year – 41% annually since 2012. But this growth is pulled back down by rising operating expenses – which are growing at twice the rate of their revenue.

The real concern, though, comes from SolarCity’s constant need for new funding (and increasing debt) to continue their business, leading some to call Tesla’s purchase of SolarCity a bailout more than a buyout.

If things continue as they are, this could spell doom for SolarCity. The worst part? The homeowners who contracted with SolarCity for their leases and PPAs might suffer, as all their contracts will likely be bought by another company. 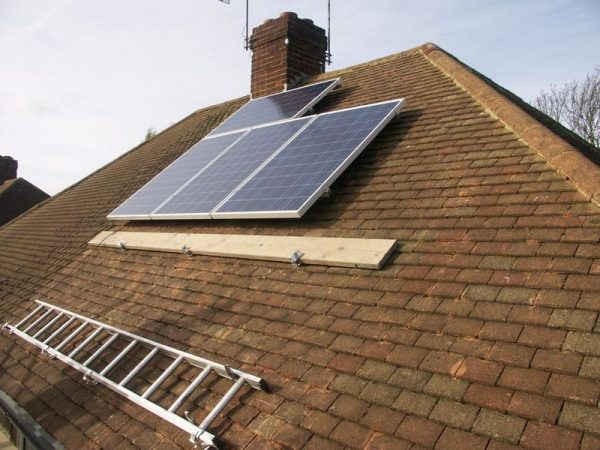 Do These Problems With Solar City Mean You Should Avoid Them?

As we’ve seen, SolarCity has its fair share of issues. Homeowners have reported shady sales practices and poor customer service. The company is swimming in debt. No one really even knows what the future of the company looks like.

But still, SolarCity is in good company, as other big solar installers are seeing the same issues.

Knowing this, what should you do when you want to go solar?

First, read online reviews for your area’s branches of all the big installers. Secondly, look for some local installers as well. They might be more expensive, but as they are smaller and work with less customers, they can typically provide more hands-on customer service and faster turnaround times. Lastly, no matter what company you work with, read through every document carefully before signing (and I mean every document), calculate your own financial savings (don’t just rely on the estimates they provide), ask questions, and be sure to get clear responses.

Having a great experience installing solar is all about knowledge, so do your homework!