Why are Solar Panels Inefficient? 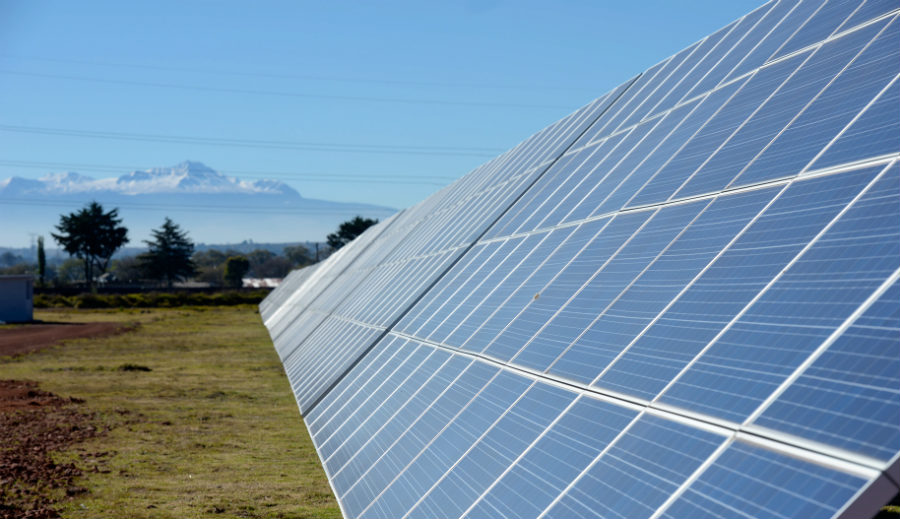 Inefficiency is widely misunderstood by the layman. Here’s a test of your understanding:

Answer: They both work just the same: they both put out the same identical power; 250 watts.

So what is the difference? Just that the 15% panel will be a little bigger. That’s because it simply needs a bit more space to make the same power.

You actually cannot harvest 100% of the sun’s light with photovoltaics, because of the laws of physics. The sun puts out a spectrum of radiation and not all of it is light, some is heat.

The maximum sunlight available to be captured by PV, just by the law of physics is about 33.7%

The 1961 Shockley-Queisser limit uncovered this fundamental fact of physics.

Physicists William Shockley and Hans Queisser at Shockley Semiconductor were the first to calculate the detailed balance limit: the maximum theoretical efficiency of a solar cell using a p-n junction to collect power from the cell. Their finding of this limit is widely considered the one of key contributions to understanding solar energy potential.

In effect, it says, that in ideal sunlit conditions about 1,000 watts of sunlight fall to earth per square meter, and of this, only up to about 33.7% can be utilized in photovoltaic solar.

For example, silicon has a maximum efficiency of 32%. The current commercial mono-crystalline cells are now about 24% efficient, because other constraints like reflections and the tiny shadows from the metal wires are further reducing the amount of sunlight accessing the solar cell.

Concentrating multiple suns is one solution, but clunky

Concentrated PV (CPV) is a tiny market and more trouble than it’s worth – literally. The CPV idea is to get to closer to the 86% maximum efficiency possible with CPV, simply by concentrating the potential by reflecting so many “suns” using lots of tiny mirrors focused on each solar cell that you increase the efficiency that way.

But all the elaborate extra material it takes to make these kinds of very clunky solar panels – they are often 10 or 11 inches thick – cost so much that they are much more expensive. The best evidence that efficiency is not a big deal to the market is that companies focused on efficiency with CPV have been falling like flies.

The only place efficiency actually matters is in outer space, or on tiny electronic devices (Alta Devices). That is because, for these two applications; size does matter, more than cost.NASA is only sending one probe and money doesn’t matter.

The rest of the radiation is heat, and so more solar energy can be captured by solar heating technology such as solar hot water heaters and at the utility-scale; solar thermal electricity plants which use the sun’s heat to boil a liquid into steam to run a turbine like a geothermal plant.

But for solar panels to power a home with electricity; the efficiency (in other words; the amount of space the panels need to make the amount of power needed) is perfectly adequate for making enough power to meet the average homeowner’s needs.

In other words, solar is efficient enough. It works 100% to do the job we need it to do

Assuming a home has a living room and a kitchen a bathroom and a few other rooms like a study and a bedroom or two, chances are, its roof has enough space to power that (with panels of about 15% efficiency and above).