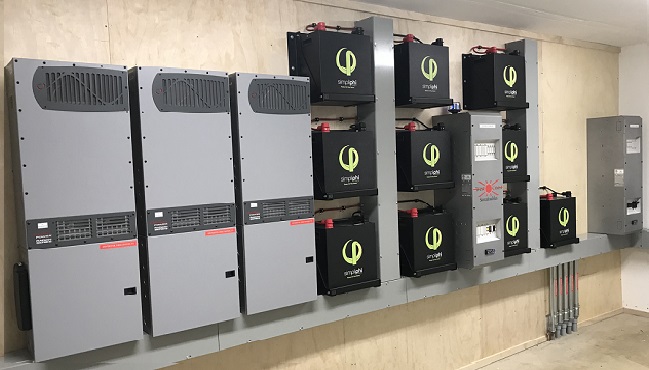 Simpliphi found a way to improve one of their bestselling batteries

Simpliphi manufacturers some of the most reliable, cost-effective lithium-ion batteries on the market – lasting longer than pretty much anything else out there, including the Tesla Powerwall. In April 2018, Simpliphi announced updates to their popular Simpliphi 3.4 and 2.6 kWh batteries – making them cheaper and with greater capacity. Let’s take a look at these new batteries and see what they have to offer!

Simpliphi 3.4 battery is now the 3.5, but uses same LiFePO technology

With this new update, Simpliphi replaced their popular 3.4 kWh battery with the new and improved PHI 3.5. It contains their go-to lithium-ferro-phosphate technology, a type of lithium-ion battery also known as LiFePO or LiFePO4. LiFePO batteries use iron cathodes inside in place of cobalt, a potentially dangerous element used by many lithium-ion batteries.

While cobalt allows lithium-ion batteries to have higher energy density (ie more electricity in the same dimensions), it also creates a risk of thermal runaway – basically a chain-reaction chemical fire inside the battery – due to cobalt’s intrinsic instability.

Simpliphi sidesteps this whole safety issue by removing that potentially dangerous ingredient from all their batteries, including the new PHI 3.5 and PHI 2.7. Without cobalt, LiFePO batteries are safer and non-toxic as well, making them a much more environmentally-friendly option than other lithium-ion battery technologies.

Like any lithium-ion battery, Simpliphi batteries are maintenance free. No need to check electrolyte levels or add water. And since they’re completely sealed, there’s no risk of corrosion on the terminals or tipping over and leaking. In fact, you can place them on their sides! 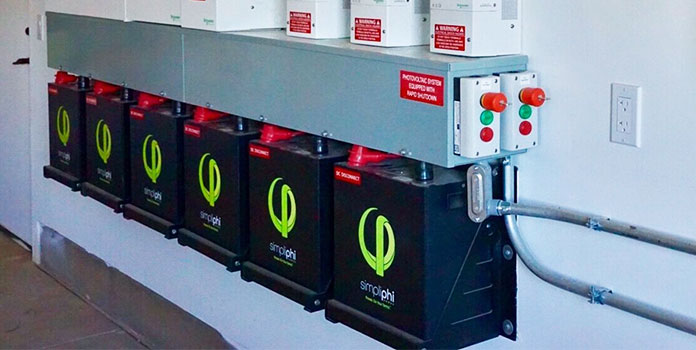 The biggest selling point for Simpliphi’s PHI 3.5 is its incredibly long cycle life. Discharging down to 80% of its total capacity, Simpliphi claims the battery will last a shock-inducing 10,000 cycles. That’s 10x more than the average lead-acid battery and 3x more than many other lithium-ion batteries!

All of Simpliphi’s batteries enjoy a handsome, muted appearance. It’s a simple black box with 2 terminals on top. There are small indentations on each side to act as handles, but other than that they’re surprisingly simple and pleasing to the eye.

The PHI 3.5 can be used as a standalone battery or connected with others to create a larger battery storage system with greater capacity. Simpliphi batteries cannot be connected in parallel to increase voltage, but can be connected in series to increase amperage. The PHI 3.5 comes in 24- and 48-volt models, but there’s no 12-volt option. That means it is not really designed for tiny off-grid systems, but rather to supply backup for medium to large-scale systems.

The PHI 3.5 is incredibly efficient, enjoying a 98% operating efficiency. In comparison, the DC-Coupled Tesla Powerwall (ie, the one without an inverter) comes in at 91.8% efficiency. With the PHI, you’re getting about 7% more electricity than with the Powerwall, allowing you to see a return on your investment a little faster.

Each PHI 3.5 holds 3.5 kWh of electricity (138 amp-hours for the 24 volt option, 69 Ah for the 48v). That clocks in a little over 1/10 of the average US home’s daily electricity usage of 30 kWh. As mentioned, these batteries are designed to be stitched together for greater capacity, so about 10 of these would cover 100% of the average home’s usage (although that’s a very big battery bank!)

You’d need just 4 of these to oversize the Tesla Powerwall’s 13.2 kWh capacity, and at 14 kWh, you’d have enough power stored to both save money daily by avoiding high priced electricity (if you’re on a time-of-use rate) and also act as back-up electricity if the power goes out. By only running bare bones appliances (no air conditioning!), you can make that 14 kWh last quite a while.

The PHI’s max continual discharge current is 45 amps for the 24v and 34 amps for the 48v, equivalent to about 1 kilowatt of power. If you connect 2 together, you’ll double that max current. If you put 4 batteries together, you’re up to 4.3 kW – enough capacity for even large-sized clothes dryers (which use a LOT of energy!)

Simpliphi batteries can also operate in a wider range of temperatures than the Powerwall. The PHI 3.5 can function from -4° to 140° F. That’s almost 20° hotter than the Tesla Powerwall can handle, making the PHI a better choice if you live in an area prone to extreme heat.

Unlike the Powerwall, though, which can be installed either inside or outside, PHI batteries must be protected from the elements – you can’t just install them on the side of your house. Instead, you’ll need a safe, dry, preferably climate-controlled space to install them, either on the wall (using the tailor-made wall brackets) or on shelves.

How much does the Simpliphi PHI 3.5 cost?

Calculating in the batteries’ efficiency, discharge, and cycle life, the PHI 3.5 can theoretically store about 27,816 kWh over its entire lifetime. That breaks down to a shockingly-low cost of $0.12 per lifetime kWh for the 24-volt model, and $0.10 per kWh for the 48 volt:

Now don’t forget, this cost doesn’t include labor and the cost of additional equipment like wiring, wall brackets or shelves, and the inverter – which can potentially add thousands more to your installation costs.

Even still, with the average US utility charging $0.13 per kWh for electricity, Simpliphi’s 3.5 battery’s low lifetime cost offers a pretty good starting point for battery storage, especially when you consider the extremely high cost of electricity in places like Hawaii, California, and Massachusetts.

How does this price compare to the Tesla Powerwall? We previously calculated the $/lifetime kWh cost of the Powerwall (which sees the same price for both the inverter and inverter-less models) and found they work out to around $0.15 per kWh (before installation), so you’re actually spending less money with the Simpliphi option.

Looking at other lithium-ion batteries, Simpliphi’s costs hold up pretty well. As a comparison, manufacturer Discovery’s 2.8 kWh lithium-ion battery is smaller than the PHI 3.5 and costs $3,475, a few hundred dollars more. 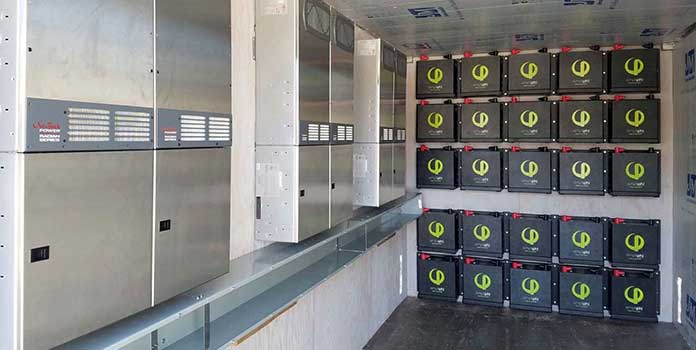 If you’re looking for a battery storage system, you can’t get better than Simpliphi batteries. The only downside is the high cost of lithium-ion batteries, and even there Simpliphi has other manufacturers beat.

At the current time, battery backup itself just doesn’t make financial sense for most homeowners across the US. In most states, utility-sourced electricity is still too cheap to justify installing a battery system. However, if you’re in a high-priced area and suffer from exorbitant time-of-use rates (California, we’re looking at you), batteries in general – and the PHI 3.5 specifically – might just make sense.

Have you installed any of Simpliphi’s products? Tell us about your experience in the comments below!

If you’re interested in installing solar panels to go with your battery backup, take the first step by reaching out to a few installers.