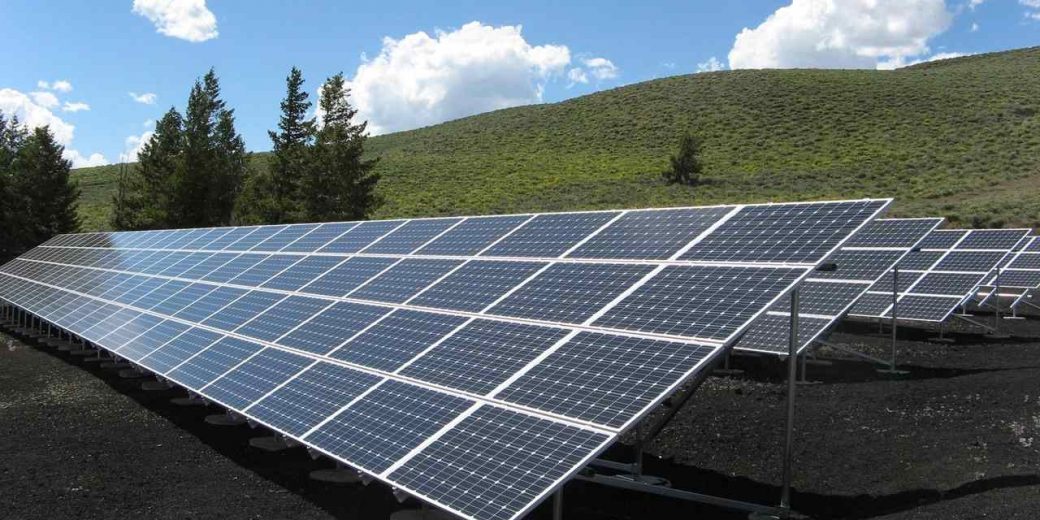 As we’re getting closer to Election Day, it’s a good time to reflect. We see democrats and republicans (or at least two specific democrats and republicans…) seemingly at each other’s throats – name calling, bad mouthing, and generally being poor sports. At a time like this, when the political situation is somewhat dire and it looks like these two sides will never be able to agree on anything, there’s one topic that republicans and democrats, at least in the general public, agree widely on – solar energy!

Numerous polls have found that regardless of political leanings, all Americans simply love solar energy and want to see it expanded in the future. Polls in 2012, 2014 and now a recent Pew Research Poll in 2016 continue to have the same results – that people just love solar.

Let’s look at these findings and try to figure out why we’ve all taken such a liking to this particular renewable energy.

The 2016 Pew Research poll found that 83% or more of both democrats and republicans are in support of expanding solar energy in the US. In comparison, 14% of democrats, but 73% of republicans want to expand the use of coal – a gap of almost 60%. Wind energy sees similar results as solar, with the majority of the population in favor of expanding its use.

In addition, the poll found that 4% of homeowners have already installed solar panels on their roof, and 37% of homeowners in the US have considered installing panels on their roof. When we look at only the western states, that number jumps to 66%, likely due to the west’s high electricity rates, high solar irradiance which allows panels to produce more electricity, as well as good financial incentives from states and utilities.

Saving money is the top reason homeowners go solar, with 92% of poll respondents claiming so. The second most popular reason, to help the environment, garnered 87%. These two values, saving money and helping the environment, seemingly already bridge the gap between republicans and democrats – with solar panels seen as financially responsible decision as well as good for the environment. In this tumultuous time, solar provides a topic that all can agree on, regardless of political leaning – a welcome relief from the current political situation that is prone to discord.

To illustrate this issue further, the Florida legislature is attempting to pass a bill into the state constitution that many see as anti-rooftop solar and a bid to strengthen the utility’s hold over the solar industry. Environmentalists in the state, as well as the Green Party have partnered with – who else? – Florida’s Tea Party chapter, one of the more conservative groups in US politics, to fight the bill.

Tea Party members see the bill as constricting individual choice in regards to energy and the Green Party sees it as stifling the local solar energy industry.

Why do Americans love solar?

Unlike any other electric generation type that has come before, solar embodies many of the values that Americans hold, and this is partly why it is such a hot-button issue in so many states. A homeowner that installs solar on their roof decreases their dependence on electricity from monopoly-like utility companies, all the while taking control of their energy use and increasing their independence and self-reliance. Many homeowners see going solar as financially responsible – saving thousands of dollars through a long-term investment. Financial responsibility and self-reliance – a  value strongly held by republicans. Solar also decreases carbon emissions and has less impact on the natural world than coal or natural gas – a value typically held by democrats. Solar truly ‘crosses the aisle’  and is a technology that everyone feels brings value to the US in some way or another.

The majority of US citizens also agree that the US government should provide greater funding to encourage growth of the solar industry. However, politicians and the industry are not agreed on how to provide that support and, more importantly, when that support should end. Currently, the solar industry is propped up by the 30% federal tax credit as well as numerous state tax breaks and utility net metering agreements. As we saw in Nevada in 2006, when solar companies left the state due to a change in regulation that allowed lower financial returns for homeowners in net metering agreements, solar companies need each one of these incentives to provide homeowners with solar installations that are financially beneficial. What is not agreed on is at what point the solar industry can stand on its own feet without government incentives – when the price of solar installations will decrease to the point where these incentives are unnecessary for the industry.

With many states setting renewable energy mandates – requiring a certain percentage of electricity generation come from renewable energy – this argument almost becomes a moot point. States like California, Hawaii, and Pennsylvania have set goals of 2% to 100% renewable energy by 2020 to 2045. These almost guarantee solar industry growth and research, leading to decreased costs as more installations arise. It’s just a matter of time before the tax breaks run out and hopefully the industry has matured itself enough to be ready for it.

As we move forward in meeting these mandates, federal and state politicians can rest assured that the vast majority of the population is in support of expanding solar energy. They’d have to do a pretty poor job of communicating or implementing these mandates and industry expansions to lose this broad support of one of the few cross-aisle topics our nation seems to have right now.