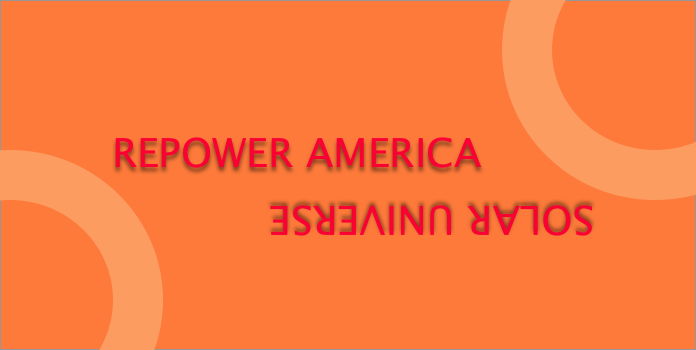 What are real customers saying about REPOWER America, formerly known as Solar Universe?

Solar Universe/REPOWER is a unique company that enjoys great reviews, though that does depend to a certain extent on location. Today, let’s dive in and see exactly how this company works and what makes them so special. We'll also see what real customers have to say by analyzing a few Solar Universe reviews, eventually helping you decide whether to work with this unique company.

Solar Universe is a major player in the California solar industry. While still somewhat small compared to giants SolarCity and Sunrun, the company has installed 10,500 systems since 2008 and incorporates over 190 installers.

The story behind this company is somewhat peculiar. Back in 2008, Solar Universe founder Joe Bono owned several Quizno fast food franchises in California. Seeing an opportunity in the solar industry for a business with a similar structure, he sold off his restaurants and began Solar Universe. It was rebranded as REPOWER America in 2017.

As a franchise, the company is structured a bit differently than other solar installers. ﻿﻿SolarCit﻿﻿y, the biggest residential installer in the US, is a ‘vertically integrated’ company that owns and operates the entire installation process – from sales to installation to financing. While they have many branches across the country, each branch is owned by SolarCity.

Sunrun – the 2nd biggest residential installer – does business a bit differently. Instead of owning every part of the installation process like SolarCity, they contract out installations to local 3rd party installers. These companies are completely independent and likely work with Sunrun, a couple other installers, and sell their own systems as well.

Sunrun posits that hiring out the actual installations leads to lower overhead costs and, by extension, lower total installation costs (though historically Sunrun's been more expensive than SolarCity. That’s another story, though).

REPOWER America, on the other hand, is completely different than both of these. It’s just like any fast food franchise. A local businessperson can start a Solar Universe ‘branch﻿’, pay a fee, slap the Solar Universe name on their business cards, and still retain ownership of the company.

The idea behind this structure is that customers can enjoy more hands-on and attentive service from a small, locally-owned business, but the lower prices and bigger selection that a national chain with greater buying power provides.

Despite installing over 10,500 systems, REPOWER America is still on the smaller end when compared to other nationwide installers. As of 2017, they've installed about 50MW of solar. In comparison, SolarCity installed 870MW in 2015 alone. While few companies can compete with SolarCity’s reach, it illustrates REPOWER's size. They're big compared to most installers, but not on the same level as the US’ biggest companies. 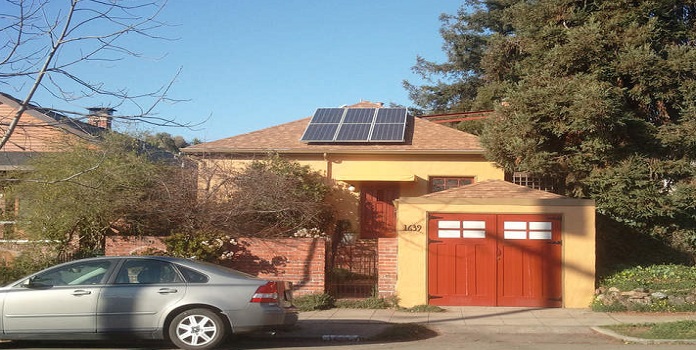 Despite their smaller size, REPOWER has actually racked up a few superlatives during their lifetime. Since 2012, they’ve ranked on Franchise Magazine’s 500 list and they’ve earned the highest net promoter score in the solar industry for 4 years – a mark of quality customer service.

Of course, with REPOWER being a collection of locally-owned businesses, it’s impossible to give a single review score for the company as a whole. Each franchise will provide varying degrees of customer support, service, and installation quality.

Let’s take a look at actual customer reviews to gain a better understanding of how REPOWER America treats its customers. Since it’s a collection of independent franchises, instead of looking at reviews for REPOWER as an entire company, let’s look at local Yelp reviews for individual branches. Review numbers are accurate as of October 2017.

Roseville/Sacramento Franchise (3.5 out of 5 stars, based on 8 reviews)

The Roseville/Sacramento branch sees a decent 3.5 out of 5 stars on Yelp. While not perfect by any means, that’s actually a pretty good score for solar installers. Most people seem to enjoy their experience going solar with this branch, but there are those who complain about extremely poor communication practices.

Let’s start with the positive reviews. Here’s Ignacio discussing his salesperson’s helpfulness and the company’s professionalism:

“My sales associate [name removed], explained everything in such detail and explained the whole process very clear. He answered all my questions and concerns and he was very friendly which made everything go smoothly.

After deciding which plan worked best for me, I was contacted by Solar Universe at several points to let me know how the whole process was going.”

On the flip side, here’s Jay discussing the company’s lax approach to customer service and communication during the installation:

“Do not use this company unless you are ready to baby sit them and are ready for many communication issues. I had to contact them continually to keep the deadline they agreed to in the contract. We went through multiple versions of the contract before it included everything we had agreed to verbally.”

Pleasanton, CA franchise (5 out of 5 stars, based on 18 reviews)

The Pleasanton branch of REPOWER seems to know how to install solar! A perfect score and fantastic reviews. Of the 18 reviews, only 1 user gave less than 5 stars, due to the company misunderstanding the solar panel warranty (whether or not that was intentional is unclear) and the length of time it took to get a refund.

While a company should thoroughly understand the warranties of the products they’re installing, the rest of the reviewers praise them for each facet of the installation process.

Here’s David discussing the ease of his project:

“The RePower team was all over the project, arriving as agreed and getting to work. Everyone we dealt with, from sales [name removed], office [name removed], to everyone on the install crew was friendly, polite, and easy to work with. This was a pain-free process from start to finish. RePower did experience a supply issue with our high-end solar panels, and kept us posted as to the delay and amended timing. Although a bit late, the panels arrived in good condition and are up and running on our home. Because they are clearly a high integrity organization, RePower voluntarily provided incentives to us to compensate for the delay, and this was very much appreciated.”

And JY praising her salesperson and installation process:

“[Salesperson] was knowledgeable about the market and a pleasure to work with. She provided honest and insightful advice on the different opinions and was responsive to our follow up questions. I also appreciated the fact that she was present during the installation and inspection process to make sure everything went smoothly. My husband and I are pleased working with [salesperson] and the installation people, they are very professional and polite and really went above and beyond our expectations.”

Again, REPOWER blows it out of the water with a 5 star rating. Customers only have good things to say about the Santa Rosa branch.

“RePower is as professional as anyone could expect. Every appointment was made on time. Every commitment was met or exceeded. The April 2016 installation was very neat and there were no problems passing the city inspection. We had our system up and running several weeks earlier than expected. The sales person we had was informative, experienced and knowledgeable. He clearly explained all our options for the system design, list of manufacturers and financing options (although we chose to purchase outright). There was no sales pressure.”

Of the 26 reviews, only 1 reviewer gave less than 5 stars. The homeowner wanted to install a ground-mounted system on a complicated site and REPOWER was less than thrilled about the difficulty of the installation, with installers complaining directly to the homeowner. Eventually, the homeowner went with another company.

Here’s the overall scores for a handful of other REPOWER America branches as well: 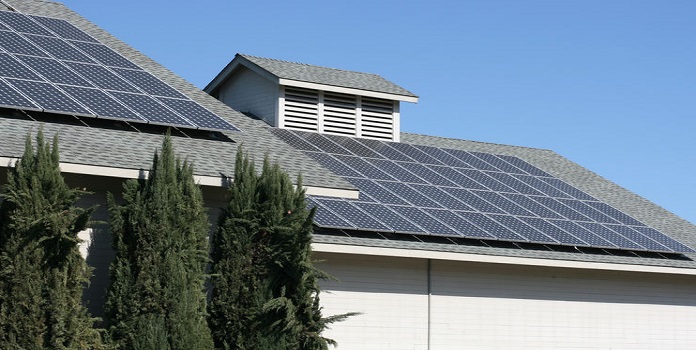 Despite being a collection of independent businesses, REPOWER seems to be able to provide consistently great customer service and quality installations for customers. And while our analysis is based on less than a hundred reviews – a much smaller sample than what we find for other national companies – the scarcity of 1 and 2 star reviews proves that they can, and do, provide consistently high customer support.

The biggest detriment to REPOWER America is their small size and lack of information online. On their own website, they don’t provide any information on the equipment they offer or available financing (we’ve seen from the reviews that they offer cash, loans, and PPA/leases, but REPOWER doesn’t lay that out on their own site). Also, finding customer reviews of individual franchises outside of California – their home base – is also next to impossible, likely because of their size.

Well, most installers – especially big, nationwide companies – most certainly do not enjoy 5 star reviews, or anything close to that.

SolarCity suffers from 2 out of 5 stars on Yelp, based on 272 reviews, for their San ﻿Mateo ﻿branch. Customers complain of poor communication and poor customer service, especially in after-sales support. The San Francisco branch of Sunrun enjoys a mildly-higher 2.5 stars based on 161 reviews, with customers again complaining about service and support after installations are complete.

Both of these scores pale though when compared to REPOWER's near perfect scores across the board.

#4 Should You Work with REPOWER America? 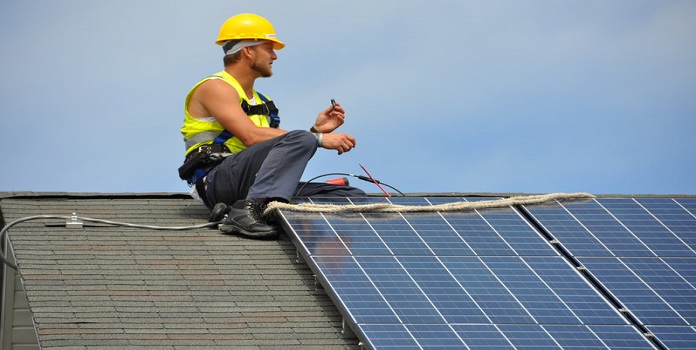 It's time for the big question: should you work with REPOWER America? While all the reviews point to the affirmative, with over 190 installers, it’s hard to give a blanket ‘yes’ to that question.

In the section above, we looked at reviews for 5 of their installers in the California market. If you’re in one of those areas and can work with one of these branches specifically, it seems like you’d be in good hands working with REPOWER.

However, some branches – especially in the northeast states - suffer from little to no information online and actual customer reviews are quite scarce. This isn’t to say working with them is off the table, but you’ll need to do some localized research to vet their professionalism and quality. Ask around to friends and family to see if anyone’s worked with them before.

If the California branches are any indication, you’ll be in good hands with any REPOWER branch, but it’s up to you to ensure that’s the case in your area!